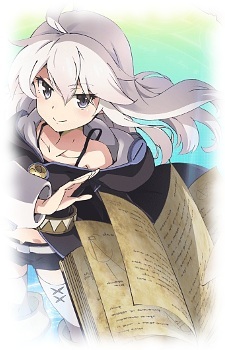 Don't forget to save and rehost!
Please post here if there are any problems.
Cards by: Shuuka

Hirugiku Mar 15, 2018 1:29 AM
ah i see, you are one of those people to pick up only a few seasonals huh. I suggest taking a look at more seasonals next season, i think you'd be interested in more of them, even if im not sure which kinds of animes you like.
Ayyyy im happy for you my date a live fan, you are not the first one i have, im happy for you all <3 most of you are Kurumi fanstraights.
Definitely watch sao's spinoff. 3hz studio MUST WATCH!!!
You definitely are watching some omega popular animes next season tho huh.

Hirugiku Mar 15, 2018 12:06 AM
wixoss <33333333 I actually started with Lostorage, i liked it a ton and then watched the original wixoss and wow.... just wow.... and now we get a season 4 combining all characters from both Wixosses., aaaah <3 Also feelsdamngood to be a fan of a series that gets new seasons <3 thats what you get for being one of the few animes about an actual card game. Damn tho next season is just a sequel galore. Feelsgood that i'm not gonna watch all those overhyped super mainstream probably great anime. Im content with having my small list of sequels for next season <3 Im happy for all the fans that get neew steins gate season and so on.
What are you hyped for next season?

Your profile is fineee, i gotta admit im jealous of Ginko, its so well made, she is like glued to the wall and it doesnt even look like an image thats the best thing.
Is this your only favorite OP and ED btw? I dont like kakegerui op at all, but i love Tanya's ED :)

MisoSmart Oct 27, 2017 7:20 PM
Hi there! it's nice to meet you :D I've recently made a new club and I'm looking for new members to join. The club is called "Midnight Snack" and is all about making friends and discussing things. A bunch of activities will be made in the near future when we get more members.

GlowingAura Oct 14, 2017 12:43 AM
Yeah, I don't like how things got dark.... it reminds me of a manhwa called untouchable which is also about a female vampire being attracted to a human.
You have Kishuku Gakkou no Juliet in your plan-to-read list, I recommend it! There are only 23 translated chapters out at the moment but it's good.

GlowingAura Oct 14, 2017 12:26 AM
Wow you have all the best girls on your favourites list, especially Urara and Zero ♥
I see you have Orange Marmalade in your favourites! I cried my eyes out near the end of that one.

Damn I haven't seen anything on your favorites list save Toradora and about 200 episodes of One Piece.

Gay4Pay May 14, 2017 12:21 PM
My sister really hated working at Subway and I hated working at Target.
...I'd encourage you to steer clear of large corporations with lots of middle management people. Right now I'm employed at a small nonprofit and my bosses are really lax and easy to talk to.