by Sakana-san
Jun 24, 2016 9:01 AM | 19 Comments
The official website for Wit Studio's upcoming anime adaptation of Mahoutsukai no Yome has announced cast members and an additional staff member. Music will be done by Junichi Matsumoto, who received the Japanese Academy Award for Best Music in 2014. The website also revealed character visuals, a key visual (pictured), and trailer for the first episode, which is set to premiere in movie theaters on August 13, 2016 and will run for two weeks. 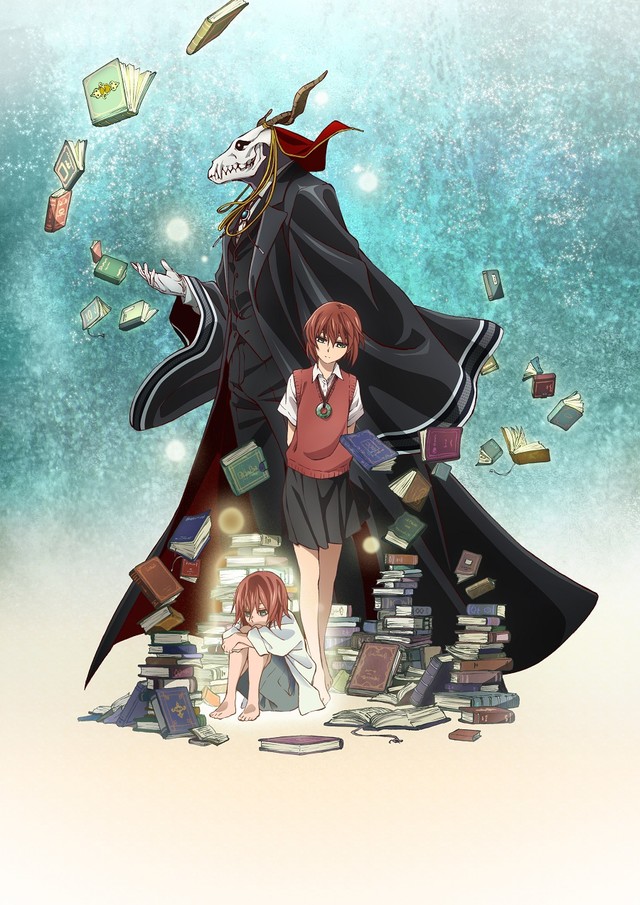 Looks great, hope it does well so we can get a proper TV adaptation later :D

From animation to characters' design, to visuals, to OST...I'm loving everything. Very magical and fantasy-like. Hopefully, it won't let down.

The red haired girl looks like a sadistic Shirayuki.

Huuuuu... At the title I thought suddenly that finally also Mahoutsukai no Yoru adapting would, but what for a disappointment...>_>

Gonna look forward to the Dubbed version since the anime setting is on Europe.

haaaa----the trailer---it's good!
can't wait to see this TTvTT finally... (even though it's just OVA, but it's better than nothing)

currently trying houzouki no reitetsu, it's also very good... i have faith on them...

Oh man, this looks so good! I wish we could get a TV anime, which the series definitely deserves, but this will do. I'm counting on you, WIT.


thepath said:
The girl looks similar to the one in Akagami no Shirayuki-hime anime
If you like Shirayuki-hime, you might also like Mahoutsukai no Yome. Bear in mind that they are similar but also very different.

OMFG HYPED AF!!
THE TRAILER LOOKS SO GOOD!
BLESS U JAPAN<3
The most anticipated anime for me<3

5shin said:
deeenng OVA?? I thought it was going to be TV x_x
but that key visual pleases my eyes *-*


Stark700 said:
I hope it will get a TV anime adaptation in the future. PV and key visual for the OVA looks great.

Not that i'm complaining or anything but he seems to be very busy and active this year.

the popularity and the sales of this OVA will be deciding wheter or not the manga would get an anime adaptation.

I hope it will get a TV anime adaptation in the future. PV and key visual for the OVA looks great.

deeenng OVA?? I thought it was going to be TV x_x
but that key visual pleases my eyes *-*

nextday said:
Sakana-san said:
Music will be done by Junichi Matsumoto, who received the Japanese Academy Award for Best Music in 2014.
He was only nominated. Joe Hisaishi won the award.
Joe Hisaishi indeed won the "grand prize" for Best Music Score, nevertheless, all the nominees were still awarded. :)

Looks like Takahiro and Kouki's roles should be mixed up.
The role/character of the other suits him most.
Anyway, this show looks intriguing, maybe I'll watch it.

Still don't know why Ruth is there, but cool.