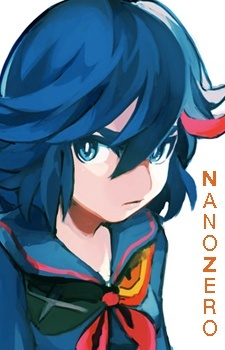 Thorn_Pilgrim Jul 25, 2013 2:58 PM
What do you mean by translate it? Hulu and Crunchyroll both streamed the series (as it aired) . . . I really hope more watch it through the former, since they have the home video rights (Sentai) and I hope those plans don't get cancelled.

From the New World probably was my favorite "recent" anime. I was really surprised when I realized "Wait, this show is NOT catching on." I really liked Saki a lot too. I think on the Crunchyroll stream someone commented "SAO may be the more popular series but FtNW is better in terms of story." Shame more haven't seen FtNW . . . was reminding me of how my favorite recent American cartoons (Sym-Bionic Titan and Motorcity) weren't really catching on, even though those series have what I like about good anime.

And I've heard the From the New World manga is REALLY trashy. Shame, since the anime was so good. I'd like to read the book. I think Vertical (who has the manga) said something about if you wanted to see the novel get picked up, to try buying the author's other novel (which I think they have too). I wonder if it's a good book . . .

Have you heard of Bee & Puppycat? It's a web cartoon (that's stremed/produced by Cartoon Hangover) that's kind of like a shojo anime! One of my favorite artists (who works on Adventure Time) created it. Right now, it's only 5 minutes so go watch it when you have 5!

How have you been otherwise? It's been a while.

ap19 May 21, 2013 10:23 AM
I sort of failed to elaborate on your translation issue in the club. There are two ways to translate the sentence you put up.

A guy like me apparently has two choices: either expose hostility or feel affinity.

You need to choose which translation is correct depending on the given context.

❅Secret Santa 2012 has started!
It'll end on Christmas day, so hurry up and go grab your Christmas goodies now!!
❅Christmas LE will be starting today or tomorrow, so stay tuned.
❅Lastly, go check out the banner competition and vote!

I'm gonna go to a screening of Madoka apparently! You know, they're screening the first 2 movies (as a double bill) in a few cities, so I'm gonna see them.

I need to finish Angel Beats and Haibane Renmei, since I have 3 and 4 episodes left, respectively.

By the way, have you seen/heard of Motorcity? It's like Gorillaz meets Redline meets Tiger & Bunny. I know it has a bit of a following on tumblr.

What else is new?

aoneptune Oct 1, 2012 9:07 AM
Yes it is.
it brings a complete new sound to j-pop.
oh, but i'm still listening to the rest of the OST.
Its sounding really good so far and you can tell its rinne. Yurikano is my favorite.

aoneptune Sep 28, 2012 10:14 AM
ooooooooooooooooooooooooh ho ho ho heee he heee ;} its here! thank you i'm really glad i posted on the forum for episode 8. You've been a great help nanozero now i'm going to download the ost.

aoneptune Sep 26, 2012 6:23 PM
I wholeheartedly appreciate it.
I'm a huge fan of the series and I loved season one's OST.
Flower in green sounds peaceful, I can't wait to hear the full song.