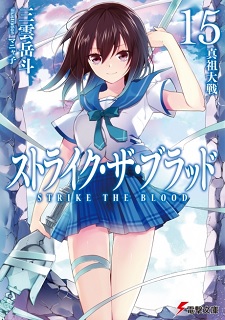 The wraparound jacket on the 15th volume of Strike the Blood has announced a new OVA series of the light novels. Author Gakuto Mikumo previously announced that the 15th volume marks the end of the current story, though the series will continue under a new title.

Strike the Blood was previously adapted into a TV anime which aired over two quarters beginning Fall 2013. A two-episode OVA series with original content written by Mikumo was also released at the end of 2015. North American publisher Yen Press began releasing the light novel series in English in September 2015.

I actually really enjoy this anime I watched it on crunchyroll so I'm really hoping that they would put all the Ova's on their streaming service soon. 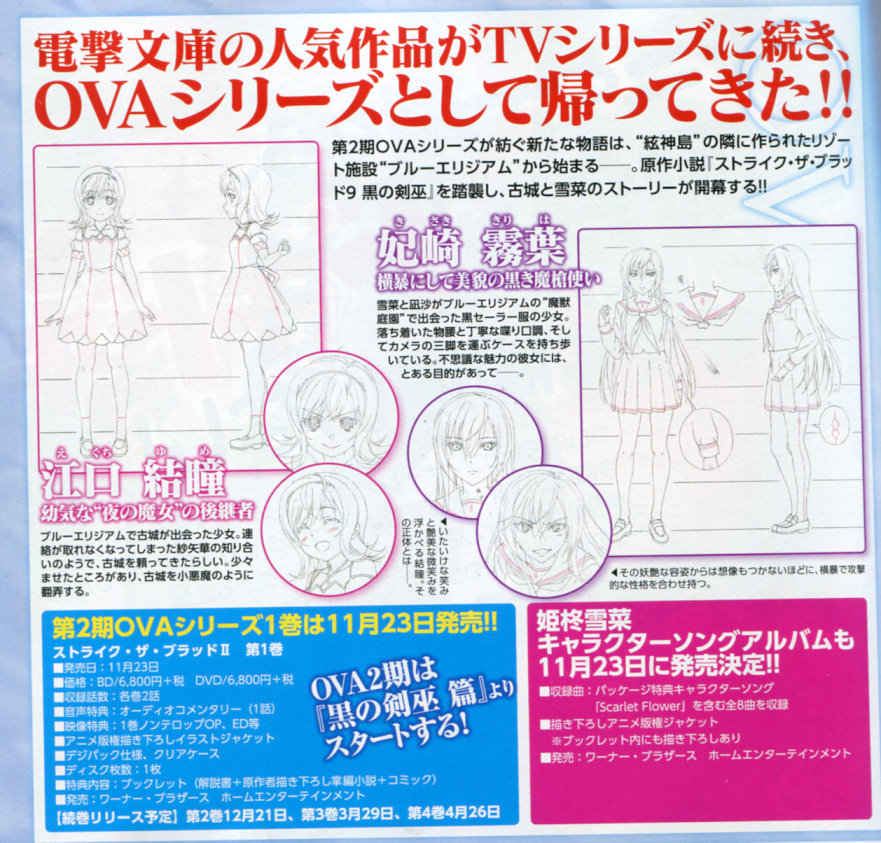 From the article it looks like the title of the OVA series is "Strike the Blood II". I guess this is an official second season of the anime but in the form of OVAs.

The release dates for four volumes of the OVA series are confirmed but it's possible there will be more. My guess is the episodes that will be released in November and December will cover Vol 9 and the episodes in March and April will cover another arc.

Too bad the anime doesn't cover Vol 7 & 8, if only someone had translated those volumes before the LN series got licensed in English.

---
Looks like they are sticking with the ova format instead of a new season since it sells really well.

Want second season but I don't mind more OVAs. Will there be oppai like the first ones? I mean not that I'm only watching it for those.

Eh, why do they still make this. This series sucked heavily

I enjoyed the series so I hope this will lead to a second season if it sells well enough.

ichii_1 said:
Heh I'll take more ova's, but it's like producers are scared of 2nd seasons these days.

yay better than nothing

I prefer 2nd season, but OVA is better than noting

Damn it! Who needs Anime Original?!
There's plenty of material of the LN for Season 2!
And I seriously wanted to see Kojou and Avrora's backstory to get adapted!


Like how and Avrora transferred her powers to Kojou.
More appearance of her since she's just on flash backs!
And I need to see how badass she is as the 4th Progenitor!

Season 2 please. Though, will definitely watch this.

Let's hope this one will get better subs

As long as the "plot" doesn't look like some copy and paste crap like the OVA series, bring it on!

There's enough material to adapt another 2 cour I think.