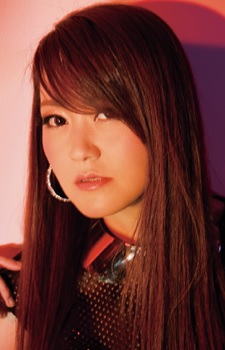 Singer Mami Kawada, who has performed theme songs for various anime, visual novels, and video games, announced at the second day of LisAni! Live 2016 that she will retire from singing activities this year.

Kawada will hold her final "fan festival" on May 21, 2016, at Tokyo Dome City Hall. Singer KOTOKO, musical duo fripSide, and singer Maon Kurosaki will appear as guests at the concert.

Singer Eiko Shimamiya first discovered Kawada's vocal talents in 2001 and invited her to join the musical production group I've sound, to which Shimamiya belonged to at the time. Later that year, Kawada debuted with the song "Kaze to Kimi wo Daite," which is used as the theme song of the visual novel Miss You.

"Sora no Mori de," which is used as the ending theme song of Onegai☆Teacher (2002), was her first work associated with anime. She was signed by record label Geneon Entertainment (now NBCUniversal Entertainment Japan) in 2005 and later performed the opening theme of Shakugan no Shana, "Hishoku no Sora."

As a major label artist, Kawada has released 15 singles, five original albums, and a compilation album. Her 16th single titled "Contrail ~Kiseki~," which is used as the opening theme song for the Winter 2016 anime Ao no Kanata no Four Rhythm, will be released on January 27.

3 years from today was her last live preformnce before retirement.. I miss her lots.

During NBC Fes yesterday, it was announced that she has become a mother. (She only came back for that stage)
https://natalie.mu/music/news/268095

It's sad but careers end for everyone sooner or later, I wish her the best in her coming future :)

Mami Kawada was the most consistantly good, and unique voices in Jpop. She connected so well with her fans in live performances too. Every year since 2005 she released a new CD of some kind...every year since I really got into anime, I had looked forward to seeing what the new Mami Kawada song would be. Every year, she gave me strength her music and cheered me up. I always felt she was a little underrated by the western community. Her vibrato is really amazing. I wonder if there's something medically wrong with her...she always seemed to absolutely love singing so it's hard to believe she's retiring from SINGING. This will leave a huge gap in my musical life...losing a yearly tradition that started over a decade ago. I wish her the best in whatever path she takes...but I really hope she changes her mind someday.

I think she's tossing around that word "retirement" without knowing all of the consequences. She's only been making music since 2001, didn't start anime songs until 2002, and probably wasn't even all that relevant in the anime music scene until a few years after that. So it's not like she's been making shit tons of money for a long time.

She's been doing this for roughly 15 years, and she's "retiring" earlier than a pro athlete. We'll probably see her again sooner or later. Once she sees how quick that money dries up after "retiring", she'll remerge out of retirement like a publicity stunt. Either that or the money starts running thin and she decides to join the real world and get a shitty regular job.

She's "retiring" from being a singer. It's the word people typically use for quitting showbiz activities. I doubt she's actually retiring in a real life sense and probably has other things she wants to do in mind.

WTF .
WHAT THE HELL IS GOING ON IN JAPAN ?

Very grateful for her theme song performances. May her retirement years be spent peacefully.

I've is really getting thin on their talent list. Big shame, love Mami.

So after MELL, it's Mami kawada who retire. Their songs were always welcome as opening and ending in anime indeed, so that's sad to hear we'll never get a new one from them.
Good luck for whatever they plan to do in the future, anyway.

Aww this is sad to hear. I really enjoyed listening to her songs.

A singer with a great voice and many good songs. I really like her songs - Wishing her all the best for the future. ~

Thank you so much for the Shana OPs!

My favorite songs are probably Hishoku no Sora, Joint, and Akai Namida, but they are all pretty good. All of her songs were pretty good, and she still looks fairly young (and age doesn't matter too much for an anison singer), I wonder why she suddenly chose to retire?

Sad to hear this. Her songs from Shana, Index and Jormungand were truly great.

I wish her all the best for the future. =)

Aw damn ): First heard her songs from Shakugan no Shana and ever since that I've always liked her music.

I don't know how to live without her guidance.

One of the best singing voices in anime, will be missed.

明日への涙 from Onegai Twins, one of the first Japanese songs which I liked that much.

Her voice is amazing