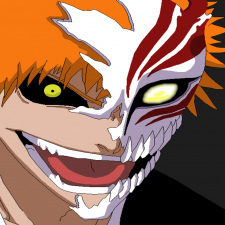 I'm a filthy Casual and that's all you need to know for now. If you wanna know more then you'll have to pay up front cash only 💸💸💸

FOLKS WHO CAUGHT THIS CASUAL'S EYE

FAVORITES OF THIS CASUAL

TheAnimeLogician Sep 15, 3:58 AM
Hell yeah. If anything I might review the entire Fall Anime season for 2022 and make a tier list video of it. I saw some good stuff.

TheAnimeLogician Sep 12, 12:25 AM
Same! I can't wait to watch the Gremmy vs Kenpachi fight or the Kisuke vs Sternritter fight. Been a Bleach fan since the days of Adult Swim and I am hyped for this shit!!!!

TheAnimeLogician Sep 8, 11:59 PM
Made in Abyss S2, Overlord S4, Call of the Night, and Classroom of the Elite.

Ryuseishun Sep 8, 3:20 PM
Kubo did express wanting to flesh things out more. Apparently he wasn’t rushed or having all sort of ailments when he wrote the final arc. Just that he thought out the ending he wanted at the time to conclude the story but realized afterwards and likely over time how he could’ve improved it. One of those realizations was likely how less fleshed out it was in the manga due to him choosing to hurry up the pace. So he decided to at least reciprocate that for a new season. Perhaps that’s why it took so long for another season after the manga concluded. Based on what I heard from him regarding the production, it looks like it’ll be as polished as humanly possible.

Unfortunately I heavily disliked the Solo Levelling manga, even finding it extremely boring, in fact. Hearing about A1, one of my favorite studios despite its past undeserved infamy with SAO, adapting it has me with mixed feelings, cause I’m not sure how well the production will be handled cause all webtoons I’ve heard of so far have gotten quite horrible adaptations. This is also why I’m not having any remotely positive feelings about Tower of God getting s2.

Ryuseishun Sep 7, 8:46 PM
Yea from what I heard, there was A LOT of work committed to the new season and Kubo was overlooking it. So it really looks like a healthy production. Maybe that's why it took so long for a continuation.

CSM was a series I wasn't initially feeling positive about when I was first reading the manga, but talking about it with some other people made me soften up to it after a while, even though I still may not highly regard the series quite as much as most people.

Ryuseishun Sep 5, 3:23 PM
Yea Fall 2023 looks loaded. Of course with every single gold nugget comes a pile of dirt along with it lol. Bleach, CSM, Mob Psycho, Spy x Family, those are big names coming up within a month from now.

Also, thanks for accepting the FR. Good to have you.

Debuku Mar 13, 11:21 AM
Thanks for accepting the FR man! Nothing much going on man. You watched quite a bit of anime huh. Wbu?