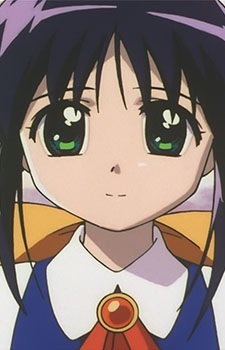 El-Ricards Jul 1, 12:54 PM
thanks for agreeing w/my fuuka take in the "remake" thread. such a travesty the kouji can never get a decent adaptation.

Stygian_Prisoner Apr 7, 4:16 PM
Most likely, yeah. But with how often i see unironic puritans in those kinds of thread topics, it sometimes gets difficult for me to tell the trolls apart from the pearl-clutchers lol.

Yometachi Feb 7, 12:39 PM
Nyanpasu~
I notice your profile from your reply on my recent forum post.
Reason?
I quite like some of your favourites, Clannad (#1 fav TV series for me), Non non biyori, Kimi no na wa, White album 2. I also like how you put Kanon on your favourite list and I haven't checked out Tonikaku kawaii yet..
barely read manga but I love the anime for Toaru kagaku no railgun and Relife.
I like your favourite characters too, in particular Nanase Iori and Onodera Kosaki. Most people chose Inaba for their favourites. I did not finish Nisekoi however.
You have a good list of favourites VA too!
Lastly, I like how you hate dub. I have watched anime, read books and movies in 2 different languages before, and the original language used is always better! Dubbed voices, in particular, usually sounds extremely terrible. I watch Eng sub always.

oh and just in case if you checked my profile and list, I have watched 100+ days of anime too, but due to my OCD and various factors most of them are not marked as complete. Create new accounts few times because I keep adjusting my rating system and list management. I'm a bit reluctant/uncertain to add friends on my current main account at the moment.

Feel free to chat or give recommendations!

Aoishi Oct 3, 2020 2:41 AM
Indeed, S1 was already a masterpiece for me, S2 was even better, and afaik S2 part 2 will be even greater so I have no fucking idea of what to expect lol. It could easily become my fav anime of all time if it keeps it up like this tbh.

SolidZone26 Sep 12, 2020 4:25 AM
Pardon the late response, but I figured out three additional statements that also don't add up to your dub cringe comment. You can see them once I respond to your answers on the bottom:

1. I wouldn't expect you to play it, I just mention it as an example of recent media that use an entirely different culture from ours. But I said it's the opposite because as even it takes place in a foreign setting, the characters themselves are too. So they should be speaking their own native language regardless. The spoken language merely serves as a dub for people to understand it.

So for Kingdom Hearts's case, how would that work? They can't just simply make Sora, Riku and Kairi only speak Japanese, while make the rest of the Disney cast speak English. That would be a language barrier right there if they interact with each other. It's either one or the other for both parties.

Well if what you said about setting doesn't matter, at least I can write something without being accused of cultural appropriation.

Speaking about language barriers, look at number 2 for why a dub is important.

2. This is a very rare scenario as it's not very common on most media as in order for this to work, a conversation between two characters must be a different language to the other. Here's an example of that happening:

In this video, both characters speak their own respective languages. Kat speaks a made up language which is a mix of French and Japanese while Emmett speaks English. Luckily this is just a crossover between multiple franchises, so no one would care about the details. But if this was an actual crossover between Starhawk and Gravity Rush, Emmett wouldn't actually understand her as it sounds like gibberish in his point of view. This is unrealistic and why in actual media, a dub has to exist for this scene if this were a real conversation.

3. Then compare the intro scene on the Cowboy Bebop movie, you can hear a total difference with the two. The Japanese version lacked tension where the English one didn't. The robber who came out of the restroom in English acted more aggresively while in Japanese barley show any aggresiveness toward Spike at all. There's a reason why people say the dub for this particular series is better no matter what you say.

And now to the three statements:

1. What if the original staff recasts their characters?

There are some situations they have no control over and would have to get their VAs changed. I will not name English examples as they are too many to name, but the Japanese are no exception to this:

-Fruits Basket 2019
This show completely recasts all the members of the ones from 2001. Tohru Honda is not voiced by Yui Horie and instead voiced by Manaka Iwami.

-Hunter x Hunter 2011
None of the VAs of the 1999 original reprised their roles. This has to be done due to the year gap between the original and the remake.

-Lunar Legend Tsukihime
The characters in this show are not voice by any of the VAs in the Melty Blood games. Shiki Tohno is voiced by Kenichi Suzumura instead of Kenji Nojima.

Even Japanese characters are prone to this:

-Shokugeki no Souma's Erina Nakiri.
She was originally voiced by Risa Taneda. But on the Ni no Sara OVA and onwards, she is now voiced by Hisako Kanemoto due to Risa's hiatus. But even after her recovery, so she is no longer voiced by her as Hisako continues to voice her in future seasons.

-Persona 5's Chihaya Mifune and Junya Kaneshiro.
They are originally voiced by Matsuki Miyu and Kazunari Tanaka in the game respectively, but are voiced by Haruka Terui and Takahiro Fujimoto for the anime and Royal expansion. They had to be recasted due to their passing.

But overall, all these examples contradicts 7th pasta as the character personalities would actually be touched. So they are technically not original at all. Saying a fictional character belongs to that VA only is ignorant. That right goes to the creator of the series, not the voice actor themselves. They don't choose their characters, the creator chooses them.

2. There are also live action counterparts of the characters.

These can't be voiced by the original voice actors because they would be need actual acting skills along with it. So they wouldn't be original either and technically wouldn't know their characters. So this contradicts your 8th pasta as it's the not the original VAs voicing them.

3. If it weren't for dubs, fandubs and various abridged series wouldn't exist.

These are considered parodies and are meant to poke fun of the show to get people to watch the original media. That means you consider them trash too despite what they're doing.

Dub is only meant to serve as a translation, not to ruin the character's personality as you claimed and that is completely false. So let's put that statement using the opposite culture. For example, Elsa in Frozen is voiced by Takako Matsu in Japanese. Are you saying she's not the same character Idina Menzel voiced in English? All she did is say the same things and sing the same songs as her, just in a different language. If it wasn't for her, Japanese fans wouldn't be able to appreciate Frozen. If a dub is truly bad, that is the problem of the dubbing company and it's voice director, not the voice actors themselves.

A true fake and wrong dub is this:
https://www.youtube.com/watch?v=bangt7d9vGA

This dub had no emotion and lack of energy, which deserved to be called bad. Which wouldn't even pass with dubbed anime you see today.

You may be right about 50% of certain dubs and good to know that you don't bash them completely, but the other 50% is still outright wrong. That's all I have to say.

SolidZone26 Sep 11, 2020 4:25 AM
Read your message, my problem with that statement contradicts the three questions I asked.

1. A prime example for this is Ghost of Tsushima, an game that takes place in Japan made by an American developer. So are you saying English is better even though the setting is Japanese? That's the exact opposite of what you said!
2. If there would be a crossover between two characters that speak two different languages, it's impossible for them to understand each other as there would be a language barrier.
3. Cowboy Bebop is that exception and you can't argue with facts as it's the creator's decision. The opposite of Ghost of Tsushima, a space western made by a Japanese creator.

Say what you what, but dubs will always be here to stay. I bet the Japanese wouldn't also appreciate any Disney movies if they weren't dubbed in their own language. Even Kingdom Hearts was made in Japanese despite having English speaking characters.

1. What if foreign media decided to do cultural appreciation?
2. How would it work if English character interacts with a Japanese one?
3. What if the original creator prefers the dub over the original?

Dubs exist for are reason and is not something you decide. If you disagree, you are prejudiced.
All Comments