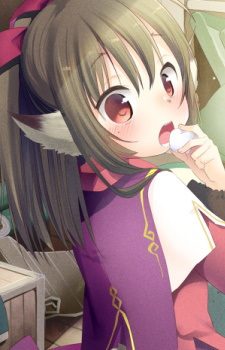 Xiaraith Jul 22, 11:54 AM
Hey, this might just be the canon version; the days in the club certainly haven't taught me any differently. A-And yes, I wasn't just looking around, and can indeed afford something... once in a while... like one piece of cake!

Do you watch TRC as well?

mhkr Feb 23, 12:32 PM
I saw many people on forums hating religions in general and in "Current Events" when there is anything related to middle east even if it's not related to religion at all there are always posts about "ah, look at these extremists" and like these


In my case I've studied religion for a while, so it's definitely one of my interests :p
I expected to be that, I saw some people saying they like to talk about philosophy because they studied/studying that...

mhkr Feb 23, 6:10 AM
It is rare to find someone on MAL interested in religion though I'm not personally interested well except Islam.

Xiaraith Dec 23, 2019 3:18 AM
Ehehe, glad you like it!
In recent times, quite a lot of games come with included solo rules to allow a full gameplay with just one player, playing against the game itself or some card-driven bots. Certainly a nice way to get familiar with mechanics, and also convenient if there's no one else around to play with. Fascinating to see what difficulty an author decides to have solo variants in, and similar to coop games, the set goals are usually quite difficult to achieve in order to promote multiple playthroughs.
Well, that little game I did there in the review doesn't really offer much replayability, but who knows, perhaps someone comes back to it in the future and gets a higher score than on the first attempt~

StyleF1re Nov 5, 2019 3:53 AM
What's been good with you? Was looking through my friends list these past few weeks wondering what people were doing and watching. Guess life really moves that fast!

I have looked at Mushi-uta before, think I found it when I was trying to identify an anime I was shown an episode of in 2009 (it turned out to be Chrome Shelled Regios). Is it a more balanced portrayal of bugs than the usual?

I guess Apagio Racing Team weren't around yet in the 80's (I think we talked about this before) http://www.dorkly.com/post/87111/how-finland-ended-up-getting-the-worst-dubs-in-animation-history

I still know very little about Haruka Shimotsuki, what happened was I downloaded a bunch of music but never imported it to iTunes because it seemed like there was more than I could deal with quickly. Though looking at the folder now, I guess there's actually not much. Not compared to the ridiculous amount of Kajiura and Yoko Kanno music in those playlists :P Those threads are meant to be collaborative; why post that track on my wall instead of in the thread? ;) (BTW the guy who started that thread has a username referencing Nightwish lyrics)

I don't choose what CDs to buy based on the cover, though I have at least once chosen NOT to buy a physical copy due to its artwork https://www.youtube.com/watch?v=fUqjYbUJfFo I wish my copy of the Kado soundtrack had Saraka on it rather than the yaoi boys. ;(

I keep those too. I've always kept the seal stickers from western CDs, sometimes I can get them off in one piece but it's difficult :P

AestheticOnion Sep 23, 2019 4:21 AM
I'm glad Boogiepop is getting the recognition it deserves. It's been one of my dearest favorites for a few years now, and I don't see it coming off that spot any time soon.
It might be aimed at a very specific audience, and it might not ne the best thing you'll ever see, but it ain't far from it. Hope you enjoy it at least half as much as I did, and be sure to come back if you ever feel like talking about it!