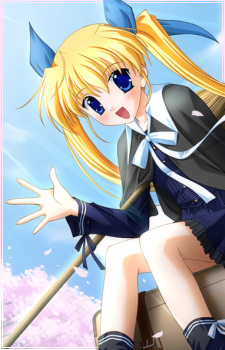 KatsutoSaki Oct 7, 5:32 AM
Is everything alright?

Starchaser Aug 10, 6:44 PM
I don't know if I sent you this resource for learning Japanese already, but it's been nagging me, so I'll message you a link to it regardless lol. Just wondering, but are you studying for the JLPT? If so, I can send you two more. They're definitely great, but they're not really necessary iyam.

Wouldn't you be a squirrel instead of a cat?
Yeah, it's usually the anime staff that write the episodes and they tend to not really add anything. The ones that revolve on character development or expanding on them in some way can be good though.

If I'm reading something like a textbook, no. But something like comics and manga, yeah. They tend not to have big chunks of text, but sometimes it's nice to appreciate the writing of the writer and the art of the illustrator and it's a bit harder to do that with speed reading lol. What manga are you reading now?

Yeah, it's like in your childhood you have more time to develop your craft than when you're an adult. But better late than never, right?
You ever heard of WWE (World Wrestling Entertainment)? I have wrestlers I created in their video games, and I still remember what they look like. So drawing them and what not will be fun. Oh yeah, I also have some bootleg 怪獣/kaijuu drawings from when I was in elementary/primary school, lol

SweetKiichigo Jul 16, 3:34 AM
Hehe was walking home yesterday and a squirrel startled me since it jumped down from a branch and landed inches away from my shoulder. Probably the closest I've ever been to one since they always run away.
Hope you're doing alright Mem ^^

Emitsundere Jul 15, 1:08 PM
i need to edit my profile wall as soon as possible XD
oh thankfully.
im okay just i have a toothache these days uwu i must go to see a doctor.

Rythme Jul 13, 4:29 AM
We could go with that~. I honestly don't really have any opinion since I'm entirely new to VN anyway, ehehe (if you don't count Tsukihime which I read almost a decade ago). That doc has so many interesting recommendations O________O

I guess it can't be helped since most OPs and EDs are memorable only if the anime also is, hahaha >__________> But yeah you're right, the song is pretty awesome >-<

I get what you mean. I was totally not prepared for the sudden isekai fantasy arc, hahaha.
Yeah they surely are! And the ending song is soooo good >////<

I'm actually the opposite when it comes to dirt. Dust gathers weirdly fast in my room, so if I have anything black (like everything I'm using) and leave it unattended for a week, the above surface will turn completely white... I mean I'm exaggerating, but you get the picture >.>

I can't believe it's already been a year and a half since Crying for the Rain. The new song definitely doesn't disappoint. I think it's even one of my favourite songs from her >__<

SweetKiichigo Jul 5, 3:24 AM
How are you doing Memchii? Been a while since we talked? ^^

WantiPop Jul 3, 10:38 AM
Thank you for the rec~ given I'm not watching many shows, I thought about giving Houkago Teibou Nisshi a try, yes it's within what I like to watch, but it's not on the top of my priority list ATM~

Tsuritama is a show by Nakamura Kenji, have you watched one of the shows he directed? I like to think of him as a visionary, his shows have interesting themes and direction and unique visual style, although very underappreciated (IMO)
https://www.youtube.com/watch?v=CQBw_XrZWkw
this is his cutest anime I think, on the surface it's about fishing after school, but it's just really nice for it's characters and development, it's one of these shows with a message about friendship, typical, but done with mastery and feels very earnest.

mmmm I'm looking through the meager summer charts right now...
- a few sequels to anime I either don't like or find fine/watchable at best, so nothing to really look forward there..
- not much that caught my attention from the new adaptations either..
- as for the new original anime, I can give Deca-Dence a shot considering it's director and trailer, but I don't expect much
- I'll also be watching a couple of ecchi shows but with very low expectations, one of them just because I've read the manga a bit, but I'm sure the animation will be disappointing in comparison to the manga art.

guess this is the second season partially ruined by COVID

how about you, is there anything from this summer you're looking forward to?