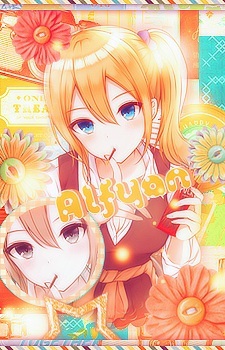 Klefki_of_Awsome 5 hours ago
Fair point! Really enjoying the LN sequels so far tbh, in particular the second part of Re:Zero 2 was really well done, and damn that OP slaps~!>:P>

You Should! Fruits Basket's remake is great for sure, and the Final Season is my AOTY this year tbh~!>:D>

Next Winter will be a blast, ehehe~!X3>

Rythme Jul 16, 8:46 AM
I'd happily live in European or North American flooded cities. One thing for sure is that their rivers and canals aren't full of trash like mine lol.

Tbh I don't think my current government even cares about the environment, let alone make effort on saving sand... Also, Anakin is looking down on us right now as we are talking about sand.

You get sunburnt even with Asian skin? I don't think I ever had sunburn in my life, haha (I sometimes saw my brother having it though). I guess us being tanned does help a lot, but not all of us are tanned though. In fact, I think the other reason I rarely see a person with sunburn here is that every girl with pale skin doesn't wanna get tanned (it's whiter skin = cuter norm here), so they desperately avoid sunlight whenever they go out lol. For some reason, most men here prefer long jeans and would not wear shorts outside. I think most girls also wear jeans, but it's not rare to see them with mini-shorts though (although short skirts are rare). It's like jeans are dominating our culture, and I hate it lol. Are those people with dark clothing trying to be emo or something? Hahaha.

Oh, I see. Did you often travel by car when you were younger?

Well, it wouldn't be. Motorbike taxi is only popular here because public transports suck lol.

I don't think my 7-11 has gone that far yet, haha. We have covinient stores on every corner of the city, but sadly they aren't as luxurious as those in other East Asian countries...

Klefki_of_Awsome May 25, 12:51 PM
Yeah, most stuff that get a lot of sequels are the bigger shounen and shoujo series tbh~=v=3
And by that I mean general battle shounen and things like Fruits Basket for the shoujo side, which is by no means bad, but well I wish we'd get more seasons out of romcom series (I AM looking forward to that S2 of RikeKoi and Kanojo, Okarishimasu though~!X3)

No, I've heard about it from one of my sources though, ehehe~>:P>

Rythme May 13, 3:43 AM
I guess it could be compared to snowy countries like Canada where they go on living and working as if the thick snow doesn't matter to them at all lol. I remember it was a pretty big deal when it snowed while I was in New Zealand. Although I wish they'd do better at managing flood here in Thailand, haha.

Oh, I see. Now that you mention it, we do have sandy beaches here. I wonder what kind of countermeasure would work best for fine sand.

It's weird that while you guys are wearing skin-revealing clothes in summer which is colder than winter in my country, people here will still wear skinny jeans at 36C lol.

That's what I thought!
That sounds sad. How do you cope with it while travelling? (or do you just not travel on public transport at all lol).
Now that I think about it, I also do feel dizzy after playing a TPS game for an extended period of time, but I'm still immune to the motion in buses and trains.

You could be the first to open up a motorcycle taxi business in the UK lol.

We don't need bicycle lanes here since we can ride both bikes and motorcycles on footpaths instead!

Definitely not. It's like infrastructure came after people settled rather than vice versa. But we do have 7-Eleven in every corner of the galaxy, so no worries about starving lol.

Rythme Apr 1, 8:47 AM
That reminds me of an American teacher at my high school. I remember him correcting my spelling of favourite into favorite. I was so pissed off lol.

That's actually a uni close to where I live, not my uni. My uni is located deeper in the metropolis so it floods less (but still floods every now and then). And yeah, we're already used to it, so unless the roads become completely useless, it's life as usual (not sure if that's a good or a bad thing lol).

I don't think I've ever seen groynes in my country (it's also the first time I've heard of it). That's weird 'cause it does look cheaper and better for the beach than concrete walls...

It actually reaches 33 over there? If 14 is T-shirts, what do you guys even wear when it hits 33? And I would die to have your weather lol.
I thought I was gonna die the other day 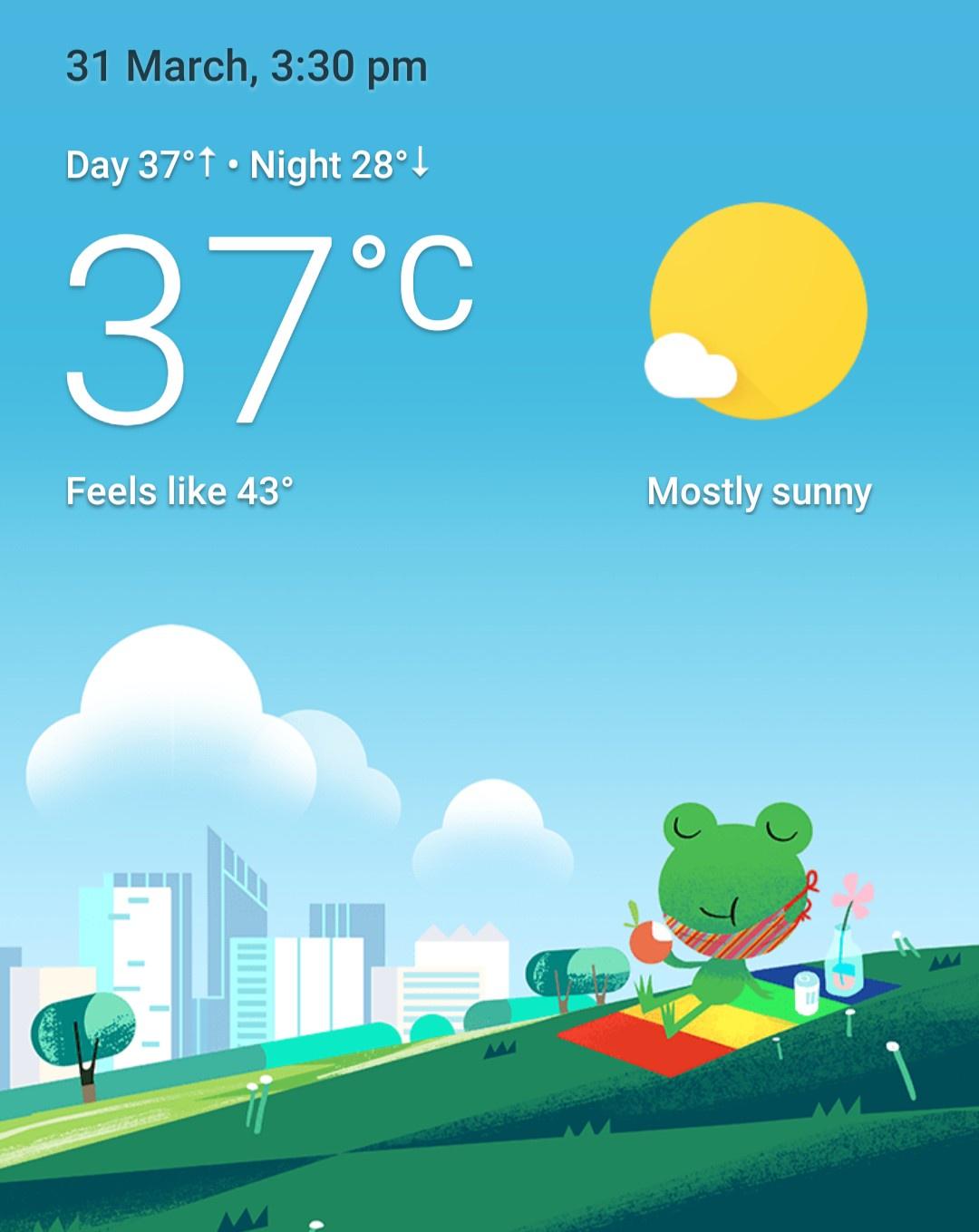 Last month, I was reading New Game on the train, thinking it would be safe, then Kou just straight up showed her pantsu. I forgot there's that scene lol.
I don't. I don't think most people here get motion sickness on train or bus either since I see them looking at their phones all the time. These past months, I've even been standing on the train and read a physical copy of manga while also holding my phone to translate Japanese and draw kanji from the manga. Is motion sickness common over there?
I wouldn't look at my phone while riding on a motorbike taxi (I did watch a VTuber stream on it once. Not the best idea). I know quite a few people who constantly use LINE on a motorbike taxi though. Just the thought of dropping the phone scares me to death lol.

Those houses look so English, haha. I don't know why, but just looking at European houses (especially English ones) really gives me some kind of pleasant feelings. It's also nice to see footpaths that actually work as intended.

I wouldn't say they are grids. They're more like tangled tree roots lol.

Yeah, it's been almost 10 years. I don't even have a means of contacting him anymore...

Probably why there are so many isekai anime out there.

Correction, actually: Hayate has 4 seasons (1, 2, can't take my eyes off you, cuties) plus an OVA and movie!>:P>
And yes, it most likely is judging by how fast the volumes sell over here (I can never buy them in store and I go to a lot of different locations a lot of time every year to buy books so I should know)..>.>

Yes, and the manga is still running so that means there's still a lot to adapt~!:3

Cool, and You Welcome, glad you had fun~!xD

Klefki_of_Awsome Jan 25, 4:34 PM
Ohh I think I meant the "I Can't Understand What My Husband Is Saying" series~!:o>
https://myanimelist.net/anime/26349/Danna_ga_Nani_wo_Itteiru_ka_Wakaranai_Ken?q=i%20can%27t%20underst&cat=anime

I think it might have a chance to get one, since it was made by Seven Arcs which did a few sequels like for Sekirei or Nanoha~!^^>

I always thought trainers are only used for athlete shoes. Shoe types and names in the English speaking world are too complicated lol.

Makes sense haha. Now that makes me wonder what my country's flood measures are (if there even is one) since I don't think we've ever done anything similar to leveés.

I think I last heard of those rock terms in high school, haha. I'm kind of wondering, do European countries often build concrete seawalls right on top of beaches too?

Everyone here would be wearing super thick clothes if it reaches 14 degrees here lol. Yeah, our average is 30 even in winter... It's pretty chill (probably hot for you) these past few days, but for some reason, it's going up to 33 again in the next few days.

So I guess I can't watch about 90% of anime out there lol. Yeah, I've pretty much been doing that all the time. I wouldn't survive without Spotify and my noise-canceling earphones. Lately, I find it pretty nice to read manga on my phone too.

It depends. My street has a lot of people commuting by, so most houses look like that. Normal streets would have a lot of townhouses as well but no stores. My house is in a housing estate deeper inside the street though, so it actually looks like a house.

Most of the times, yeah, you need to exit to the main road and enter the next street. And when there are connections, most of the time it's no more than a few streets that are linked up (and they're way overly-complicated).

Meeting people on special occasions is kind of nice actually. But hanging out more than twice a month kills me lol.

They really did become bosses for reasons, haha.

You mean the anime short one right? I've seen both seasons of it, and its pretty good, but I met more in the long anime style/format here~=.=3

Well so his Hayate no Gotoku!, it's fiction after all~^^'>
All Comments