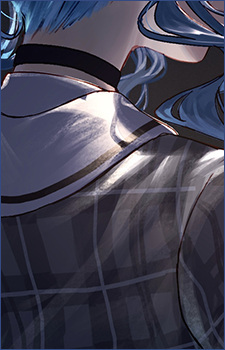 SweetKiichigo Oct 18, 5:15 PM
How have you been doing?~
I got called to work on my day off on Saturday so i've been pretty tired lately. Hbu?
I honestly have been kinda slacking with anime. Like not as often as a couple years ago.~

Manjuu Oct 6, 10:48 PM
The really good thing about text hooker software is that you can easily link them to a dictionary too, so the hooked kanji can just be hovered on and you see what it means
and speaking of kanji, I'm at 600 now for anki!!!
That kanji dictionary looks really thicc o____o maybe 20 years is more like it...

I don't remember if I've discussed it with you before, but while anyone can just look up guides for mobage translations, cross-referencing while playing, I just can't seem to enjoy doing that myself, and I'd much rather play in English than deal with constant looking back and forth between the game and a translation wiki/spreadsheet :< Hopefully I/we do get proficient in Japanese enough that we won't need guides at all!

Too many things have happened in the vtuber world since my last reply haha...
And typing of Sui-chan, did I mention that I've been in a vtuber clip/subbing group for a while now? And I finally had the chance to work on a Suisei video~

Oh no... Maybe it's time to move to Japan
I haven't heard this before, or actually, I haven't watched much Ui-chan for sometime now ;___;

Also, are you playing Genshin Impact?

And yes, let's forget about the fact that this reply came 3 months later...

Kuroshi_ Oct 6, 12:21 AM
Yeah me too, that's why I'm addicted to them^^
I actually discovered them at magic kaito's ending love scenario

Kuroshi_ Oct 2, 9:09 AM
I discovered honeyworks about 2 years ago and I've been following them since then, and you're right no many talk about it online. Also I found ur profile through one of the fandom comments and u had mona's pic lol.

SweetKiichigo Sep 3, 4:23 AM
Hi hi
Dont all jobs have shifts though?
Same here, I've been getting consecutive days off and most times i just watch YouTube all day just because i am lazy to go anywhere else.
How's things been going lately?

Alfyan Aug 2, 3:06 PM
We call them trainers LOL Must be a patriot if we get to knowing everything about the country.

I did study it in University after all haha. Oh might be because I spelt it wrong, they should be called leveés...They are basically man-made hills.

Depends on what type of rocks the ground is made up of if it's chalk or any soft/porus rock they get eroded easily, if they are hard like quartz or granite etc or something they take a long tie to erode, naturally if one location is eroding away another area would have those sediments deposited elsewhere so the land formation changes bit by bit as well. So it's not like we are going to lose land eventually haha.

I think you are near enough to the equator as it is! I think our average temperature yearly is around 14 degrees so quite pleasant or cold for you lol. Yours is 30!!

Well as long as you don't watch ecchi you should be fine, I see loads of commuters using their phones to watch shows etc when I visit London. Maybe listen to your music the whole way instead?

Oh damn is that your street?... So most houses are like on top of stores? Are there never gaps between one house and another?

Haha fair enough you met up with LeFake at least so that's something :P

Oh yes I heard that, in fact I think they let the boss leave first and I kinda get that way of thinking but obviously bosses always work late.. usually.

Alfyan Jul 12, 3:19 AM
Americans definitely call them sneakers lol. Really? I am guessing it came all natural to you lol. There are always something about your own country you never know about.

It will for sure! We do have a lot of of coastal defence and natural cliffs which cover some protection as well as man-made levés on rivers to protect flooding on the low lying areas of land so I am guessing that flood protection is the way to go rather than elevate our buildings as they are mainly stuck there now lol. Another problem is coastal erosion where we lose land by the coast and cause some buildings which used to be further inland to start being cliff-side or worst case toppled over because of the loss of land.

I think 5 degrees hotter would be good enough for you! Lol

Maybe you can do a two-in-one like to watch anime while travelling, unless you have to hop in between different transport then I guess that would be difficult lol.

Are you serious? Can you give a Google street map view of what you mean by that? So how about your nearest shop? How far would that be? Guessing you have to bike to even get to the main road by itself.

*Tsk* wish you had one going for you then lol

They get well paid in their normal hours I guess, overtime work for their employers is an obligation they feel to do. Luckily their normal paid hours make enough usually but yeah lol.

Memor Jul 10, 1:34 PM
Yoooosh! * ^*
Sensei recommended one called Aiyoku no Eustia. What do you think? He also reminded me of a useful doc I had bookmarked and should've definitely brought up sooner... :x

That's a real shame! I feel like Index's OPs are so underrated, they have such a unique sound to them, and Mami Kawada's voice is so awesome~

Yeah, I was a bit disappointed too. I liked it a lot at first, but I found it hard to take seriously once they went too deep into the fantasy stuff. I mean, I don't feel like they set it up to be that way, so it was a tad jarring...
What is that, three Yorushika songs in one movie? They're spoiling us rotten ┬┴┬┴┤(O_├┬┴┬┴

I totally agree haha, I've never liked the whole "gamer aesthetic" that most hardware manufacturers go for. xD but I have to say that I'll still be picking up a black edition PS5 (assuming that exists), since it shows less dirt. But I do like the default colour scheme a lot.

Yessss it's so good! I've missed her bold vocals so much >//< I was so excited when she announced it on twitter, and it did not disappoint. I just really hope this means she's working on a full album~

Manjuu Jun 26, 9:08 AM
Good thing the text hooking software I used before was enough for parsing and looking up all the kanji in VNs...
400 is still a lot :o

Uhhh... I don't know why I ended up backpedaling to discussing SIFAS again, I forgot we were over that discussion and we were on Starlight Stage already... I'll just go hide behind your wall... ┬┴┬┴┤(v_├┬┴┬┴)

I highly doubt I'd even be ready to tackle a game with so many mechanics as iMAS untranslated at my level, or even soon enough. Maybe about a year more of my daily study :<

She actually was apparently more of an idol back then, since she has a history of being a VTuber even before getting into Hololive, so it would probably be rewarding to have been a fan of her before and followed her growth up to now~ I only wish I could even be 1% as good at Tetris as her o___o
Matsuri is also really good at dancing, as seen in this video (ignore the pirate auntie on the left): https://www.youtube.com/watch?v=ofrYdBmDZNg
And typing of Sui-chan and RaS... She just covered one of their songs!!! https://twitter.com/suisei_hosimati/status/1276461774083026944
And her Gurenge cover is soooo good too https://twitter.com/suisei_hosimati/status/1276089611052171264?s=09

Maybe this is a good time to show you Kanata's (really good) duet with Suisei too... https://www.youtube.com/watch?v=19f2skdHhcE

(I think the majority of this reply is just links so I'll hold back for now)
I still remember the gun appearing in one of the PVs, and thinking the movie would go a really dark path or something, which didn't really happen

Alfyan Jun 24, 5:04 AM
More like I have a lack of general knowledge lol. Ahh guess it's so regular that houses are built that way, that is nice at least! Highground is always good

I got a feeling as the climate changes we will find more extreme weather like that. I don't think we will be ready at all for it as we should start elevating our buildings now rather than change when it starts happening. We have no air con either so definitely going to suffer further on lol.

Yeah a film adaptation would be good. I don't think The Miracle of Endymion was too bad so it can be done for sure.

Yes more or less, it depends how much they are willing to commute though. I know one of my former colleague was travelling from London to my hometown everyday to work and then having the 2+ journey back as well. There are some really dedicated people out there! Usually they are more likely to move if they are like graduates or independent people and are not committed or tied down to something like family/partner as they have more incentive to their new job location.

Sometimes I consider it better that way at least that's why the commuting industry is doing great like motorbike taxi's etc lol. It's lovely to see how different things work in our own country.

But are they in Japan or do they live in Thailand? (Not sure how you can find that out lol)

Then again though their Economy is also stagnating for a while so not sure how their job market is, they usually work long hours and I definitely know overtime is unpaid usually lol. You should know better than I do though!

Ooh, nice, I was really looking forward to the full version of those as well, haha~!^^>

SweetKiichigo Jun 22, 5:42 PM
Well starting this week masks will be strictly mandatory in all public places since we had a case spike recently due to the opening of businesses. It was to be expected but at the same time people here don't care. Go down to Mexico and if you shop you will not see families shopping together. Instead only 1 person per family goes to shop at the store. Just a couple days i saw a lady who brought her 7 kids to the store and me and my manager were like speechless.

But good thing now if person doesn't bring mask they will either have to go back to their vehicle and get it or buy a one time use mask before entering store.

Pretty boring weekend here since work and plus lots of rain so not much to go. Hbu?~
All Comments