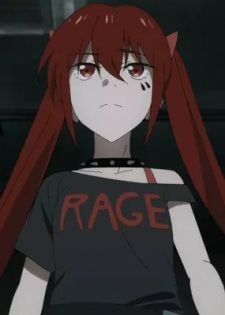 literaturenerd Sep 15, 6:58 AM
I actually reviewed Elfen Lied way back in 2014. It's one of my older reviews, but my thoughts haven't changed in regards to that one. Basically the TLDR version is that it was personally impactful and I appreciate aspects of the series to the point where I can ignore or even embrace its imperfections.

Natsude_tanaka Aug 6, 2:16 AM
give it a go and u will understand why i said that in my review haha
mind i ask u, do u enjoy anime? haha

Natsude_tanaka Aug 5, 11:56 PM
Well its not generic and its a parody of an isekai. So idk if you have dry humour thats why u dont like it. Just watch rainbow and u will agree with me since u have that mean

Natsude_tanaka Aug 5, 11:46 PM
Bruh konosuba is hilarious. What are u talking abt? Hahah

Renrane Apr 9, 1:26 AM
It's just unexplainable in words for me. It hit me in many ways like my other favourite relaxing hidden gems also did. 😅 I loved them from episode 1 too

CURE_WAVY Feb 12, 3:44 PM
Lala really is beautiful, and her friend Hikaru too!

MetaThPr4h Jul 16, 2020 5:50 PM
I definitely can see it! The story, setting and execution of the story are so special, big wild ride that gave me tons of fun.

I personally can't say I liked Little Witch Academia, mostly due to the cast not working for me, but it's a quite beloved series and I think it would be a big fit for you right now since you're searching for magical girls anime. It also has two short movies separated from the TV series that you can just watch at any moment when you're feeling like it thanks to their duration, so you might as well check them out to see if you like them and decide to tackle or not the TV series.

> I adore the Cure Milky avatar, and her overall design.

Yep! She has one of my favorite designs from the franchise, I have been using this avatar for so long tho, I gotta have to find a new one haha.

Kill la Kill fan? I'm honestly not too crazy on studio Trigger as a whole, but I had such a great time with that series!

ZettaiRyouiki Jul 1, 2020 2:06 AM
i heard about the Crunchyroll thing which means reliable fast subs, about time since they had all the other Toei licenses anyway!

ZettaiRyouiki Jul 1, 2020 1:54 AM
I understand perfectly, those things happen! And indeed the designs are pretty great, though funny you mention A La Mode because that one has the IMO only ugly mascot character in the series. Still, have fun watching everything!

ZettaiRyouiki Jul 1, 2020 1:45 AM
I just like helping out! Good plan watching them all and Heartcatch is indeed pretty good. And I jsut double-checked to make sure and I gave the first season a 9 which seems pretty good, maybe you confused it with something else!

ZettaiRyouiki Jun 28, 2020 12:46 AM
I think the toy focus is noteworthy indeed, both since it keeps the franchise alive but also because Bandai keeps pushing Toei to focus more and more every year on the toys and it ends limiting the series! If you look at older seasons combination attacks were used sparingly, but the new seasons spam them on every single enemy, reducing their cool factor in exchange for more promotion. Things like that IMO end hurting the actual series since it limits creativity! But yes, the franchise is huge as its over 300k pictures in Pixiv can prove. Aikatsu isn't really similar beyond being aimed at little girls and merchandise focus, and arguably Aikatsu is promoting its game mainly kinda like the Pokémon anime for another very popular example!

Still, glad you're into PreCure and in all fairness other than KiraKira which is indeed bland most seasons are at least decent and only get the critical reviews because fans only mention the good and never the bad. Also noticed you started with Smile and while not the worst season really it's not the best example of what PreCure can offer, with its below average fights and the worst mascot character from the franchise! Personally would recommend giving Fresh or Heartcatch a chance since those are solid seasons with a lot of good points and not too many issues around. But that's up to you at the end of the day!

Kineta May 3, 2020 4:54 AM
I dropped it when I wanted to take one character and drop her off a very tall cliff. If I detest the characters, the anime loses all enjoyment for me. Guilty Crown is the only one I can think of recently that I actually managed to finish without dropping. And that was sheer effort...

Danish Apr 4, 2020 7:15 PM
I gotchu, bro. Thanks for the message. Nice to know people still care about Ergo Proxy like that. I've been sitting on these tankobons for years. I lack a scanner right now but I'll see what I can do. I'll let you know once I get chapters 2 and 3 together. It's been 11 years since I got these. About time, haha.
All Comments