Hide AdsLoginSign Up
MyAnimeList.net
New About Me Designs for your profile! Try by June 27 to enter giveaway
Anime & Manga News
Top
>
News
>
First CD Album and Live Tour b... 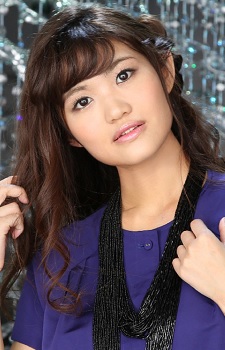 Warner Bros. Home Entertainment has announced that it will release a CD album by seiyuu Saori Hayami on May 25, 2016. It will include songs from her first two singles, "Yasashii Kibou" and "Sono Koe ga Chizu ni Naru," which are used respectively as the opening theme songs of Akagami no Shirayuki-hime and its second season.

Oricon reports that Hayami's first CD single has sold more than 16,000 copies as of December 13. Her second single, a double A-side release of "Sono Koe ga Chizu ni Naru" and the new song "Installation," will go on sale on February 3.

Hayami's first live tour was also announced, although there are no further details on dates and locations at this time. Acoustic live performances to commemorate the release of her second single will be held in Tokyo on March 16 and 19.

Stark700 said:
Cool, wishing her the best of luck!

She definitely deserves to shine more. She is a good singer and a great VA whenever she does it whole-hearted.
I like her ever since she wasnt this popular.

Her voice as Reina in Myriad Colors Phantom World this season is amazing. Good luck to her :)

Yupp. My most fav seiyuu too <3

Congrats on your first album, Hayamin~!

Shes one of my favourite seiyuu but singing can be a hit or a miss. I will wait and see

Not really digging it. But good luck to her!

Today is a great day. Congrats to her!

Love her songs so much!

Here are some of my favourites beside Shirayuki OPs:

We Wish You... by Miho
Orange Mint by Ononoki
Shiroi Kokoro by Ayase
With...You... by Haqua
Everyday World (Ballade Arrange) by Yukino
Yuki no Hana (Cover) by Hayami Saori

Cool, wishing her the best of luck!

Congrats to my favourite female seiyuu :)


paladinmahdi said:
Good news, I love her. She's my fav seiyuu.
Congratulations! Your first post after 1 year and 3 months.

LOL, thanks. I usually visit r/anime(reddit) than MAL.

Hayami Saori is my favorite seiyuu. Her OP songs of Akagami were very nice.


paladinmahdi said:
Good news, I love her. She's my fav seiyuu.
Congratulations! Your first post after 1 year and 3 months.

Good news, I love her. She's my fav seiyuu.