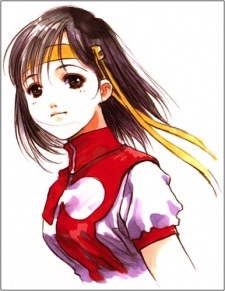 MainstreamBean Apr 17, 2019 2:24 PM
Aye thanks for the impressions man, and yeah I want to wait for more episodes to come out for Carole and Tuesday, as its an original bones anime and it looks like it has a lot of heart put into it, so I would like to watch it at a good pace rather than strictly weekly. I'll be sure to take your word on these, as I've contemplated on getting back into watching seasonal shows weekly, but there are a few interests in mind.

MainstreamBean Apr 7, 2019 12:24 PM
Yea, I'm planning to watch Sewayaki Kitsune because I've been reading the manga since it came out, and Kimetsu no Yaiba by ufotable. I'll try OPM Season 2, although I'm wary of the studio change. It would be nice if you could hit me with some impressions of some of the stuff coming out, since I'm not the biggest fan of watching seasonal like I used to be, as I prefer to watch things at my own pace with an anime completed, but there may be some that are worth getting into on an early start.

MainstreamBean Apr 4, 2019 1:55 PM
Agreed. I tend to drop anime that fail to interest me or set up enough in the first few episodes, so forcing myself to watch one just for a negative review feels a bit so and so, especially for seasonal.

MainstreamBean Apr 3, 2019 1:44 PM
Yeah, I see what you mean. It's fun writing, but there is also a lot of competition once all of them are immediately posted. I also appreciate your reviews too, as when it comes to negative ones especially, it really helps to get straight to the point and providing criticism the show deserves. I'll also probably end up reviewing shows I'm inherently interested in as well.

MainstreamBean Apr 2, 2019 2:13 PM
Dang man, that really means a lot. Thanks for checking out my reviews, or lack thereof. I've really been wanting to write a lot more on here, but I tend to lack behind when it comes to the more recent shows airing, as if I end up posting a review late, it will more than rarely garner any attention due to the overflow of more recent ones being posted up before my own. Thanks again for the feedback! :D

UglyBarnacle Dec 21, 2018 10:47 PM
Your Shishunki Bitter Change review is great. It reminded me of how grounded this manga is for a gender bender story and made me pick it back up after having dropped it for a while. Really wish more series in this genre explored their premise with the same level of tact and depth as this manga.