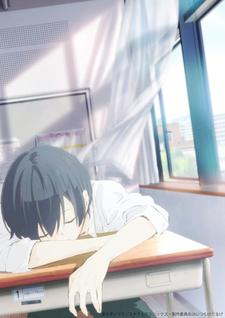 The series is drawn by Nozomi Uda and has four volumes in print, with a fifth scheduled to go on sale on November 21. It has been serialized on Gangan Online since July 2013.

Synopsis
Sighing, leaning on his elbows, sleepy eyes. Tanaka-kun is a boy that basically doesn't try but isn't disliked. This is a laid-back youth comedy about Tanaka-kun and the quiet Oota who can't leave him alone.

Heavy NNB vibes from that PV.

Ara ara, Oota is a boy. My fudanshi senses are tingling.

saw the PV...
nothing happens
Tell me he's trolling... Oreki must be trolling...

Okay, This looks cool.. Especially the art. Never read the manga so I don't know if this is good but, the synopsis looks good.
A lazy person who doesn't try? Count me in.

Will watch the premises sounds like it will be a 5 min short or a collection of shorts into one 23 min episode like with Nichibros and Osomatsu-san.

I need this in my life right now!

Oh yeah, it's Slice of Life.
Characters like this definitely sits in the back row. Just like me, always so occupant corner of the classroom. And on the side or front of it there is always a beautiful girl to accompany :D

Seems nice, I want it

Nothing wrong with more slice of life xP

Well its only has 4 vol and soon gonna enter 5 vol definitely short I guess, still count me in (๑•̀ㅂ•́)و✧

Hopefully this isn't another Glasslip.