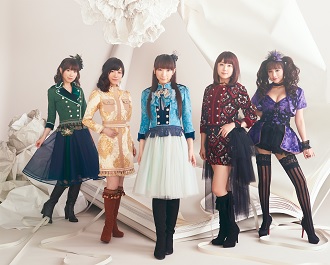 Evil Line Records has revealed details of a new single by seiyuu unit Aice⁵ to commemorate the group's 10th anniversary. The quintet, which was active between 2005 and 2007, was originally formed by Yui Horie and is composed of herself, Akemi Kanda, Chiaki Takahashi, Masumi Asano, and Madoka Kimura. The single, "Be with you," will be released on September 30, 2015.

Horie had recruited the other members of Aice⁵ herself based on her previous working relationships with them. The group went on to release six singles and an album, including theme songs for Inukami! and Otome wa Boku ni Koishiteru, before disbanding at a concert on Horie's 31st birthday.

Aice⁵ was reunited for the currently airing anime adaptation of Asano's manga Sore ga Seiyuu!, which is based on her career experiences as a seiyuu. The group will hold a joint concert with Earphones, the seiyuu unit composed of the anime's lead cast, on November 22 at NHK Hall in Tokyo. Tickets for the concert cost ¥7,000 plus tax. 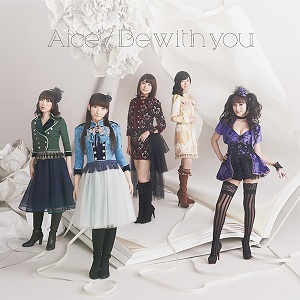 Oh, this is nice~

Great news. Hope they'll do more than just one single.

Now we only need See-Saw back!

I'm curious about some of their songs. Interesting news though.