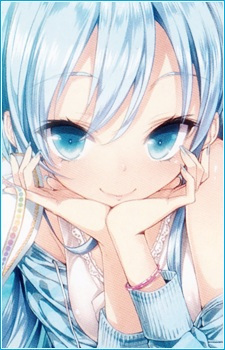 don't cyber dragons do that too? They also utilize shuffling to the deck from the banish zone iirc, which is just insane. I can't seem to make a good deck out of what little cards I have though

I don't think they have Mega Raiza in here, but I'll have to check. I'm considering earning more gems to get myself a Satellarknight Delteros. I am recently utilizing a Superheavy Samurai deck featuring Steam Train King and it's awesome

I change it to each deck, I think of a theme and a playstyle and go from there. I usually only utilize one archetype since a lot of them are incompatible minus a few exceptions like with carboneddon being on a Neos deck

Yeah, they had to be edgy to come up with their respective types and attributes. Then again, Divine Monsters are immune to attribute-based effects so there's that. I have 3 copies of Ra's Disciple, I should make a deck revolving around that lol

It does, it'll show you the card then it would short-circuit to depict that effects have been negated. Ah so your trap is what finished him off? I got confused about that part but yeah even if the effects were negated he still would've had a 4k ATK beatstick although the effect would've returned it afterwards 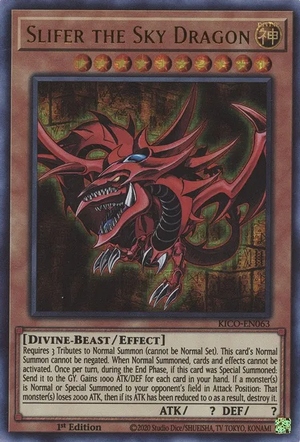 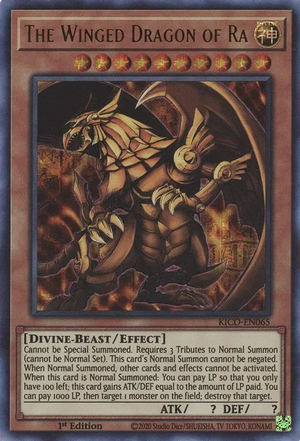 3miL Nov 20, 10:29 PM
I used incognito and yeah they cannot be played. I wonder why when that's exactly how I uploaded it the last time. Can you try to download them then delete them after viewing?

Yeah, Infernoid can be considered as their edgier relatives. Archetype uses Synchros too iirc

I have a few monarch monsters but not the full deck 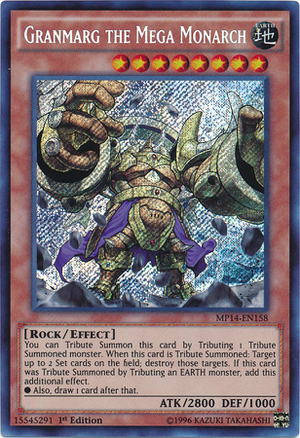 That's true, when you see a Vrains player they tend to use Salamangreats first, then Cyberse/talkers then Gouki and finally Trickstars

Really? I thought you said you were familiar of it when I mentioned it before

dude fucked his own combo

dude fucked his own combo (2)

talk about being a sore loser lmao

made the plant lady run

I stole all his money

trickstar vs cyberse (link summoning is a pain, kill me now)

3miL Nov 12, 12:13 PM
There's a recent release of new archetypes in DL, it's Infernoid as well as Trickstars. I haven't decided to use them yet, they're kind of too annoying for the playstyle I'm used to

That's true, in my case I rely on Quick-Plays as opposed to traps like most meta sheep. I don't even utilize Paleozoic cards, those are a different kind of headache

DL, I won't ever buy physical ones lmao

NO LMAO, although 27 can prevent its own destruction I have it defeat a facedown monster to evolve it most of the time

Back then yes, but now you can change the settings to fit that, they set this up a few days before introducing Link Monsters

It's more than enough mate, but as we previously talked about, my phone is incompatible with MD so I'll get my hands on it only after buying a more updated one. I hope I still enjoy ygo when that time comes doe

It was Luna Freed Queen from Bloody Rondo, I'm now using a character from Shoujo Kageki Revue Starlight who painfully looks like Umi

3miL Nov 3, 9:26 AM
I ended up making a profile bio / forum set about that vn character lol

3miL Nov 3, 8:45 AM
That's true, everyone virtually chases meta after all

I barely remember the cards mentioned in there, except for the notorious Air Neos. I've seen like about 5 youtube videos theorizing stuff about him

I bought a copy of a couple monarch support cards, I haven't built one yet though

Duel Links has a setting where you can manually choose where to put certain cards, I have not tried it against pvp but it works especially against being linked, thus activating their crazy effects

Ah, that looked like they were battling a Yubel, couldn't do anything with all that ATK. Still, I'm not quite used to Link decks so I'll have to reread these once I make another one outside of a Cyberse one

It's rare, I usually just slowly kill them with Hamon's burn damage or use Hyper Blaze to get Uria to 10k or something 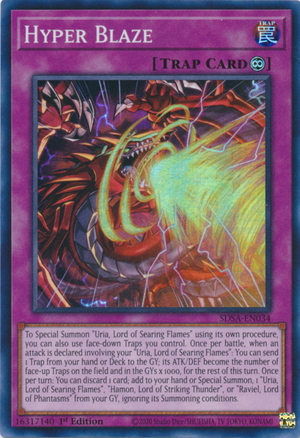 3miL Oct 26, 2:24 PM
I think Fire King is what comes to mind, but generally speaking I tend to use ED in all my decks

Yeah, Cydra nova was easily their ace monster back then in DL. Also has the skill to summon Cyber End which is pretty neat

HEY! the lore says Phantasm Spiral is the enemy of Fire Kings :D. That's pretty neat, I've had some of these atlantean cards but never built a deck around them :(

I mean, for me the fact that Mega Monarchs came to be already feels wrong so why not break the game while you're at it (Looking at you, Xiangke Magician)

Exactly, I made one after the Roids 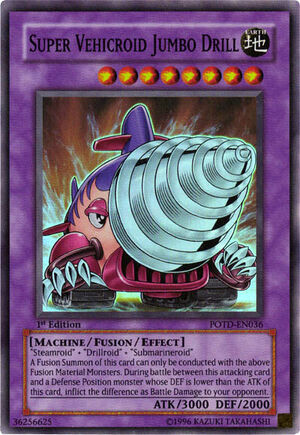 Well, there also was this other deck that utilized the Sacred Beasts who are all level 10s (after this comment)

Nice, never heard of it but I do know Links are pretty broken

3miL Oct 15, 8:14 PM
I read ancha's effect and it doesn't really appeal well to me. Drawing isn't really a part of my general playstyle. I tend to abuse recycling through the use of cards like Jar of Avarice or Monster Reborn. My Fire King deck is probably the best example of this especially with Garunix, Yaksha and the three Yubels

I have not seen this card yet, so I am assuming they don't. Neat, it's a special summon/beatstick version of Exiled Force, now if only the destroying effect is a quick effect then it's going to be even more wanted. In older GBA games I also utilized this mechanic thru Cyber Dragon, the Tricky, and the Fiend Megacyber

Oh I remember that! I had it added to an impromptu Blue-Eyes deck I was using in EDOPro at the time. It's basically their version of Galaxy-Eyes Afterglow Dragon. Yeah those angel monarchs have a really good design, reminds me of Noble Knights or Lightsworn, both archetypes I haven't fully utiilized yet due to lack of necessary cards

Yeah completely sounds degenerate, reminds of this card: https://yugipedia.com/wiki/Superdreadnought_Rail_Cannon_Juggernaut_Liebe which you can summon through the effect of #27 and just go degenerate from all those materials

That and Rituals aren't really that respected. I have seen Cyber Angels, Gishki and Nekroz used in PVP but only the lattermost shows up at the higher ranks

3miL Oct 11, 12:19 AM
To be fair, thanks to the extra monster zone, the opponent can no longer summon multiple monsters from the extra deck unless they also play links

I wasn't playing irl or gba in the 2000s so I'm not really familiar with the older formats. All I know is the Master Rule during the time of Arc-V, then Vrains then the remade one in 2020 where Fusion, Synchro and Xyz are no longer restricted to the Extra Monster Zone

Marincess? Not yet, they don't even have support or ED for Dinowrestler and most of Gouki yet. I see some playing Salamangreat and Code Talkers still whenever you see a Link User

I forgot the name but there's a couple Amazoness supports, you have the one that special summons another Amazoness when one is destroyed and the other that banishes whenever an Amazoness battles. Basically their version of Dark Magic Circle

Most Hero decks as of now use Blazeman, Stratos, Sunrise as well as his support cards Poly and Miracle Fusion

Neat haha! After learning about Waking the Dragon from one of our previous convos, I applied that on one of my EDOPro decks, the BLS one I sent way way back and it summons Neo-Galaxy Eyes who I use as material for Full Armor Photon as well as Cipher Blade

I can barely relate to the fate one as it's a huge-ass universe, then you have Azumanga Daioh who I never touched for the same reason I didn't touch Lucky Star back then. The only reason I started the latter is because moe fans wouldn't shut up (ofc I ended up liking it. op was lit lol)

That's true. I have experience with 3-month comment delays as well. Usually if it's more than that people just stir up new convos haha

Oh that?! The Sacred Cards and Reshef of Destruction has those graphics lol. It's hilariously cute

Yeah, MD is pretty far out. Whatever comes here is already like 5 years late in there. That's because this is watered down (although can still be toxic) I remember that Melodious deck you showed me before with the Fairy-Type Link Monsters, pretty overpowered lol. Unfortunately I don't have enough cards of any archetype to completely grasp the playstyle but code talkers do have some amazing support cards like Backup Secretary, Boot Staggered, Stack Reviver and Dotscaper which essentially allows me to keep linking

There's a new box that came out that contained Link Monsters lol, not a lot to build a strong deck but most players just add traps and quick-plays as usual for negates. D.D. Crow is seeing a lot of play recently, hmmm

Reminds me of the 26th man, I was on Legend 4 and King of Games was after Legend 5. The following day I was demoted to Legend 1 due to a string of bad luck :( (and it'll never happen now thanks to Links being released. Poor Galaxy. I need a better deck)


the "Vision Heros" who look dumb and have a dumb name.
AGREED HAHA. Adoration is pretty strong though, I have a few of them but they look weak af and I don't know how to use them. Although that was the same case back then with Superheavy Samurai and I already have a pretty decent deck I can control

^ shit like this is fun but can get bricked most of the time :(

Cyberse Clock Dragon has one specific material but it's not in DL yet. :(. Really works well with links too

Yeah, everyone is just in it to win so they get desperate instead of having fun

What have you been doing then? You ever joined clubs or what? I feel the same now lol. Forums are getting boring, or perhaps that's just me

And as expected, My first two battles in Vrains were easily beat thanks to links showing up. And they only have Code Talkers, Gouki and Salamangreat as of now wtf. If they're gonna copy the anime, it makes sense that Salamangreats would be replaced by Trickstars as those three were the main archetype of Vrains s1. Nevertheless I did build a Brotherhood of the Fire fist deck and I'm loving the fact that they have the first three extra deck summons as well as Ritual on their arsenal

I just imagined an Arbok raping a ratata before eating it. Thanks Pokemon!

I see, that's lame. That's what I always used back then on GBAs :(

Also, didn't you first see me from the forum games? How come you're not there anymore?
All Comments