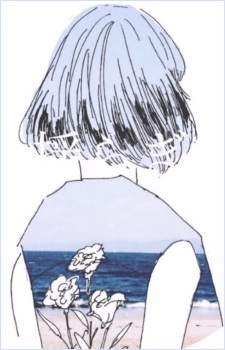 Sachyan Jun 3, 7:57 PM
I have to be honest with you, I'm probably watching it because of this lol

Sachyan Jun 2, 7:36 PM
I can say the same about Kaguya, but honestly it's the only seasonal I'm watching atm, still every episode makes the day a little brighter and funnier haha. I wonder what do you mean by "the same situation as the MC"? Hmmmm I guess I might trying catching up with the other two then.

What are you thinking about the current season so far? Btw, watching or reading anything good recently?

Shrabster May 15, 9:57 AM
Thank you for the kind words, but I must insist that my profile pictures are of the utmost purity.

Togata- May 11, 2019 6:29 AM
The first game with its numerous bad ends indeed complements well with the themes presented by the VN, although I thought the gameplay was clunky at times(like the investigation scenes, some things don't make sense logically there for the choices). One thing I really liked about the series overall is it presentation of its core theme, "obsession"(second episode also has its best execution). Will be interesting to see how its portrayed in the last episode.
Yeah that's quite inevitable for Reiji, seeing how the story has shaped up so far. Also want to see Rokushiki in a more central role for the last episode.

What other Visual novels have you read?

Togata- May 11, 2019 4:10 AM
Yeah it's the last episode apparently. I think it won't be similar to KnS 2 ending certainly(which ended on a depressing note with a cliffhanger), but Reiji will definitely suffer some despair in his quest(alone with a fulfilling ending hopefully, since that was missing in the previous two parts). Melancholic seems like an appropriate word.

Sachyan Feb 23, 2019 11:17 AM
That's nice to hear, I have many things I would like to watch right now, and I'm currently watching just as many, but I'll definitely put Utena on priority for the next months haha.

Oh, to be quite honest Fate has always been about the fanservice for me, it's a hit and miss sometimes but overall I think it's nice. Haven't played Fate/Grand Order yet tho, do you recommend the game or you play just for the sake of it?

Also, if I may ask, do you happen to have another mean of communication, perhaps Discord? If you do, I guess it would be nice to have you there, if you don't mind.

Sachyan Feb 20, 2019 9:29 PM
Hi hi nep nep. So, how was Utena? I would like to hear your impressions about it. Also, I see that you're venturing yourself into Prisma Illya series, overall how's it? Hope you're doing fine. Bai bai!

Sachyan Feb 15, 2019 3:19 AM
I can say I'm somewhat familiar. I don't know exactly what you're trying to say with filme analysis tho. But I see that you treasure it. Hibike was already something I was looking forward to watch, so that's nice. I guess I'll be watching Koe no Katachi first though.

Hmmm, so midterms are distressing for you? Also, quite honestly, I confess that I don't know how it feels to have post-snowday class cancellations, it's always heat here haha. Anyway, just out of curiosity, what exactly do you study atm?

Sachyan Feb 10, 2019 9:37 AM
I see, you do have a fair point. As a matter of fact, the rating system is something that every once in a while strikes me a little bit as well, specially, as you mentioned, when different anime relate to others. And since the rating system is pretty much your own valuation, it can create some preconceived notions about a lot of stuff. That's indeed an inconvenient truth. Somehow they help me to organize and think more deeply about the stuff I watch and read, so I can rate ''fairly'' (even though isn't really that fair). But I like your point, and since you don't rate anymore I guess I'll just have to go and ask about your impressions on the matter every once in a while. That's fine. Also, if you happen to find something interesting, make sure to pass by :D

Sachyan Feb 9, 2019 11:29 AM
That's a nice little info, you pretty much sold me the anime lol, I think it can be interesting, you should work with sales haha. Anyway, thanks, I'll put on my priorities to watch, perhaps when this 2nd season come to an end.

Also, if I may ask you, why did you stop rating your anime?

Sachyan Feb 8, 2019 4:51 AM
Yeah, I feel you, a community without 'communion' doesn't really make sense, and even though I don't use discord that much it's a much more practical platform.

118 shows on the watching list is indeed a shit-ton of stuff hahaha. How do you manage the anxiety? Either way, I have to be cautious as well. I don't have the same amount as you do, but last week it was just 8, now is already 22; it's increasing quite fast...

Ahh, I want to watch Mob psycho, but I would have to watch the first season. Seems interesting, what's so good about it? I'm watching Neverland as well, but so far it's pretty average, and it looks like just 1 cour will be disappointing. Somehow I feel the story has just begun.

Now, I understand that your watching list is pretty much crowded, but it seems you aren't watching My Roommate is a Cat, somehow it looks like it could be right up your alley for this season. Why don't you try watching it? (: