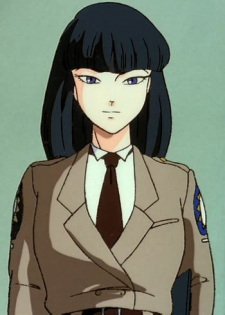 imaclassicman19 6 hours ago
Yeah, I can truly see why it's so highly rated.

What are you watching this season?

imaclassicman19 May 3, 7:16 PM
I don't really watch seasonals like that I wait till after a season is over to binge-watch them. As of now I'm watching Death Parade and the first few episodes have me hooked.

Aposimz goes a little too hard on the comedic nude moments in my opinion, mostly with Ajate, but at least they're not overused every other chapter lol. Overall I'd say Aposimz feels similar to Nihei's older stories in atmosphere and direction (feels really gritty and has apocalyptic layers to it that reminds me a lot of stuff like Biomega, just lighter), while retaining his new and more understandable storytelling style. I REALLY like what he did with the antagonists, too, it feels like the only one so far where the villains are fairly understandable. In Blame! they were mostly barbaric tribalists (such as the silicon life) or in KoS they were mysterious (such as how the Gauna may or may not have been a communication issue... or something), but here the "True Core Church" was established before our very eyes, and the Empire is being fleshed out. Actually, a bit of speculation on my part, but I feel like the Empire is becoming a lot more of a sympathetic villain organization sorta deal, especially with characters like Jate and Rinai. There are hints that Suou himself is sorta tragic, the prologue showed that he had a terrible younger life and later chapters show he has a genuine belief that humans deserve to reach the core, the empire is just filled with bad actors who do more harm than they need to (such as Yiyu). All of this shows me that he's becoming a far better character writer. I just hope he doesn't fail the landing, but I think he might not this time.

In regards to Texhnolyze, it honestly hit me harder than almost any other media I've ever seen or read. I hate wording it like that because it sounds cliche, but it genuinely is that heavy. I think most who watched it and enjoyed it can attest to that. I remember after watching it I googled if there were anything more depressing/hopeless and the only suggestions were a couple films, nobody could think of much else. It's the perfect combination of things like grit, gang drama, body horror/cybernetics, philosophy (especially in the surface episodes), tragedy and melancholy. Honestly the Shapes really freaked me the fuck out, like what the hell? The way they were made and oddly loyal was just... eerie, especially in the final episode. It's sad, too, because it's hard to recommend to many people, especially when the first arc was kinda hard to follow in my case. But the payoff is ABSOLUTLEY worth it.

Right now, I'm watching almost every seasonal airing, check out my watching list! On average I watch about 3 seasonals a day. My taste is pretty specific and I don't really like fanservice or SoL too much, so the amount I genuinely enjoy out of the seasonals is very limited. Still, I watch most regardless because of free time and to see if any of them surprise me. So far, though, this season has some great stuff. 86, Mars Red, Oddtaxi, To Your Eternity, and more are just spectacular.

I added you because I saw you posting in the Knights of Sidonia discussion threads. I binge read most Nihei manga in the last 2 weeks, and I'm just catching up with Aposimz now, on chapter 40 as I type this. I gotta say, the Aposimz story has me more engaged than perhaps any of his previous works, almost more than Blame. It feels like he's finally getting a grasp on writing a more cohesive narrative. KoS was great but it all still felt a little vague and poorly put together for me, but Aposimz has established a ton of character development on a wide cast and actually made compelling antagonists. When I realized Suou was both the character from the prologue AND *that* figure in the empire, my head exploded. With the way things are going, I could see it having a really good ending. I especially loved the way he set up a faction using Keisha's bro, it shows he's confident enough to set up that many characters and motivations. I hope it blows up enough and gets an anime adaptation eventually. I mean, frickin Knights of Sidonia did after all.

Lorenzo Apr 16, 10:42 AM
Honestly I could never get into Monster for some reason, even though I'm a fan of Urasawa's other works, like 20th Century Boys. I'll probably give it another try sometime in the future though.

Sanctuary sounds decently interesting, I'll add it to my list.

Lorenzo Apr 15, 11:42 AM
I can give Eden a try at some point, I've seen it's pretty popular among manga readers. Do you have anything else?

Lorenzo Apr 14, 1:32 PM
Hey there. You seem like a seinen enthusiast. Could you recommend me some seinen manga that's easy to binge? I just finished All Rounder Meguru which was really nice, though probably half the reason I enjoyed it was because I just like martial arts stories in general.

RobertBobert Mar 12, 7:17 AM
Well, from what I know about them, it's mostly bizare and dark in a good way. When I was a teenager, Gantz was one of the most talked about and hyped shows, but unfortunately it wasn't my type at the time.

RobertBobert Mar 11, 8:09 AM
Thank you, I have long wanted to watch them, but something stops me every time.

RobertBobert Mar 11, 7:42 AM
Would you recommend Dorehodoro and Gantz if I'm looking for dark science fiction?
All Comments