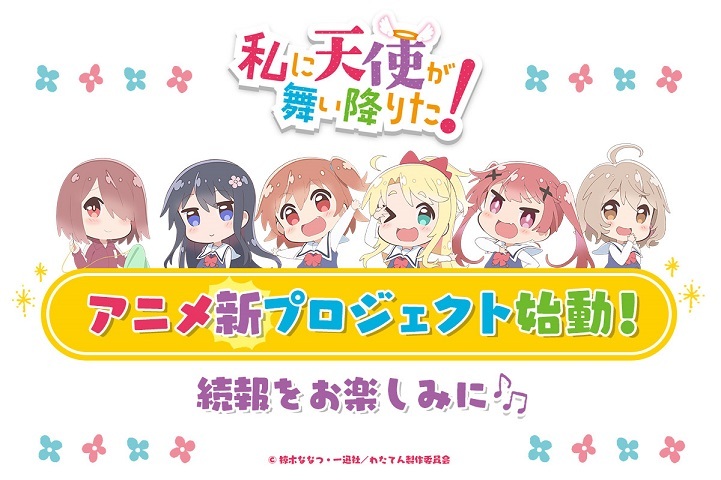 The official website of the Watashi ni Tenshi ga Maiorita! (Wataten! An Angel Flew Down to Me) television anime announced a new anime project on Tuesday. The website also revealed a commemorative illustration (pictured). 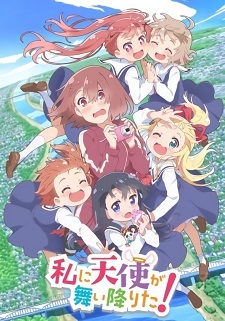 Watashi ni Tenshi ga Maiorita!, also known by its short title Wataten, adapts Nanatsu Mukunoki's slice of life comedy manga, which has been serialized in Comic Yuri Hime since November 2016. Ichijinsha published the eighth volume on September 18. Wataten has a cumulative 2.9 million copies of its volumes in print.

The anime series produced by Doga Kobo aired in 12 episodes in Winter 2019. The third and final home video release included a special episode last May. Crunchyroll simulcast the anime with subtitles as it aired in Japan.

Synopsis
College student Miyako Hoshino is quite shy around other people. She mostly spends her time in her room making cosplay outfits. When her fifth-grade sister Hinata brings her classmate Hana Shirosaki home, Miyako instantly becomes captivated with Hana's cuteness.

Miyako tries to do various things, ranging from making Hana wear cosplay dresses to giving her sweets. This gives Hana a bad impression of her at first, but Miyako will do anything to grow closer to the angel who has descended before her. [Written by MAL Rewrite]

Awesome! Maybe not my favorite Yuri but it was still very cute

Koyori and Kanon are my favorite lesbian couple in this. They are so fucking cute together,,,YEEEEEEEEES 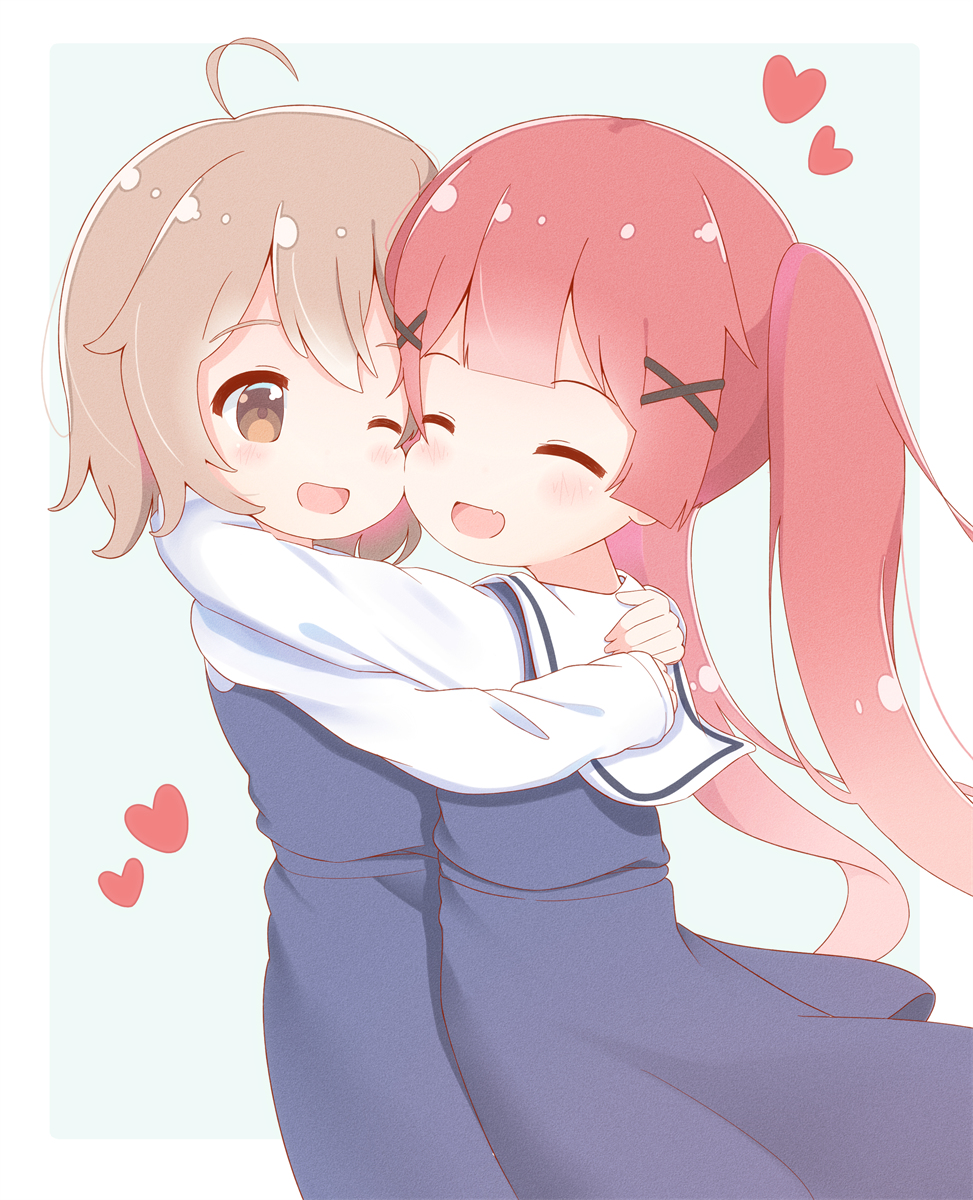 I dropped it after one episode I should probably give it another chance though.

One of the cutest shows I've ever seen. I enjoy just about everything from studio Doga Kobo. So glad I got the Hinata nendoroid too.


Let's go! We def. needed some more MYA-NEE! Now I'm curious as to what kind they will announce though...

Just hoping it is a sequel. Need more MYA-NEEEEEE!!

Ok thats lit. So far the only news message that made me truly happy and excited this year.

It's been so long., I need to see Noa again.

Talk about a pleasant surprise.

Even more pleasant if this turns out to be a 2nd season rather an OVA or two or a Movie because when the hell will I be able to watch that then?. Good thing Doga Koba haven't been part of a Movie in a while, actually if ever for that matter.

Chibi version of the key visual though, hopefully it won't turn out to be just that then.

Now I only need more UzaMaid! as well

YOOOOOOO OMGG YESS, i hope we dont get ova's but a second season:(

Talk about a pleasant surprise

Now I only need more UzaMaid! as well

if this doesn't bring you back from the dead, then nothing will

Wait is this season 2? If so, I'm hype and looking forward for the new season! xD

Please be a season two!

Want new season and please don't give us one or two ovas only.

Mya-neeeeee intensities!
Wataten was one or the two shoujo-ai that I actually enjoyed and Hinata is probably the most wholesome character ever, so I'm kinda hyped.

I'm hoping for a second season but I think this "new project" is probably an OVA or a chibi spinoff short anime. But it's all good since more Wataten is always welcome.

New Anime project? Kinda worried it didn't say straight out that it's Season 2. Might be some kind of chibi short specials. But I'll take what I can get. Wataten is the sole CGDCT I gave a 10/10.

Lol, several days ago i just rewatch Wataten as it is one of my fav CGDCT anime, n wondering when will the 2nd season come. 🥰💕