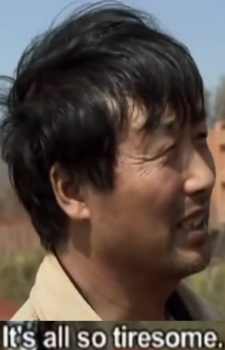 Cr4zko Oct 2, 2020 12:11 PM
Not that great, honestly. My article was a little spergy, but shows that the status quo can always get worse somehow.

Hmm I think it had something to do with his "heart". Kuro said that what Hifumi took from Sen was his heart i.e. Sen was in love with Hifumi. I'm guessing he snapped out of it during that critical time. And he said he almost went back to being a bat when Hifumi got all cute and sentimental during the ending. I think one could also freely use the curse they got as magic instead in the case that they conquered it. Well, even if that's not the case, it's true that it looks cool so no complaints >w<

Oh I was really confused with Mo's chapter too! I thought the same about it, since that was the first time they showed the encounter with Hifumi. The narration really is the most charming aspect of the manga, but it's also what's keeping me from giving it a 10 since I got confused a lot of times haha. And don't worry about emphasizing Kuro and Sen's relationship - I had double the joy during the ending because their relationship satisfied what I had expected from your comment. The relationship of the four together are really enjoyable all throughout and Kuro and the twins' relationship was really developed well, but I also find Sen's relationship with the three girls (especially with Kuro towards the end) much more endearing. Probably because he didn't even intend to be a father figure to a daughter, much more daughterS, and was easygoing, sometimes snarky, and even womanizing a couple times; and yet there he is. I was smiling so much when he finally referred to the three as his daughters!

By the way, since you said you like this kind of artstyle, maybe you'll also enjoy Kuro by Somatou. It's really cute and creepy at the same time, and has a similar pacing to Hitsugikatsugi no Kuro in terms of revealing mysteries. I immediately thought of it when I started reading your rec.

emanime Jun 23, 2020 9:41 AM
Yo! I just finished the manga that you recommended to me, Hitsugikatsugi no Kuro. Its... so beautiful T____T really, thank you very much for this rec, I wouldn't have probably found it otherwise!

Honestly it took me a lot of adjusting at first, since the series uses anachronic order and events get all muddled up. I feel like that fact would shoo some readers away, but also hook some others in. Of course I got hooked in - the style was really enticing. I loved how events jump from one place to another, from present to past or future. The slow pacing was fitting of the travelling premise and the gradual reveal of the mystery was really well-written. Not to mention, the dynamics between the characters are really fun and heartwarming! I'm surprised that it barely has 3k members here in MAL.

ggultra2764 Mar 3, 2020 1:29 PM
Sounds like you caught the Joker reference. Read or Die was one of my favorite anime when I was starting off my fandom back in the 2000s. A fun little action series and one that definitely could use more love.