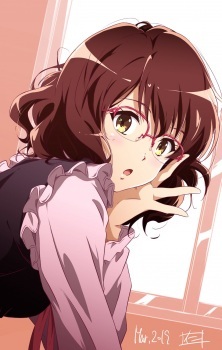 haydenluvsanime May 31, 7:48 PM
Thanks for making me aware of this! I'll be sure to watch it soon

Rei_III Apr 19, 5:54 AM
Well, I'm just imagining things, but 80s general style (except for stylized films and peculiar charadesigners works) was roundish, Sonoda at the very least exemplifies what the 90s were about to be: geometrical shapes, faces, hairs, etc.


Only the first two in order not to force someone to watch what I've just read is "stiff bad animated", "poorly drawn" and... of course "too sexualised" (in other words, the usual american "Oh my God, those are tits !!" obsession.)
(By the way, your bizarre hurts after that. XD)

Rei_III Apr 19, 2:57 AM
Thanks again, the drawings alone were already so much fun to watch (it's funny how much I appreciate his style despite how much I regret it set up the whole 90s look)

If I may, consider the first two minutes of this video as a way to thank you ; https://www.youtube.com/watch?v=jbyVCye7Z_4

Rei_III Apr 13, 9:14 AM
(not sure I even understood how it is supposed to sound like for TV)
Basically, the dub is recorded directly on the final audio track of the original. So, you hear (clearly, but often like if it was read rather than acted) the dub plus the original voices as a background sound.

"French animation..."it exists?" xD"
In your country or for you? XD If you're serious, go watch some in the name of the animation gods (one of them I decided arbitrarily to call Hideaki). More seriously, there are films: everyone interested in animation knows about "Le Roi et l'Oiseau" for example and "Planète Sauvage" (less about "Gandahar" sadly).
We have schools too, in case you didn't know. XD (The most famous one is currently "Les Gobelins" thanks to their way to release all their students works on YouTube.)

As for the soviet things, I indeed noticedthat stop-motion seemed to be fairly popular when checking some animation history books.


The Kon documentary will get official releases outside France, I'm pretty sure.

Rei_III Apr 12, 2:22 PM
Sorry for not being private to specific vocabulary ! (I bet you don't know the english names for some biological terms or proteins names. :D )

I think Boilet is the guy who worked with Taniguchi and makes reports/essays etc. It has nothing to do with "french manga". De Crécy has a very particular style (like many comic artists who are illustrators). Well, those two aren't so-called french manga artists. (Don't check anyway, it's really isn't worth it, just like german manga. I was simply joking about that element.)
As for french animation, I think Laloux is a more worthy representant (especially Gandahar). Or the more recent "La jeune fille sans mains" I discovered a few days ago (it's in my animation movies library, if you care to simply check how nice it looks). I know Wakfu, because of younger brothers (my god, you're so young XD) I wouldn't say going from Wakfu to Shinkai is a big step but since Miyazaki was along...

As an almost neighbour, you ought to learn french anyway. We're not that far apart and you would get easily any manga and anime you could wish from less far than America. I'm so sad for you, this means that... you never had the chance to grow up overfeeded by japanese subculture, couldn't watch Akira before your sixth birthday, you missed so many things. q_p (Also, if you'' from one of those mid/east Europe countries that "overdub", I am REALLY sad for your early years of TV and cinema.)


PS: so, people know Tintin where you are from (it's from Belgium btw). What about Astérix (comics/animated adaptatios), "mature" comic books with no end like XIII, Largo Winch, etc ? KIds stuff like Spirou and the Marsupilami, Schtroumpfs/Schmurfs, etc (more belgium titles btw)?
(Sorry for being curious, not trying to "comic-localize" you.)

Yes, yanking the whole thing should mean that they simply removed the whole page for maximum laziness. No, it wasn't silhouettes from memory, but I didn't find it in any way pornographic (despite basically hating any sexual thing). It wasn't more than one case/square/whatever you call each picture zone on a comics page in english. XD
The entire thing as envisioned by the creator can be bought from Glénat. Cheaper than english publishers. BIg double tomes aren't particularly appealing but the covers of this 2nd edition are nice.

Start to learn a bit of both and you'll soon find you like french (even if only relatively xD). Plus, it opens the doors to all those extreme experimental idiots working in cinema right now. And you'll get the bonus of french "manga" ! And all those french cartoons influenced by "japoniaiseries" (more importantly: all those splendid animation works for the cinema, from the 70s to now, that you keep on missing). And have access to my full animated video library (except for the few german and italian dubs I still own).
Seriously though, being able to read/hear (not talking about self expression) something else than one's own language shouldn't be seen as . Not talking about english since everyone and their mother is forced into it (and at a youger age, things are worsening).

PS: sorry for the lessons.

PPS: do I have to guess your origin or will you tell it ? (I'm bad at devinettes.)

Rei_III Apr 12, 10:01 AM
France had never had any censorship problems with japanese animation outside of zelous cuts aimed to satisfy TV psychologists. Gunsmith Cats is one of those OAVs that were released after the success of the sub-only Lodoss OAVs and so aren't affected by it.
(The Penguin thing is really an exception, that's why I was so surprised.)

Oh, you meant the manga. XD Well... I guess you're talking about a depiction of a certain talent of Minnie May? It was cut out from the first print in the 90s and "restored" for the Revised edition in the mid 2000s Second Manga Boom*, the double tomes I have.)
Apart from that, I have no idea what could be removed from a "girls, guns & cars" manga. The mechanical fan-service? Moments when Rally drops the top? (basically every gun fight, and there's nothing revealed)

By the way, the Bandit one-shot was incorporated into Gunsmith for this edition, so it might be the additional chapter counted. (I can't assure you since those books are at home, not in my uni room.)

Anyway, just buy the french version. You're a manga reader/anime watcher. There are two languages to understand for you in this situation: french and english. Unless you want to "have fun" learning japanese.

PS: have a good time with Usagi. Not nice to skip the charming Minako though.

PPS: good, now keep it like that and go on with the spoil !


*: don't bother checking, it's a french publishing phenomena. From what I noticed, the first american boom wasn't even there yet by then.

Rei_III Apr 10, 6:28 AM
I see. Did you already watch the bunch of futuristic/space movies or OAVs they made with him as designer? (I forgot the name of the series.)

PS: if you come to like Sonoda mangas style, Exaxxion is pretty nice if inconsequential.

Before I forget, some illustrations (from Comptiq, going with the replays) even though you probably have forgotten about Lodoss already ;)
https://togetter.com/li/562880

https://sneakerbunko.jp/lodoss30th/outline/
Zut, now, I want to know more about this "next generation" series... 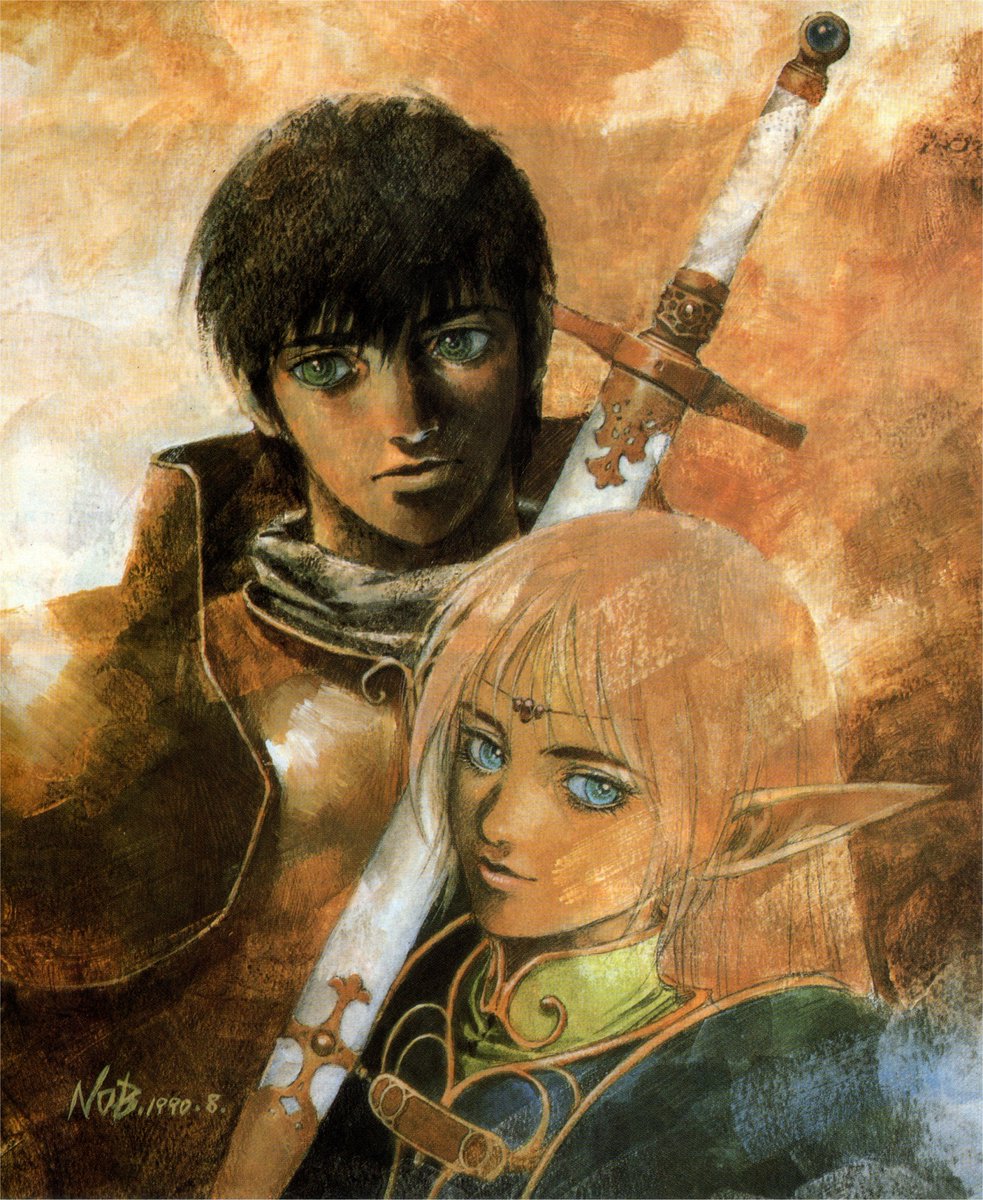 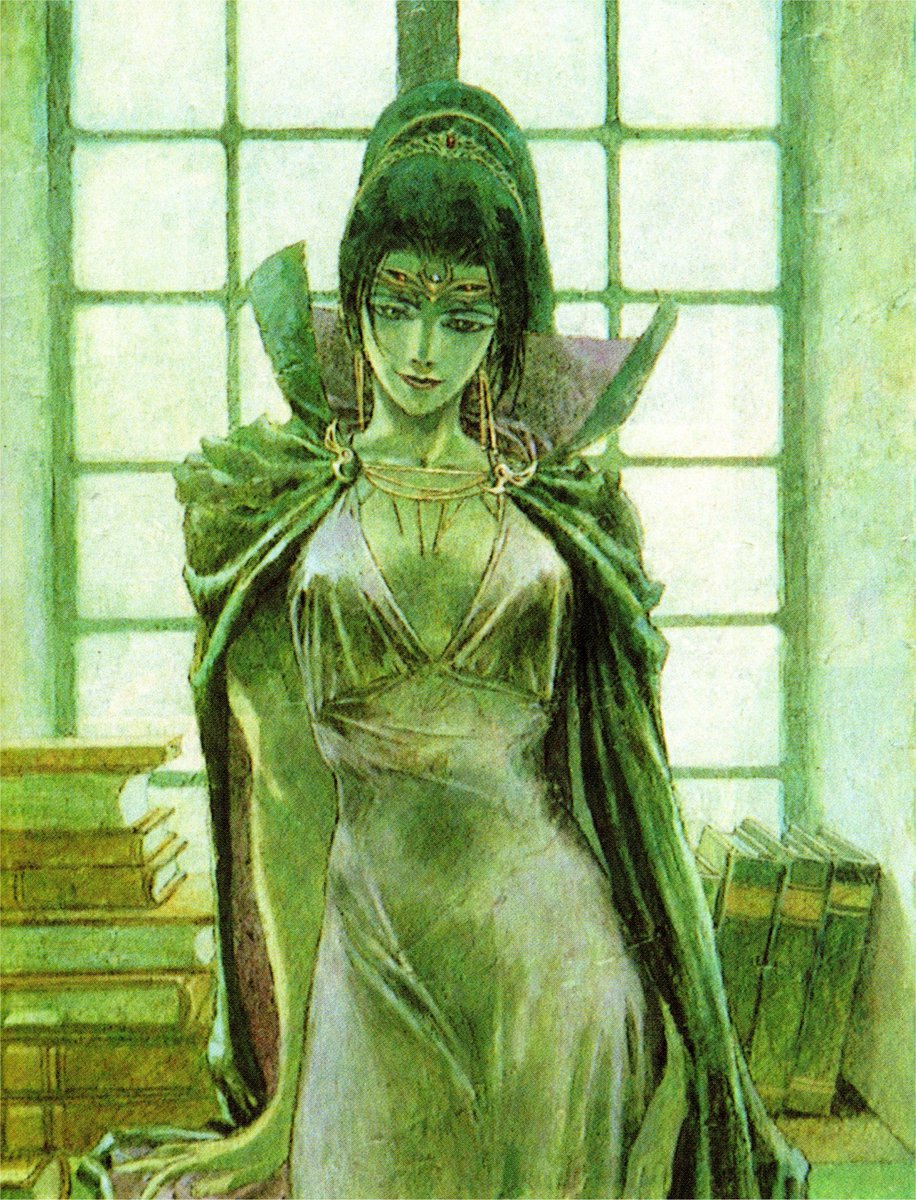 Sorry, I guess it's the same reason for recycling my posts with editing in fora (as you've seen me do almost every time). Tidyness, maybe? (Not trying to mock your reaction, it's just an habit.) It is also beneficial to my loading experience on 3DS (less is better).
All Comments