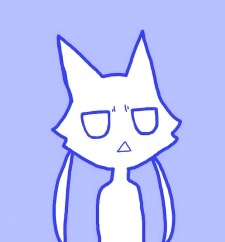 AlephDaud Aug 31, 5:58 PM
Lol, forcing people to watch anime you like is the best. There are still people who haven't forgiven me for screening Excel Saga. Yeah it's gonna be a challenge this year but I think our new committee is up for it.

Craftysoran Aug 25, 7:56 AM
There's a lot of magical girl stuff I would like to watch as well, I really like the genre and I enjoy seeing the different variations of powers the characters take on. I'm thinking about watching Heartcatch soon for sure, do you recommend any other Precure series? I am drawn to that one in particular for the lovely character designs. I also need to finish Sailor Moon and Ojamajo Doremi, I really enjoyed what I watched of both of them. Just as you said, magical girl shows are long, and typically repetitive. I think they're best watched over a long period, I will usually just chill and watch an episode or two at the end of the day.

AlephDaud Aug 23, 8:59 PM
Nice to meet you! Thank you reading my blog, it's nice to know its reaching someone. Likewise, I was Cardiff's president last year but I'm still around on the committee for this coming year.

Craftysoran Aug 23, 7:17 PM
That's good to hear! I am craving the beach right now, it would be nice if I can get away within the remainder of this summer as well. And just as you said, I have been taking advantage of the added free time to get through shows faster too. Despite a lot of the problems Covid has brought for the world, I do think many people on this website and just fans in general are enjoying the ability to watch more, and use the shows as escapism (or is it just me?) 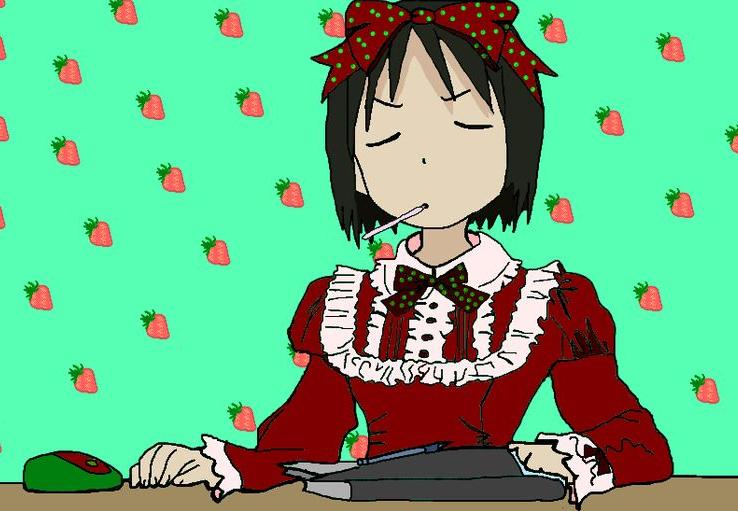 And your wish is my command, Nobue is the best :)

Marc_----- Jun 6, 12:33 AM
I mainly watch mecha. I don't really go out of my way to watch anything else most of the time so my scope's very limited. Regarding the "classics" appreciation, don't people wank off stuff like Legend of the Galactic Heroes, Rose of Versailles, and the like?

Kennit Mar 7, 10:49 AM
Glad you liked it! Aiko really is great, she conquered my heart instantly.

To the previous list I'd want to add Interstella 5555, a super stylish official AMV to the Daft Punk's album Discovery, directed by legendary Leiji Matsumoto (Harlock, Yamato, Galaxy Express). I still remember fondly the times when I kept the music TV channel on religiously, just to rewatch a piece of then rare anime again.

By the way, great blog entry, I thoroughly enjoyed the excursion.

Kennit Feb 9, 7:51 AM
Happy Birthday! I came with a little (草) list of things you would probably enjoy or at least find interesting. It's mostly short stuff that will entertain you in different ways without investing too much time.

Komugi-chan > More parody mahou shoujo anime like Dai Mahou Touge (totalitarian magic kingdom with a merciless princess), Majokko Tsukune-chan (a goofy surreal comedy), Renkin San-kyuu Magical Pokaan (only one girl is a magic user, but the other girls are: a vampire, a werewolf, a robot and an invisible girl)

Je T'aime is a short about a basset and a humanoid weapon in an empty, war-ravaged town. Strong Shoujo Shuumatsu Ryokou vibes.
Not sure if you will like it, but Chainsaw Maid is a neat trashy splatterhouse claymation short. It's a maid! And she wields a chainsaw!
Some dislike it, but Kowabon was the only horror anime that managed to genuinely scare me, despite being a short.


Anthology movies! The shorts are of varying quality, the meh ones won't take too much time and the great ones will stay with you forever.
Memories - the first movie is a stunningly beautiful and sad sci-fi story. The second one is a dark comedy and looks like something the eizouken girls could make. The third one is a very stylish militaristic distopy.
Genius Party and Genius Party Beyond - highly entertaining anthologies from the Studio 4°C visionaries. The shorts are VERY different. Pretty much must watch.
Neo Tokyo - Solid compilation.
The Animatrix - You have seen The Matrix, right? This is a neat addition to the trilogy, the shorts show some history bits and explore different corners of both virtual and real worlds.

NOT ANIME
Unofficial Sentai Akibaranger. Yes. I strongly recommend watching Akibaranger, the only sentai show permitted to discuss on /a/ while it aired. Relatable otaku heroes fighting evil with the power of their great delusions, stylish silly-looking villains, painful jokes, itasha transforming into a piloted mecha, and THAT TWIST! It's pretty much 3D(PD) anime. Also, the production staff said something like "if you send us your letters, we'll consider making another season". Me and other anons sent letters of support and guess what? They made another season!

I haven't seen the new Devilman anime, but the old OVAs are absolutely gorgeous, the animation is great, the demon designs are utterly monstrous and the level of brutality is turned up to eleven. The third OVA (Amon) isn't as good as the first two but still worth watching, it's also sickneningly brutal (that's coming from a guro enthusiast, so brace yourself).

Giant Robo is a gorgeously animated sci-fi OVA series with a Greek tragedy level plot. A truckload of interesting characters (but too little time to flesh out all of them). Watch this scene as a trailer, I believe it's not too spoilerish: https://www.youtube.com/watch?v=hfgmhLFB8X8

Gungrave - don't pay much attention to the first episode. You're about to watch an epic gangster drama in style of Scarface, American Gangster or City of God (or GTA). The more you watch, the better it becomes.

Jarinko Chie and Tonari no Yamada-kun are good family SoL movies.
Cyber City Oedo 808 - 3 OVAs about 3 colorful criminals forced to work together as members of the police force. Very stylish cyberpank action.
Crusher Joe feels like a piece of Bondiana set in space.
Kaze no Na wa Amnesia - a road movie about the journey through the world where humanity had suddenly lost all of its memories.
They Were Eleven - an engaging detective story set on a spaceship.
Roujin Z - What could be the solution to the problem of aging population? Of course, nuclear powered robotized hospital beds! The script is by the Akira's author.
Millennium Actress - you have already watched a lot of Satoshi Kon's stuff, this movie is worth watching too.
Eve no Jikan
Mizu no Kotoba


Ojiisan no Lamp
Kaiji
Mitsudomoe
Gasaraki
Shiki - A Salem's Lot-esque story about local vampiric infestation.
Natsume Yuujinchou - a gentle tranquil SoL about friendship, kindness and fleetingness of human life. Lots of cute youkai. Will make you cry because of a broken cup.

Hyouge Mono - watch a few episodes to decide if you like it. An unortodox historical comedy about an aesthetics obsessed samurai trying to expand his influence. Ultimately, it's all about tea. And wabi. And sabi. Get ready to mash the screencap shortcut to save all dem reaction faces. Tea for universe, tea for life.

Netrun-mon isn't anything special, but it features Hiroyuki Nishimura.


Honestly, I'm not sure what manga to recommend, so I'll just say that Sketchbook manga is very nice and is still being published. Also, check Seizon Life, a high-tension drama about a terminally ill old man trying to bring his daughter's murderer to justice while it's still possible. The story is by Nobuyuki Fukumoto (Kaiji's author), so it's highly engaging. Oyaji is a very good gritty story about the manliest father in the world trying to strengthen the bonds with his family after doing time for 15 years. You'll love the old scarred bastard.

Craftysoran Feb 3, 4:08 AM
I have read the Genshiken manga! Before the anime actually. It’s much better in my opinion; while I think the anime is really fun and still enjoyable, the manga is so detailed and each panel looks great.

The 19th episode’s directing was.... interesting. It certainly was hard to look away from, that’s for sure.

Craftysoran Feb 1, 7:48 AM
That is excellent! Did everyone fill roles similar to the story? (Like in my friend group of weebs I've always thought of myself as the Ohno, for instance, and I know a lottttt of people relate to Madarame)

Do you have a blog? I would be interested in reading it if you did.

And I will certainly finish the Azumanga anime soon, its been on my hold for a while so I never intended to drop it.

Also, I haven't even mentioned Kare Kano yet. Kudos to you for liking one of the best, most underrated anime I have seen, certainly one of Anno's best works alongside Eva and Gunbuster. Its a shame he was not allowed to finish his narrative, although the episodes he did direct were impeccable.

Craftysoran Jan 31, 5:34 PM
You're very welcome! I appreciate how unique your favorites are. Genshiken is very special to me too, the first series is so enjoyable.

Ichigo marshmallow is crazy underrated in my opinion, its so cute and fun. Nobue is amazing though, not to mention way too relatable. Shes my current pfp because she deserves it.

Sadly no blog yet, although I want one soon. I also want to write more reviews on here, my only one up is one on the Elfen Lied manga that has points I don't entirely agree with anymore. I sometimes take notes on shows as I watch them though, so a potential blog in the future is very possible.

It seems you love Azumanga Diaoh, the manga is a big favorite but I'm having trouble getting into the anime. Some of their voices just aren't as I imagined them while I read the manga, plus the comedy feels a lot slower to me. But more importantly, do you have a fav character in the franchise? I love Osaka with all of my heart, she's too cute.

Suna_Kujira Dec 15, 2019 2:40 AM
Welcome to Critics and Connoisseurs . Please go through our Club FAQ . We encourage all our members to be active in our You Decide, Spotlight Forums and keep up with the activity requirements. Here is a link to our Old Spotlights to help you familiarize yourself with titles that have been nominated in the past. You can also find a link to our Discord server on our main page. Again Welcome!

Dejiko33 May 6, 2019 8:59 AM
Oh, I have the same. I like all characters but my favorite is Akari. She is such an inspiring and positive character. I love her way of looking at the world, she believes in miracles and they happen to her. I think he is one of the most unique characters :)
Hehe I like the President Aria too. He is so cute and silly ^w^
I think the next person I like the most is Alice. She is a funny character and I love her expressions xD

Dejiko33 May 2, 2019 9:14 AM
You're welcome! Yup exactly. I love their kawaii style :) Ooo yeah, yeah I agree with you. I think it makes this series so special. It seems to be a very simple anime and it can surprise and enchant! *-* Which of the characters from Aria do you like the most? :)
All Comments