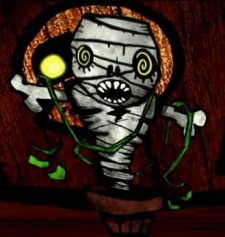 Eric13531 8 hours ago
Not sure if 'deconstruction' is the right word, but I definitely think he has more depth than your typical antisocial protagonist. Hachiman is knowledgable of his classroom's social heirarchy and his position in it, so he constantly devalues himself, acting in selfless, self-destructive ways which ends up hurting those around him, Yukino and Yui in particular. I also think it's interesting how he balances his ego with his self-sacrificial disposition. I watched the anime one or two years back so my memory might be wrong tho
Anyways, it's great to hear that about monogatari, I was afraid it would sound unnatural due to the translation 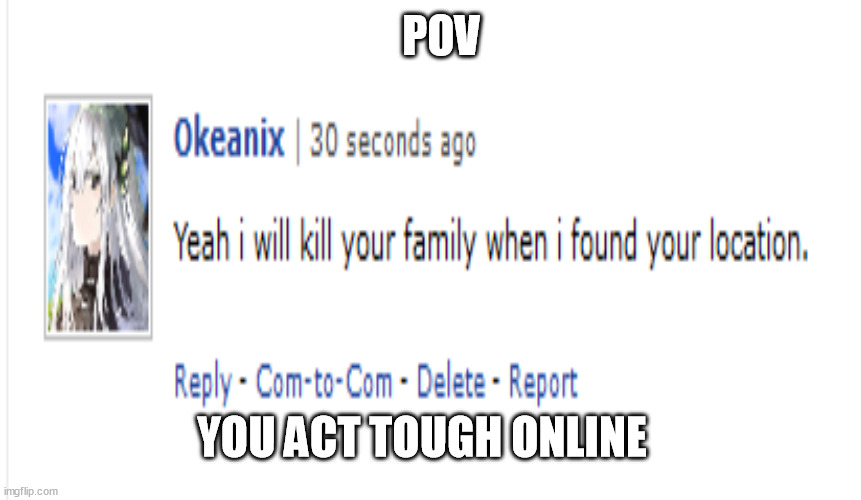 AlterIgor 12 hours ago
bro don't waste your time talking to that guy, I think he got some mental problem (I'm not playing and I'm being serious)

Okeanix 12 hours ago
In other words there is no flaws in Re:Zero i can think of and i'm trying to dodge conversation.

Okeanix 12 hours ago
I don't know what you dislike about Re:Zero which can create more healthy conversation.

Okeanix 12 hours ago
Every Re:Zero season is completely different than each other and this will continue for 10 Seasons, one of reasons why Re:Zero is a masterpiece.

Okeanix Yesterday, 6:20 PM
I don't even know how you compare Re:Zero and Evangelion without even watching Re:Zero Season 2 which only covers 20% of full series

You are complete waste of time. I can't imagine how you live to this age.

Okeanix Yesterday, 5:35 PM
If you think Re:Zero is generic isekai with edge, then you have serious problems or you have never watched nor read Re:Zero once.

And yes with more Re:Zero seasons it will became more and more popular while no one will remember Evangelion in 50 years while everyone will speak Re:Zero for decade. I can also debunk every other of your funny logic but i didn't much expected from Eva fan.

Thanks for proving again why Eva fans are so close-minded and actually blind. And World Building doesn't matter in every type of series but it matters in Evangelion and if you say Evangelion is better in World Building than literally big Fantasy series again you have serious problems.

Okeanix Yesterday, 5:32 PM
I only use it because you talk like Evangelion is much bigger series lmao. No one fcking cares Evangelion, go outside of your circlejerk.

Also stop cry because Re:Zero is objectively better series, i don't care your trash subjective thoughts. You have trash taste.

Okeanix Yesterday, 5:29 PM
Also even Evangelion being one of old anime has 1,200,000 Members while 2016 Re:Zero has 1,614,000 Members. Just saying. You are the one started popularity contest and which series more has discussion and no Re:Zero has more discusssions. No one talks about Evangelion if you are not fanboy.

Okeanix Yesterday, 4:53 PM
If you want so much i will proof some of my claims

"No Time Wasting Scenes"
Re:Zero doesn't have any Time Wasting scenes and everything has purpose in story while in Evangelion there is empty episodes and scenes (like elevator scene because budget problems). Filler Episode is Sea episode, if you don't watch that episode you lose nothing.

"No Fillers"
Everything in Re:Zero comes from Source Material and every dialogue has purpose on characters and story while in Evangelion there is fillers which doesn't have impact on Story and Characters

"Better World"
Re:Zero is big fantasy world with 4 Huge Kingdoms and Infinite Lore of Races, Magic, Witches and a lot of stuff while Evangelion is just basically real world with mecha & angels.

"Better Worldbuilding"
Evangelion never explains how world works or doesn't properly explain what happens in rest of world and every episode happens in same place while in Re:Zero they travel around world and found amazing places, politics, other kingdoms etc.

"Better Worlddesign"
I explained above

"Better Character Development"
Every Re:Zero character changed a lot through story and story changed with them but in Evangelion? Not really.

"Better Action"
Mecha Fights are boring and Evangelion is old series with bad animation in today's standarts. Re:Zero has very good power system with Authorities, Magic and stuff which is more fun to watch.

"Moree Depth in Everything"
Re:Zero is Novel Adaptation and explains each character's thoughts and everything in very depth also it is very long series which makes it already superior than Evangelion by far.

I can write rest of my claims, but i'm tired. If you have any counter argument start with this.

Okeanix Yesterday, 4:25 PM
It is not worth to waste time, anyone with eyes can see that. Yes Re:Zero is better and they are not in same level.

Okeanix Yesterday, 4:00 PM
No but it is better and if you read Re:Zero you would have known it. Stop fanboying Evangelion that much and admit it is very small seriees focus on certain things.
All Comments