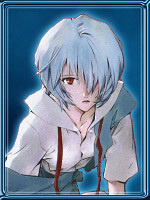 St0rmblade Jul 11, 7:01 AM
Well I can't recall seeing much of that hair style+color so maybe it is? The outfit is also similar. It's not like the info is official so you're free to draw a better connection, if you have something in mind. Sazae is also an "immortal" family in a sense given how long it's been going.

Chinatsu has 2 moles in the same place on her face as that idol xD Very subtle!

What's happening in a week? You make it sound a bit scary x)

St0rmblade Jul 10, 1:57 PM
I mean this:
https://myanimelist.net/anime/49827/Mobile_Suit_Gundam__Cucuruz_Doans_Island
Maybe at this point you'll just be better off waiting for all G-Reco movies to come out and watching them?

St0rmblade Jul 10, 1:37 PM
Well I've also "shelved" my plans for lots of Tomino stuff, so you're not alone in this x) You have more of Gundam to watch? The recent remake movie by Yasuhiko?

St0rmblade Jul 10, 11:56 AM
Hah, I thought things like show airing dates were definitely over-the-top. If you're up for unconventional superhero shows, I may suggest Gatchaman Crowds as well.

St0rmblade Jul 3, 9:10 AM
Found this neat list of real events likely referenced by ConRevo. Nice addition to my own speculations
https://cherriesink.wordpress.com/2021/12/25/concrete-revolutio/

St0rmblade Jun 29, 3:33 AM
Yeah, DB and that Saiyuuki manga made me think that (though I don't know how much they actually borrow from the Chinese novel, rather than being loosely inspired by some of its plot points). Tezuka doesn't deserve just "flying through" :D Well, anyway the movie is great

Just kept things about the show in my head for now (not like I could find any of your comments either :D), but there're clearly lots of replays of certain events from Japanese 20th century history. I haven't looked up other people's write ups on it yet, actually (if you have any good ones, I would appreciate it).

P.S. Glad to have started ConRevo at last.

St0rmblade Jun 6, 5:40 AM
Makes sense given Aikawa's connection, though I had some other watching plans as well...I'll look into it

P.S. As far as his other projects go, I strongly recommend The Hakkenden OVAs. Legendary stuff (mostly because of animation)

The second part of the show was mostly handled by another director, with SatoJun being more of an overseer, afaik, but still working on several episodes. Maybe that's another reason to treat it differently, dunno. Quality-wise it's the same. MAL says it's about timeslots on TV.

How many exams do you have to take until you're liberated from them? x) Good luck anyways

St0rmblade May 17, 12:18 PM
Returning to the (amazing) Kaleido Star, I noticed it's streaming on Gonzo's official YT channel (though the quality is not the best)
https://www.youtube.com/user/gonzo/videos

St0rmblade Apr 25, 10:55 AM
You might be interested in this:
https://www.animenewsnetwork.com/interest/2022-04-25/studio-colorido-announces-10th-anniversary-online-film-festival/.184975
Free streaming of some Colorido's stuff
All Comments