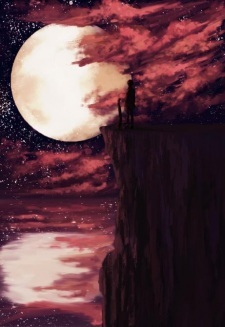 Plasmatize Jun 27, 2:53 PM
Solid writeup for Kaguya's best season yet! S3's script is just superb. The density. The layers. The double-meaning lines. The perfectly-placed roles and agents of chaos. The constant, genius reincorporation of countless events and character traits going all the way back to to early S1, all while piling even more onto its phenomenal array of hilarious, crystal-clear personalities! It's rare to see this much effort put into any series' script, let alone a (mostly) comedy-centric one. And that's before even mentioning the audiovisuals! I honestly don't know how they're going to top this, I just hope future seasons can continue to be even half as good.

TheNinthRequiem Apr 7, 7:50 PM
Yeah no some of the people on this website are horrible. Sorry for the burnout, I know exactly how you feel, not from anime but just the burnout feeling. It sucks. Hope you feel better.

TheNinthRequiem Apr 7, 7:36 PM
Hi CodeBlazeFate! Sorry for some of these people in your comments section, some people just can't accept that you don't like their favourite shows. I think you're a very level-headed reviewer who makes some really good points. Keep at it champ! I for one enjoyed demon slayer but I see where you're coming from. Have a nice day!

dowset Apr 7, 2:53 PM
you thinking im someone else who created an alt account clearly proof what i said... get out of your little bubble and see a psychiatre...

dowset Apr 7, 2:50 PM
reading a few more of your review and come to conclusion that you're an idiot whose probably schizophrenic....

dowset Apr 7, 2:46 PM
all the anime you like are terrible

dowset Apr 7, 2:43 PM
your review of arifureta is pathetic, you sound like kyle father in south park when he make review for yelp.... lol

Vhisp Mar 22, 10:42 PM
Nothing to say but, your demon slayer review is actually, very good.
Also, your review for isekai smarphone was funny and good.
"Creative bankruptcy" LoL

Johan Mar 4, 3:35 AM
Ya was just curious. I was never particularly close to him or considered him a friend. Whatever he had going on had nothing to do with what I had going on lol.


Anime discourse is always going to remain abhorrent so long as the predominant voices are those the likes of AndoCommando, RebelPanda and others.

You know when anime discourse was civil? When you were in primary school back in 2009-2011. Noone hated anyone. Noone felt compelled to make dumbass quarterly reviews on why Darker than Black is a 4/10 or Code Geass is a 5/10. Anime was much more niche and much more friendly. Blogosphere was thriving. The people on MAL making reviews at the time like Stark700 or the Jesus Guy, were generally fair and balanced, and life went on.

Ya you had the occassional goofball that thought bleach or naruto was the best anime ever, but most of us just ignored that as people just starting out on anime etc, and kindly told them to watch shows like Geass or Death Note.

I dont think we will ever be able to go back to those days.


Edit: Whats your discord nowadays. Old one was banned a while back LOL.
All Comments