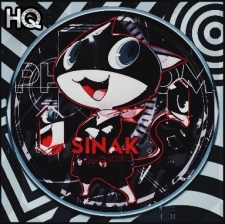 Hikool101 11 hours ago
By the way, I've been wanting to see Flip Flappers, but I'm curious, what made you put in on your favorites?

Hikool101 Yesterday, 10:01 AM
I actually agree with that statement, that the manga is better than the anime and the games. I think they're up to volume 15 or 16 localized in the US. Do you know?

Hikool101 Yesterday, 9:48 AM
Hey, nice to see a Youkai Watch fan! I actually own volumes 1-10 of the manga. Do you own them physically as well?

horridhendy Yesterday, 9:42 AM
Yes. Funnily enough, that Gengorou manga "Pride" almost had me crying from horror by the last few chapters. I feel like that manga is a test of how extreme your kinks go because I was not prepared for what happened. Lol.

Oh, I hadn't heard about "Our Colours" - perhaps I'll give it a go. I thought "Otouto no Otto" did such a good job of having comedic moments to make sure that it wasn't overly sentimental. I really loved that manga...and yeah, you're right - the author does have that bara bear look I guess. Lol.

Back to Hanako! Yes, I think the rainbow theme works better when it starts with the red. It was nice to have a change to the blue but I missed the Hanako profile pic :)

horridhendy Yesterday, 2:55 AM
Yeah, I think it's brilliant. It really affected me personally - it's the only manga I've read that made me cry. To be fair, I mainly only read yaoi so that's unlikely to make me cry I guess. Lol.

It's funny to me that the author Gengorou Tagame wrote this because from what I've seen, all his other manga is like seriously hardcore bara. I read another one of his manga "Pride" and by chapter 18, I was pretty horrified and I'm a fairly open-minded person! Otouto no Otto appears to be an outlier for him :)

Winhour Feb 28, 9:04 AM
You can still do that in Yakuza 2 though or with Majima in 0 with the whole Makoto romance, but I get it

But that's the point he went there with intention to kill and thought he killed them for 25 years and had to deal with that, so why make it so, oh it was rubber bullets, you did nothing wrong Saejima :p

I guess to be fair to Daigo it's hard to follow up a guy who punches tigers, dodges missiles no problem and beats up whole yakuza clans with his bare hands

Winhour Feb 28, 8:40 AM
I also liked Kaoiri, would have been cool for her to come back in one of the games

I know that the thing with the rubber bullets is that the creator of the series hates the idea of playable characters killing anyone, but seriously, all those guys ended up dead anyway and it cheapens Seajima's story a little bit

The plot of all the Yakuza games from 3 onward is basically Daigo screwed something up, so Kiryu has to get out of retirement again and make things right ;p Not that I mind that, but it's pretty funny

There are too many moments I want to see animated (mainly Sanji moments, hahaa!)
I'll probably skip over the parts I'm not too interested in seeing though, and just stick with
what the manga has given us!

(Oh! You haven't watched/ read One Piece? Phew! I ramble, so I'm glad I said nothing!)

How've you been? Watching/ reading anything fun at the moment?

This season is testing my patience LOLS, the comeback after COVID is STRONG.

Winhour Feb 27, 10:50 PM
0 is my favorite, primarily because of the story, the villains are the most memorable and you get to play as Majima, also the 80's vibe and Cabaret Club minigame

1/Kiwamii I like overall, but Jingu is lame, all the cool characters that aren't Kiryu die and I wish they did more with Nishiki, which they did a little bit in the remake, but I would prefer if he was more of true rival for Kiryu

2 is one of the better ones, Ryuji was fun to fight, though there were some over the top plot points here as well

4 I really like this part, but it has peak ridiculous stuff like rubber bullets or Daigo showing up for the final fight, just because they needed Kiryu to fight with someone :p

Winhour Feb 27, 11:21 AM
Oh, actually I think Yakuza 5 is the first game I played in the series back on PS3, then I played Yakuza 4 and after that I played them in order starting from 0.That meant I was confused about some parts of the story, but less than I expected. I really like it, I think it has the most content out of all the games, especially the story minigames like taxi driving/racing and hunting, it took me a long time but I think I finished it to 100% completion or something close. I still haven't played the newest one with more JRPG system, but I plan to at some point.

Winhour Feb 27, 10:47 AM
I'm fine, haven't really been watching much anime outside of seasonals recently

CodeBlazeFate Feb 27, 10:32 AM
Thanks for reading it. lul yeah, the film is an absolute dumpster fire

Do you know this new anime? https://myanimelist.net/anime/41556/Maiko-san_Chi_no_Makanai-san
All Comments