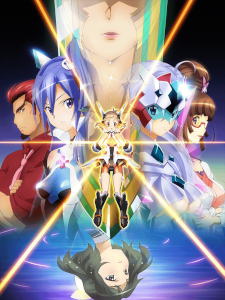 Animator and director Tatsufumi Itou's wife Mariko Itou announced on Twitter on Monday that her husband died of a brainstem hemorrhage. He was 55 years old when he died on May 23.

Mrs. Itou wrestled with his death for some time, but said she is calm enough now to share the news. She signed off by thanking friends of the family and everyone who has supported them.

Itou—formerly Tatsufumi Tamakawa—began his career as an animator and animation director in the late 1980s with Shounan Bakusouzoku. He contributed to many anime films throughout the 1990s and early 2000s, including Ranma ½: Chuugoku Nekonron Daikessen! Okite Yaburi no Gekitou-hen!!, Bishoujo Senshi Sailor Moon S: Kaguya-hime no Koibito, Digimon Adventure Movie, and Cowboy Bebop: Tengoku no Tobira. Shugo Chara! Party! marked his debut as a lead director for a television anime.

He married Mariko Itou—an animator and character designer herself—in September 2008, at which point he changed his last name to Itou. The two collaborated on Senki Zesshou Symphogear, with Itou as director and Mrs. Itou as an animation director and key animator. Other projects they worked on together include Aria the Origination and Casshern Sins.

This man is literally a legend. This is the type of staff that can't just be replaced. Sad how they seem to be working themselves literally do death in the past decade. I feel like animators never catch a break.

Heart-breaking to see such a wonderful and influential person pass away so early. Rest in Peace, good sir.

I wish my sincerest condolences to Mrs. Itou-san.

Sad to see some one so talented die early. Rest in peace.

Dying of a brain haemorrhage is at least quick but damn he was young. 55 is no age. My sympathies for his family. He directed some seriously amazing stuff. What a loss.

Holy shit...the anime he has worked on...so many favorites of mine...this is heartbreaking. One of the greatest talents in the anime industry...now gone...

I won't forget you...not after contributing the anime that have become my favorites today...Thank you Itou-san. Rest in peace.

I hope Mrs. Itou can can continue to work as she was before as she has done great things as well. Thank you as well.

This is probably meaningless in the grand scheme of things, but it really touches me that he took his wife's last name instead of the other way around. They really must have loved each other.

Rest in peace, Itou-san. Thank you for introducing us to the adventure of a lifetime.

The fact that his wife took over a month to feel strong enough to announce her husband's passing says a lot. I hope he rests in peace and that Mariko Itou manages to heal from her loss.

They are amazing artists and both them left a legacy and I hope that Mariko Itou can find within herself motivation to keep using her talents to create more masterpieces.

May you rest in peace.

Oh that's very sad, hope he is able to rest in peace <3


This is beyond awful. I've been holding off on Symphogear for way too long now. You were amazing and always will be. I think I'll be beginning Symphogear now...