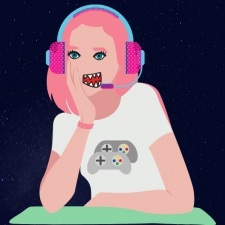 BeastyAnimefan May 18, 6:13 AM
It's cool thanks for accepting. Nice meet you too

I watched it so I thought you was still looking for it, but thanks.

hacker09 Apr 16, 10:22 AM
Are you still looking for Shakugan no Shana: Friagne & Marianne no Naze Nani Shana! Nandemo Shitsumonbako! 2?

WeebFan Dec 31, 2020 8:24 PM
I read through your Prisoner of the Past review and i'm inclined to dissagree with the review.
Here's a breakdown of what I found inconsistent and inccorect, based on my own opinion

"Lupin III's iconic theme song was ruined by some dodgy lyrics and vocals. For 50 years, the instrumental has been a constant presence in every episode, movie, OVA, special. Yet, for some odd reason, this movie wanted it to be different and it was just awful."
This statement I believe is factualy inncorect, The lyrics were revived from Lupin's 78' Part II, the original theme, utilised with it's lyrical version as it's second opening. Your instance on"if it ain't broken, don't fix it." idea does not hold as these are not new additions, regardless your dissapoint towards singer Shigeru Matsuzaki's vocals are based on personal opinions and therefore I cannot judge your interpretation.

"this film is more cartoon-like in terms of comedy and action and I feel that this new approach didn't help the level of enjoyment at all because it's just not Lupin III's style"
As a response to this statement, I also dissagree with the assertion of being a 'new approach' is factually incorrect. The Lupin series has always been centrally focused on the comedic aspect. Take in consideration for Lupin Part II and III, having primarily focused on the comedically charismatic characters of the Lupin Gang, even up to Part V where it has a heavy emphasis on respecting and acknowledging the cartoony history of Lupin despite being heavily dramatically focused.

"Lupin's gang and Zenigata and his assistant felt like parodies of themselves: Zenigata is never really focused on arresting Lupin, Lupin doesn't act as expected towards Fujiko"
This affirmation that the characters 'do not act like themselves' I beleive also does not hold water. The characters of the Lupin gang have always evolved and changed depending on the stroy given. As for Zenigata, has always put his differences with Lupin aside to deal with the bigger picture, having an inate sense of justice, understands assisting Lupin when the bigger threat is at stake, for example 'Castle of Cagliostro' and The first. Lupin's attitude towards Fujiko I beleive is also relatively indifferent to how he always has been, Lupin will do things for Fujiko, but not explicitly for Fujiko's sakes. Take for example, again 'Castle of Cagliostro' and 'The First" where he specifically has very little interest in pursuing Fujiko's happiness, but share the same common goal.

"the story feels rushed and many events make no sense whatsoever."
I will agree the story has it's contrivances and deus ex machina, however I beleive the story allowed itself to breathe and allows for enough hints and foreshadows each event in the story to tell a coherent enough story.

"in every Lupin's story there's always a girl/woman that happens to pretty and they need help. I would love to see some creativy story-wise because it just gets old and too predictable for it to be enjoyable"
Being no longer interested in the Lupin formula of Lupin girls is understandable, but like James Bond, the Lupin girls are a staple of the Lupin series, under normal cirucmstances this argument would not hold weight, but in your own words "if it ain't broken, don't fix it.". You said yourself that "Zenigata is never really focused on arresting Lupin, Lupin doesn't act as expected towards Fujiko" meanwhile also having issues with the story being "too predictable for it to be enjoyable" and I struggle to understand where you want the story to go with the inconsistencies. Personally I find the movie strike a pretty decent blend of new and original while also adhereing to the staple of the lupin series. Yatagarau from part V gave Zenigata more to balance with, his intuition to arrest Lupin has to be held aside not only for the sakes of the bigger conspiracy, but he also has a new responsibility of the safety of his underling. Lupin and the gang find tension between themselves, having to find appreciation for one another in the battle feild, hillariously symbolised in the form of a sandwhich and Fujiko is again, manipulating the men around her to get her way in life, only to pay the price when Zenigata catches up to her amongst her fortune.

Please understand this is not an attack but my own opinion on what I found to dissagreeing with in your review. If you didn't enjoy the movie I understand, but I hope I brought up some valuable arguments that may have shed some new information to you and spreading the good word of Lupin the third

Berry-Vodka Nov 9, 2020 5:00 PM
i loved Samurai Champloo! i have watched it and re watched again :D but thanks anyway for the reco..

i'm very open so i try movies and ovas first of any tv series to see if it interest me, now it's getting harder to find something decent but it's worth the try lol. i do prefer oldies over the post 2012 shows though, specially when it's longer than 13 episodes, all of this fast paced shows kill it for me :( it's kinda depressing.

Berry-Vodka Nov 9, 2020 2:04 PM
Hey, good for you! i mean i said that earlier because i'm kinda fed off of western culture featuring in muh anime xD it's not baad but i feel more curious about japanese culture as well. not the modern japan but the ancient one.

If i enjoyed the movie? no, not at all.. indeed it was a boys band promotion xD now i wonder... what the princes do in the tv series. well... better not heh heh, it would be one of those snobbish things from centuries ago like ceremonial tea and sweets or horse riding xD for like 13 episodes or so... ughh.

my critic would be those complicated germanic names o.o must be a japanese thing that they are interested in these european characters resembling actual european history... dunno i just don't get it :P omg, i totally hated history lessons back then in 7th grade -.-'

the second thing i found unbelievable discomforting was how flat the graphics for the palace and windows were lmao, this is not a 2019's good quality movie for sure!

all of this annoyed me and the bishies didn't help it. meanwhile i'm seeing it right now and hoping to find the dialogue interesting or some memorable jokes so i could give it a higher score than 1

todd2580 Jun 15, 2020 2:17 AM
i would say it wasn't the right time for J.C.Staff to produce season 3 since they picked alot of shows to produce in 2018 and 2019 and all that time kadokawa wasn't wanting to make season 3 in the beginning because they wanted to make a remake and then changed their mind and asked J.C.Staff to produce it in the wrong time and ofc with adapting the last vols in only 24 episodes as a beginning but the director wanted more episodes and as result they only gave him two additional episodes and i think that wasn't enough for a big and important arc like this.
All Comments