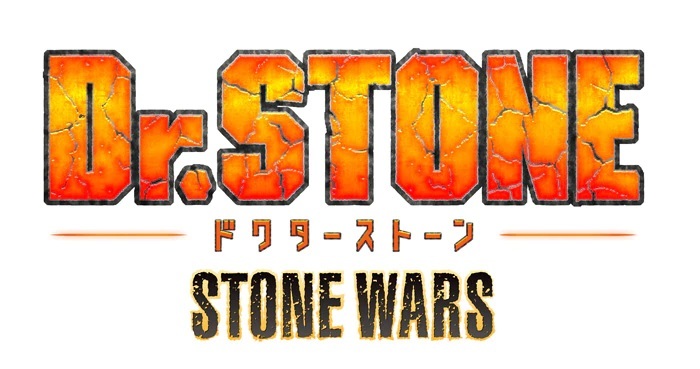 The 24th and final episode of Dr. Stone ended with an announcement on Friday that a second season for the anime series is in production. The new season will continue the story of the Stone Wars saga. 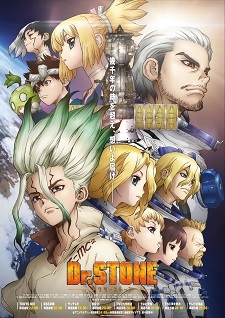 Synopsis
After five years of harboring unspoken feelings, high-schooler Taiju Ooki is finally ready to confess his love to Yuzuriha Ogawa. Just when Taiju begins his confession however, a blinding green light strikes the Earth and petrifies mankind around the world—turning every single human into stone.

Several millennia later, Taiju awakens to find the modern world completely nonexistent, as nature has flourished in the years humanity stood still. Among a stone world of statues, Taiju encounters one other living human: his science-loving friend Senkuu, who has been active for a few months. Taiju learns that Senkuu has developed a grand scheme—to launch the complete revival of civilization with science. Taiju's brawn and Senkuu's brains combine to forge a formidable partnership, and they soon uncover a method to revive those petrified.

However, Senkuu's master plan is threatened when his ideologies are challenged by those who awaken. All the while, the reason for mankind's petrification remains unknown. [Written by MAL Rewrite]

VIZ Media published the first three chapters of the manga in English simultaneously with the Japanese release as a part of its Jump Start initiative and subsequently began serializing it in their now-discontinued digital Weekly Shonen Jump magazine. The company currently simulpubs the manga digitally with the Japanese release through its new Shounen Jump platform. The eighth volume was released on November 5, with the ninth volume scheduled for a January 7, 2020 release.

Dr. Stone ranked among the top 20 manga in the male readers' category in the 2018 and 2020 editions of Kono Manga ga Sugoi! rankings.

Second,. What a let down the show has been

Yesssss! I started reading the manga after I finished the anime. Can't wait to see how they're going to adapt the war.

When would the second season of dr.stone air?

woohoo! my favorite anime of the season/year is getting another season! so very excited for this.

I want this please give

I binged the season (took me about four days) and I like it. Can't wait for the second season!

Definitely looking forward to seeing more of this story unfold!

I’m excited I enjoyed this season all to well, it was one of my favorite from this season

Oooooh I wonder if they'll be adapt the current manga arc this season.

Not really surprising, considering there's another 70+ chapters they can adapt. (first season adapted the first 60 chapters.)

Totally expected! Let's see what the next season has to offer!

Great news!!! I can definitely tell season 2 is gonna be EPIC!!!!! , I CAN'T WAITTTTTTT!!!!! I don't know if i should spoil myself and read the manga or be patient and wait. LOL XD

This isn't surprising, this seems to be the norm now for WSJ adaptations.

By the way, a question for manga readers: how many episodes will this Season have, in your opinion?

I think it might have 12-13 eps. They should be enough to wrap everything and end this arc without any cliffhangers or finishing the whole season in the middle of another arc.

I thought it was not gonna happen, I am happy I was wrong.

The first season was good, but I didn't like it as much as I expected. However, I'll watch it.