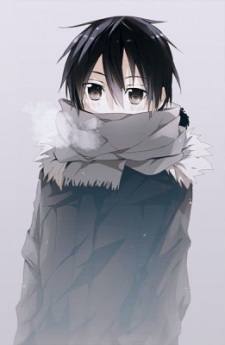 Nick-Knight Jun 3, 4:14 PM
What do you like about Asuna? And have you been consuming any of the the SAO media lately. I hoonestly and unfortunetely think that Kahawara should focus more on Isolator and write an original manga or open a restaurante or something. Also how did you react to Kentarou Miura death? R.I.P. to such legend. I'll see if I finish it through fanfiction-matters.

bernielol Nov 9, 2020 1:11 PM
Hey, I saw your comment on the SAO discussion. I'm wondering how did you place your signature in the middle? mines to the left, Thanks!

Playcool Oct 7, 2020 5:12 PM
https://myanimelist.net/forum/?topicid=1867817&show=100#msg60867397
Not very interesting at all, it only turns the tables on what was previously common sense in this world, and puts the MC as the intersection of two very different worlds, and then they start to grind on one another, and who did I say that was in the middle?

As far as character development goes, Bell will have to change his views and he will have to take actions, which will have consequences, and the writer did no shy away from them, it is a shitstorm.
Now, if that isn't already by itself more interesting than previous seasons, do watch the next episode to get a reality check, the writer took this theme seriously, this wont end like you think.

pocky-boy Sep 26, 2020 2:50 AM
Hey! You've read Feng shen ji? Can you please confirm the number of chapters? Cause on MAL it shows 38 chapters I guess. But on manga websites there are more than 100 chapters. In all the 3 parts, more than 100 each. Please lemme know

mike1412 Jul 5, 2020 11:37 AM
if you want to catch upto Detective conan but have less time you can skip the fillers in the anime using the xerblade guide from google . its the 4th highest selling manga of all time so it must have done something right

So, if you like BunBun, you may check out YuYuYu.

HectorBlaze Jun 8, 2020 10:21 AM
Yes, I do. I mean, you have a point. I believe people are too much related to the title "Black Swordsman", it's simply a title for a character, it don't define the character itself. Those aren't the things on which I focus, so I never compared Kirito and Guts, they're completely different characters built and developed in a different kind of setting for a different kind of story. In a way or another I like both of them.

Are you agree with this?

ManOfBalance Jun 8, 2020 9:48 AM
Damm...... that was reasonable. Tbh, SAO is very VERY overhated right now. Athough at my point of view i thought that SAO is just your average joe (a.k.a 5/10), but actually SAO is not that bad either. SAO still has great comedies, touching and sweet romance moments, and last but not least it has great character designs.

Yet this sentence comes from a big fan of Berserk (you can see it on my favorite lists).

HectorBlaze Jun 8, 2020 9:40 AM
I'll try to be quick xD. Some years ago, around 2013, I lost interest in following anime for a period because I simply didn't feel invested in any show I tried to watch. Back then SAO was extremely popular and literaly everyone tolk about it, so I decided to watch it around 2014 because I was hearing of this series a lot for more than an year. It was love at first sight, I saw there were flaws but I simply loved it. After that I picked up with everything else SAO had to offer: novels, manga and videogames. I truly ended up loving anything of the series, except for the manga adaptation, so it easily became one of my favorite franchise. Still today I love it and I rewatch it sometimes.