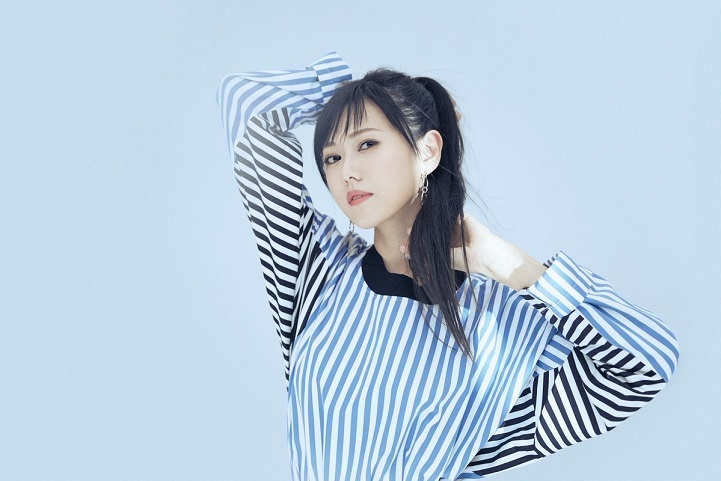 MyAnimeList was invited to watch her performance and to interview her following Anisong World Matsuri. In the past, TRUE did not perform overseas very often, so media outlets outside Japan had few opportunities to converse with her directly. As she has traveled to more countries in the last couple of years, anisong fans overseas have had more opportunities to view her live performances.

TRUE is the artist name of singer-songwriter Miho Karasawa, which she has used since 2014 to perform anime theme songs under the music label Lantis. In addition to performing, she has also written dozens of songs for voice actors and other anisong artists, which have been included in the soundtracks of various anime and video game titles. Most recently, her 13th CD single "Another colony" is used as the first ending theme song of Tensei shitara Slime Datta Ken.


Good morning. What did you think about the concert last night?

It was the best! Fantastic!

What was your favorite part of the concert?

The best part was definitely singing in front of the audience and seeing their happy faces. That was the best of the best.

How did you pick out your collaboration songs with the other artists?

First, everybody just came up with the songs of their choice. By chance, I collaborate a lot with Kyoto Animation, so all the songs I selected were from their works. It worked out great, so I was very happy. I really love their anime. They're my favorite!

When you switched into anisong, you changed your stage name to TRUE. What was the origin of that stage name?

This is very difficult to explain. When plans for my CD release with the music label Lantis were confirmed, the producers and I talked about what my artist name should be. Up until that point, I had really gone in circles to get to where I am. By taking that time, I was finally able to get to the point where I truly wanted to be, so that's where the name TRUE came from.

How does that name affect your work as an artist?

"TRUE" is also an expression of my strong determination and will, and I get a lot of strength from this name. This is a word that all Japanese people know, so it helps me connect to them, too.

Your latest single "Another colony" is the ending theme of the Tensei shitara Slime Datta Ken anime. What was the songwriting process like for that song? How do the lyrics relate to the themes of the anime?

The original work is very famous, and the animation is also popular in Japan. I made an effort to keep the original themes of the work at the center of the song, but I added my own concepts to it as well. If you look at the main character of the anime, he's able to acquire skills quickly. He's really strong from the get-go, but his goal is to cultivate the strength of his comrades and help them with their growth. By doing that, he becomes a stronger person. I thought this was in total alignment with me because I know that I can't create any music on my own. When I get help from the other professionals I'm working with, that's how I'm able to create the final piece of the music.

When you are writing songs for other artists, how do you match the songwriting to the voice of that other performer?

It really varies on a case-by-case basis, because everybody's needs are different. Of course, I'll ask the other person what he or she wants to write, and we'll exchange emails and discuss how to move forward. Sometimes there's a lot of communication with the anime staff, and sometimes they just leave it up to me.

When I'm really busy, there are definitely times when I have to write one piece a day. I'm just so busy, which is typical of a Japanese person. (Laughs.) It's always a battle with time, and I'm always trying to create as many high-quality works as possible within a short period of time. But I have to take breaks sometimes, too, just to take care of my health.

In 2019, you will be celebrating your fifth anniversary as an anisong artist. What are you looking forward to in that celebration? Do you have any goals after these five years?

There are really many things I want to do. For Hibike! Euphonium, I've performed once or twice a year with a concert band and other artists to sing the opening and ending theme songs and insert music. Because of that experience, I want to do more collaborations with orchestras and music groups in my own solo concerts. And also, last year I had the opportunity to go to places like Los Angeles, Singapore, Jakarta, and I was able to get in contact directly with people while traveling to many different countries. There were a lot of things I personally was able to gain from this experience. Even though the lyrics may sound different and we all speak different languages, the attitude of trying to learn what we don't know cultivates new pathways for us. This is what I realized throughout my journey singing in many different countries, so I'm always hoping for more of those experiences.

Thank you for your time.

Thank you so much! See you all again soon!

Is it just me that my fav songs from TRUE is divine spell from regalia and hiryuu no kishi from saijyaku muhai mahamut
love TRUE. been following since UNISONIA

Nice job interview @arsonal, i love how do very well with your interviews.

I wish this industry would grant people more time to write songs. I'm sure that would increase the quality of the works immensely.

Always wondered what the artist who did the song for hibike looked like. They were one of the few that I really enjoyed. Really looking forward to her upcoming work

@shanimebib Well, I often came across such a “phenomenon” when different VAs got roles in new PreCure generations, but I didn’t know that it was so common. In any case, the opportunity to make a contribution to your favorite franchise is really worth a lot.

Wow she has an amazing repertory, I love dream solister! sincerely from Violet Evergarden and Sukasuka's ending.

RobertBobert said:
@shanimebib That is, if I understood correctly, is she the main performer of OP to Eupho?

Btw, she has been a KyoAni fan for a while even before she collaborated with KyoAni. I think I read in a tweet way back when TLS came out that she absolutely loved the movie and encouraged her fans to watch it.

It's not uncommon for artist's to perform for anime/ studio they like. Hayami Saori for instance said that she was overjoyed getting the chance to do the theme song for Clear Card-hen because Sakura was her passion growing up. Similarly, the members of Spyair and DOES said they were huge fans of Gintama even before they got the calls.

@shanimebib That is, if I understood correctly, is she the main performer of OP to Eupho?


She is also doing the theme song for Chikai no Finale. The title of the song is "BLAST!" and the single will be out on April 17 2019.

Yeah, I like her songs. "Soundscape" is my favourite.

OT: Have you seen the promos of Chikai no Finale? Shuuichi is basically a household name there. They even have a specialty bread named after him.


She is also doing the theme song for Chikai no Finale. The title of the song is "BLAST!" and the single will be out on April 17 2019.

RobertBobert said:
@gadboyz So, has she collaborated with KyoAni many times?

Yes, she even said it in the interview above

How did you pick out your collaboration songs with the other artists?

First, everybody just came up with the songs of their choice. By chance, I collaborate a lot with Kyoto Animation, so all the songs I selected were from their works. It worked out great, so I was very happy. I really love their anime. They're my favorite!

gadboyz said:
Really like her song "Dream Solister" for Hibike! Euphonium OP and "Soundscape" for Hibike Season 2. But more outstanding song is "Sincerely" for Violet Evergarden OP. Its really fit the series and her performance is awesome.

She is also doing the theme song for Chikai no Finale. The title of the song is "BLAST!" and the single will be out on April 17 2019.


RobertBobert said:
@gadboyz So, has she collaborated with KyoAni many times?

Four times including the confirmed one above.

@gadboyz So, has she collaborated with KyoAni many times?

Really like her song "Dream Solister" for Hibike! Euphonium OP and "Soundscape" for Hibike Season 2. But more outstanding song is "Sincerely" for Violet Evergarden OP. Its really fit the series and her performance is awesome.

Outstanding artist in every single way! Such a powerful performer and also a great composer.

Thanks for the interview!