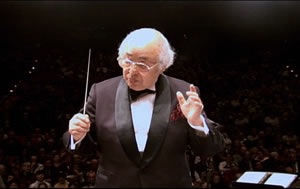 Seiji Yokoyama, the composer known for his work in the anime series Uchuu Kaizoku Captain Herlock and Saint Seiya, died on Saturday in a hospital in Hiroshima Prefecture due to complications from pneumonia. He was 82.

Yokoyama was a composer of incidental music, background compositions intended to add atmosphere in a television or radio program, a video game, or any other presentation that is not primarily musical. As a native of Hiroshima, he composed a fight song for the Hiroshima Toyo Carp baseball team in 1978, titled "Moeru Aka Hell Bokura no Carp," which remains in use today.

In the fifth year of elementary school, Yokoyama escaped the atomic bombing of Hiroshima because his family had moved to the nearby city of Kure, where his father worked as a teacher. In 2015, on the 70th anniversary of the atomic bombing, Yokoyama contributed an original composition in the Hiroshima Peace Memorial Concert, which was sponsored by the Chugoku Shimbun newspaper.

Yokoyama's composition for Saint Seiya won him the International Prize from the Japanese Society for Rights of Authors, Composers and Publishers (JASRAC) in 1992. He has also composed for numerous other television anime and live-action series, including the 19th installment of the Super Sentai series, Chouriki Sentai Ohranger.

He lived a long life and will stay in many people's memories. Rest in peace.

Definitely one of the top composers for vintage anime, especially the Saint Seiya soundtrack which is a masterpiece. He will be missed.

How sad, his music was a huge part of my childhood back in the 90s, I still remember my father used to get mad at me for watching Saint Seiya saying it was too violent for someone so young.

RIP Mr Yokoyama. You gave us some great tunes.

Rest in peace. Just heard some of his music.. :(

Rest in peace. I don't believe I have ever heard his music, but I surely will in the future when I eventually watch some of the series he composed. I'm glad that he at least lived a long life.

Not familiar with his work, but still sad to hear these news :(

Saint Seiya? Perhaps he was the one who composed God Warrior Mime's harp music? That was beautiful piece of art.

If you intend on watching the TV show, be aware that it has only the Araki redesigns (I admit it despite not being a fan of the adult look it gives to 14year old kids) and its BGM going for it aside from the "epic" tone coming from the manga. Animation and drawings wise, it is rather poor (even for its time).
But it should not be too hard to swallow for someone born in 1992 and having no problems with Harlock 78 ^^ (where the charadesign and music also tend to make up for drawings and animation quality). I'm impressed by the way (seeing the attitude of a majority of this website's population).

rest in peace, he aged well considering its the anime industry where people die as young as 30-40 years old

I am so sorry to hear this! I have some of his songs downloaded. Rest in peace :(

Rest in Peace :c
And thank you for everything you've done!