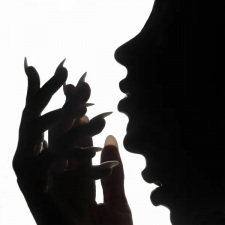 Congratulations!!
So how did the interview go? Are you working now? (:

Is it the same college that you attended or a different one? Ohhhhh~ I guess I can feel you there. Haven’t seen anybody from my school for a year and a half, so it felt awkward getting to see people’s faces again. Sadly, same thing with my friends ^^” kinda felt awkward getting to talk to them in-person again. I hope you guys are still in contact!!!

Geshtinanna Jul 25, 5:51 PM
Congratulations on that diploma. Your next big goal will surely be your official weeb diploma!
If you don't have one already, that is!

I've been alright. We had a heatwave here for the past few weeks which was uncomfortable but I know you guys in North America have been having it even harder. Take care of yourself and your family, and as Kirito says to Eugeo, stay cool ;)

Anime-wise, I've been getting into 86 and Tokyo Revengers, recently. 86 is kinda reminiscent of AOT but on a smaller scale. It's one of the best war anime I've come across and Sawano is on the OST as well, to give it an authentic bite of epicness. Tokyo Revengers has been so much fun and it's also quite violent and edgy. It's kinda like if Naruto went all-out gangster. Lol. There's also a time-traveling Erased/Steins; Gate vibe to it and some funny and heartfelt moments, as well. It's probably the best new thing I've come across for quite a while. How have you been, and how are things going on the anime front?

Ohhhh~ I never heard of Wegmans before :o do gyms not have that many people working??? I never been to one, but it does seem like there's not many staffs.

Thanks~! Yea! My graduation was actually at a baseball stadium, but I had another one at my school two days later. What about you? What was your graduation like? :o

Yep, I got the Pfizer vaccine mid-June (1st dose) and late-June (2nd dose), I luckily didn't have any side effects besides a sore arm both times lol. I haven't seen much coverage about it lately so I completely forgot about the Delta variant :/. As for feeling safe, I probably won't be wearing my mask as much unless I feel like there are too many people around me. I honestly think the only times I won't be wearing a mask are when I co-teach a first year seminar in the fall or go out (movie theater, restaurant, etc.). I'm practically a homebody anyway so I think i'm mainly concerned about college safety but I trust my school a bit more since they got their shit together this summer so I'll just have to trust that they won't be as carefree as before in regards to the rules and regulations that announced a while ago. I'm ready to enjoy myself as much as possible - I just to relax so i'm definitely using that one-week gap between the end of Summer semester and Fall semester XD.
On better news, I passed the driver's test last month and am now saving for a car ^^. I never realized how broke I am until I actually started looking at cars lmao.

Okay! I will make sure to add you when I log in again :)

Everything you mentioned is very true. I'm just tired of feeling overweight, by America's standards i'm obese but I don't go by that chart so I don't dwell on it. I should not have let my weight increase so much anyway but I'm ready to exercise and have a healthier diet (I just don't want to spend so much money T_T). Our power was cut off during a storm (a lot of people think it was a mini-tornado because there was 73 mph wind) and trees were everywhere, poles were split in half, and those were some of the worst five days of the year so far. It was so damn hot. We had to clear out the fridge and freezer because everything went bad :/. I will say that we can now buy healthier groceries when we go to the store this weekend and stay on task but it's still a pain in the ass. I can relate, I think my biggest issue is actually finding the motivation to go to the gym, and not brushing it off because my weight won't lose itself. Congratulations again!!

Bayek Jul 12, 9:48 PM
Yeah, I ended up doing the Murph workout and crushed my previous record by six minutes. I've mainly been cycling since June and I've lost 11lbs from it so far. I actually went to my first ever bike race this past weekend and it was really wild to ride with hundreds of other people. I'm probably going to keep cycling until I've lost another 10lbs and then switch gears to Insanity.

I'm actually pretty weak physically and all of the fat goes straight to my waist & thighs. I can basically predict when I'll have a good weigh-in by how close my inner thighs feel when I wake up. But yeah, I just want to keep fighting for the life I want to live while I can. As Nagisa says in Clannad, "I'm physically weak but I want to live strongly."

Also, I went without junk food for over a month and didn't miss it one bit. Eating it again during our 4th of July feast actually made my body meltdown for the past week. I don't want to feel like that anymore and thankfully it doesn't seem like going back is much of an issue now that the spell is broken.

Yeah I took a break from Code Vein. I'm actually focusing on a bunch of replays now. I have a few games I routinely replay each year, but I've decided that 2021 is the last time. Once I finish everything, I'm going to sell my old games and just leave the digital ones alone. One of my final goals is the Mile High Club on Call of Duty 4. I remember back when that was new and I spent 2 months getting all of the golden guns. It's the one achievement that's weighed on me for over a decade and I want to settle the score.

I guess my main issue with anime type games is the amount of dialogue. I actually had to stop playing SAO Fatal Bullet because dialogue scenes would sometimes stretch for 30-40 mins at a time and felt like visual novels. It's not inherently bad, but at that point I'd rather just go watch anime with that time.

I've only played Tales of Vesperia (incomplete), but I guess you could call it a standard JRPG. The thing that's always won me over about it has been ufotable's godly animation for the cutscenes as well as the fantasy settings in general. Honestly I'd love to see full anime adaptations for these games instead.

So I often wait at least a few days before I score anything. When I finally get to it, I spent anywhere from 10 mins to an hour reflecting on its qualities and then gauging where it falls on my scoring system. If you're interested, this is my Scoring System. I almost never go back and adjust scores because I try to make my feelings for anime as clear as possible before rating it. That said, I do use Anilist as a backup and enjoy using their 100 point system to add nuance to my ratings. Although, that ends up meaning less 10's!

"To say that nothing is true is to realize that the foundations of society are fragile and that we must be the shepherds of our civilization. To say that everything is permitted is to understand that we are the architects of our actions, and that we must live with their consequences, whether glorious of tragic."

I've tried to live by these words since I first played Assassin's Creed Revelations. It's always easier said than done, of course, but that quote remains a critical guiding post for me as I try to live true to myself.

Interesting you should mention femininity. Personally I've always felt a greater affinity to cutesy, girly things than being manly. I think it started when I first saw Powerpuff Girls. Even though I'd play along & mock it with all of the fellas, I found myself drawn Blossom and wondered what it would be like to be her. Maybe that's bled over as I'm now using Ichigo from Aikatsu as my profile picture, who is also everything nice with a red bow in her hair.

One of my favorite & most relatable anime characters is actually Amu Hinamori, an 11 year old girl from a shoujo series. I sometimes wonder if I could have been like her had I been a girl. I don't consider myself transgender and fully accept that I am a man, but I have jokingly thought to myself that within this man is a maiden waiting to break free.

Well speaking of our ideal lives, I actually finished Fruits Basket tonight and I have to say it's easily in my top 10 if not top 5 anime now. It reminded me of what I want out of life and how much of how I'm living has become filler & noise that's distracted me from that goal. I won't recommend it if you're busy, but I'll at least say there are moments that rival or equal After Story. Honestly something started welling up inside me in April when I started it and that was right when I'd hit rock bottom again this year. Since then, I feel like I've been on a mission and finishing the final season tonight has reaffirmed that feeling more than ever before.

I actually had a K-Pop phase in 2010. It was all I listened to for months so I get what that's like. Even now, I have a modest playlist on YT that I listen to every so often featuring some of my favorite K-Pop tracks.

BunnieKitkat Jul 12, 12:30 AM
No worries~! Take your time! I still need to reply back to your comment from March anyways XD

Ohhhh~! Congratulations on graduating! What kind of job did you apply for?

I've been doing good as well. I graduated and looking for a part-time job as well XD I'm just relaxing before I enter college.

xTheSebbo96 Jun 4, 7:03 AM
I'm German, but things here are looking pretty good too. I really hope that we will have a great summer, a step back to the normal everyday life :3

A little late, but happy birthday!

By now you must have already graduated, did everything turn out okay for you? :)

Anthony_DiGrande May 30, 9:55 AM
happy birthday

LaplaceLuke May 30, 2:51 AM
Happy Birthday
All Comments