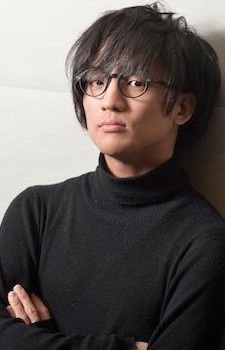 wowaka, vocaloid producer and vocalist/guitarist for hitorie, died of acute heart failure on April 5. He was 31. A private funeral was held for close relatives at the request of the bereaved. In place of regularly scheduled programming, Space Shower TV broadcast an hour of content dedicated to wowaka's career in memoriam at 2:00 a.m. on April 10.

Prior to joining hitorie in 2011, wowaka was a vocaloid producer, creating original work and covering songs. He debuted with "In the Gray Zone" in May 2009 which has accumulated over 485,000 views on Nico Nico Douga. He released his first full-length album, "Unhappy Refrain," in May 2011 and it peaked at sixth in the Oricon Albums Chart. In 2013, he composed and wrote the lyrics for the third ending of Mahou Shoujo Madoka★Magica, "and I'm home."

hitorie performed the opening for Studio Pierrot's anime Divine Gate titled "one-Me two-Hearts." The single sold 2,895 units when initially released in January 2016. "Polaris," the seventh ending of Boruto: Naruto Next Generations, sold 1,717 units in November 2018. hitorie's most recent album, "HOWLS," was released on February 27 of this year. The band was on a national tour to promote the album prior to wowaka's death. All future performances are cancelled as the remaining members consider their plans moving forward.

First Samfree, now wowaka. Such talented musicians dying so young. He made one of my favorite Vocaloid songs (World´s End Dancehall)

May he rest in peace.

Loved your songs, WOWAKA RIP
You will be very missed in the Vocaloid Community

That man made me watch Divine Gate. Too bad that such a great voice is gone, he may rest in piece.

Thank you for everything, wowaka-san. Your legacy in the VOCALOID scene and music industry shall never be forgotten.

oH MY GOD, NO. I love Hitorie so much, I love his voice so much. I can't believe it! He was so young

Oh no... I really like his Vocaloid songs (Rolling Girl, Unhappy Refrain, World's End Dancehall, etc.) and his songs are one of the reasons that got me into Vocaloid.

Thank you for reporting on MAL, i feel sorry for his loss. But i wish him well in the after life, or somehow Isekai.

I had no idea who he is or what his works are but such a young age to die, RIP.

His works were truly great. Rest in peace.

I enjoyed a lot of his songs, both as a part of vocaloid as well as in his band. Really, really sad news. Rest in peace.

Daily reminder that Cesium intake causes random acute heart failure in any given population. Daily reminder that the 2020 Olympics is a fraud and Fukushima is a worldwide nightmare being ignored by the international community sans Russia.

Oh no. I really liked his stuff.

Rest in peace, my friend.

So sad I really enjoyed his band he had a really nice voice. He was so young too! Rip :(

Rest in Peace.
Very sad to see someone pass away so young.

Holy shit......such sad news and he was so damn young.

Thank you for giving us the literal only good part of Divine Gate, as well as the ED the band did for Boruto. RIP.

i still can't believe it's true, in all honesty. it seems like someone made a really horrible joke and i'm still waiting for someone to shout 'april's fools'.

i've been a fan since i got into vocaloid almost ten years ago. one of the few producers i kept following, even when i stopped listening to vocaloid as much as i used to. like so many people, his songs were there in some of the shitiest moments of my life (mostly during university). and hitorie was simply the proof of the proof that he was more than amazing in what he did.

i'm so sad he got to go so soon. just imagine how much we lost, the songs and the voice we'll never get to listen to anymore.

Rest in peace. Gone too soon. Like for real.