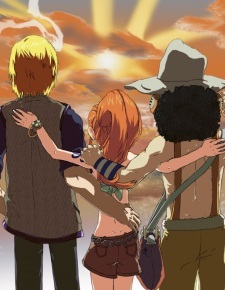 CrimsonCW May 9, 2:25 PM
Hmm, I'm upset that HE didn't remember. Like, the one person who's birthday I'd never forget would be my serious girlfriend's.

I can hardly keep track of the days anymore! Happy belated!


Funniest thing I've seen in forever. The fake news finally reports the truth, even if by accident, haha.

CrimsonCW Jan 24, 11:03 AM
(I hate that I even know who this is, because I have now explored much deeper depths of youtube than I ever wanted)


Has anyone ever told you, you sound like, exactly like Projeckt Melody? I was like "Wait, I've heard this person before..." and it was the Zoom conversations. You know, no one's ever seen you two in the same room before. Hmm.

CrimsonCW Jan 8, 6:37 PM
Uh, is it getting close to time? Seems like it's going to be either within half an hour or an hour.... you need to mail me that link.

By the way, I think a few more people will be coming to the next one! Well, at least one other, I don't know about the status of my other friends, but T is definitely interested in coming this time!

CrimsonCW Oct 19, 2021 7:23 AM
Nice, I knew she would! She's been having a hard time with losing some family as of late, so I'm sure she'll appreciate the talk and doing this, and hopefully she'll be on enough to allow for it.

I've really been thinking that, at least for the next one, I don't have anything to add to it, unfortunately. So I hope Lei can be there instead. Maybe on the one after that (like the first one before my mic farted out), I can try again.

CrimsonCW Oct 10, 2021 7:28 AM
Sorry I couldn't stick around, but PM me about the next one. Hopefully it'll be a better night for it.
All Comments