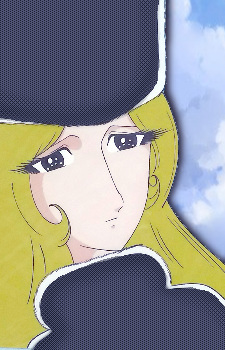 SoftImpaler Sep 25, 11:53 AM
I'm impressed. I didn't think I would come across somebody with Ryvius, GE 999 and Orguss in their favorites. We also both have an Asuka from devilman in our favorites for bonus points. Not to toot my own horn but you have great taste.

Magical Girl Apocalypse was a fun read, but I thought it got a little convoluted towards the end. Or do I just need to re-read it again to comprehend it better?

AndyhawkZ Aug 17, 12:01 PM
Alright, actually I don't have ones either, so it'll be a pleasure to have you as a friend there. I haven't be active in very often these days but when I online there I accept your friend request Tryposan 😊 Anyway, have you been watching anything good recently?

Reicilia Aug 16, 4:41 AM
I have discord! anyway, thank you for accepting the request :)

AndyhawkZ Aug 14, 5:07 PM
Ahh okay, Thank you for accepting it fellow Vancouverite😊 Tbh I was scrolling in different profiles, so I got to your & realized that you were from Vancouver too, so I quickly sent an FR haha. I hope you're doing well!

Yup Apr 3, 1:35 PM
I mean I looked at your list and there's other Orguss like stuff around the same time frame I can recommend over Southern Stinker. Part of what made Macross / Orguss good was they both had designs from Haruhiko Mikimoto. Other things he worked on were Gunbuster and Megazone 23 which are really good and hold to that weird but fun 80s action anime. While Southern Cross, the 3rd show to hold the the Super Dimensional title doesn't live up in both artistically and storywise. It's just really off beat. I think a lot of the people who worked on the former two shows went on to do other things. Also avoid Orguss 02 if you can, it's really well animated but it takes a steamy dump on the lore of Orguss and just a big mess as a whole. It's the anime equivalent of Star Trek Discovery's/Picard's writers, where no one watched the source content and tried to make it spicier and ultimately failed.

SsjMonkeyDBankai Mar 6, 1:06 AM
Hi Trypo yeah i do like it I've just watched the last episode and it was amazing! I hope there will be a season 2 😁

Klefki_of_Awsome Feb 29, 4:36 AM
They said on the radio that they were going to fix it within ten days, s I think it will be fine, yes. Thank you for your concern!:)