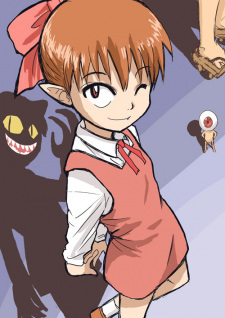 simone_eatsdirt 8 hours ago
No, believe me that was hilarious -- I'm laughing so hard (you just can't see it) A true, as the kids say, "L-O-L" moment if I do say so myself
- - - - - - - - - - - - - - - - - - - - - - - - - - - -
Nah seriously now, that sucks bro, I'm so sorry; must've sucked like hell, glad to hear you're feeling better now but you're birthday's just the worst coincidence - hope it keeps up 'rest of the year, stay fresh.
Seventeen's a cool nuber, not as cool as sixteen, I mean, but close enough. Turning fifteen this year and god I can't wait - thought fourteen would be the pinnacle of my life since it's like, my ninth favourite number but with just about all my friends being older than me the peer pressure's slowly (but surely) settling in big time. Fifteen's such a lame age though, can you think of any notable character who's fifteen? It's always either fourteen, sixteen or twenty-five, (ocassional thirty-two.)

Neat! You know, I don't play much YuGiOh anymore, I own a fair bit of cards but it's just for the collector's aspect of the whole thing, Yugi's Dark Magician was cool in the anime, might as well own it's overpriced paper IRL version as well! (*cough cough*-_) Nonetheless, sweet to see you getting into the the franchaise much as you did. Honestly I was nervous you wouldn't like it, considering how much I hyped it when we first met, haha. Plunder Patroll, huh? Don't hear that architype much, truth be told!

ps. Could I get your discord, please and thank you >_>

simone_eatsdirt May 21, 9:15 PM
Heh, didn't we start chatting just cause I wished you a happy birthday that one time?
Well, it's been nice talking to you I mean, you're so awesome dude. I know I've been off the rader for MAL, we haven't spoken in ages >_> Hope you've been well nonetheless!
So, happy birthday to the most downtoearth, charming and sweet guy I know; hope seventeen treats you well, David!

Robinne Apr 30, 8:25 AM
lol yeah I added her to the site last week. She mostly stands there just to encompass both series at once though, I wish she had a bigger role in it

Val-MAL Feb 24, 9:34 AM
I left a comment after sending a friend request Im such a rebel

Zedlin Feb 23, 1:50 AM
Ashita no Joe, main director of Ashita no Joe Dezaki Osamu, Cardcoptor Sakura, Saikyou Densetsu Kurosawa, and even Maetel from Ginga Tetsudou 999! What a beast, loving the favorites there. :)

Satirical_Mike Jan 23, 6:56 PM
You have a very interesting taste in anime.

Kalla_mig_Hobbe Jan 22, 3:31 PM
OMG this man does not like Metamorphosis, he got no taste