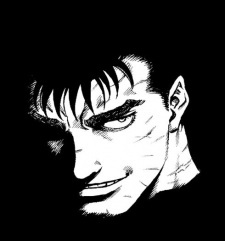 NickCipolla Nov 15, 5:14 PM
dont interact with this tard below

Vaguelyweebish Oct 23, 5:08 PM
Which is a real shame, because some of them made now would otherwise be considered classics. I also recommend "86." It's based off of a light novel series. Season 1 had me crying literally every episode. And it takes a LOT to get me to cry. (There have already been two series this year about someone opening a pharmacy in a fantasy world. That definitely tells you the general throw-away nature of the medium now. 😞)

Vaguelyweebish Oct 22, 8:55 PM
Oh, you weren't speaking personally, but the anime community as a whole! But yeah, I only first saw it first a few years ago and concluded that most of its modern fans are likely kids with short attention spans. I'm watching LOTGH now and am convinced Taniguchi was just trying to rip it off. It isn't so hard creating a smart series when time is actually taken when writing the plot. It does help it was based off of a novel series, though.

Vaguelyweebish Oct 21, 9:14 PM
But avoid the dub. It's criminally bad.

Vaguelyweebish Oct 21, 8:36 PM
Oh, lately I've been watching "Lost Universe," a very obscure cult classic from 1998. Especially when considering your godly standards (no, that wasn't sarcastic LOL; we need more people like you on these sites!) I definitely can't describe it as "good," but it's weirdly refreshing to watch a fun and unique space adventure-comedy that knows what it wants to be from the start instead of trying to wax philosophy without any idea how to be intelligent. Go into it with middling expectations and you may be pleasantly surprised. It's 90's anime in its purest form, and it's a blast because of that. Episode six was absolutely ludicrous, though. I have absolutely no words for how dumb that plot was. The pranks made sense, but the rest--sheesh! Talk about extreme measures!

Vaguelyweebish Oct 20, 7:22 PM
It's a weird case where despite how bad the series is, I can't take my eyes off of it. Well, that's mostly because of the new content being made to hopefully redeem it since I forgot about it until I read about "Recapture," but even that shows how huge its wasted potential was.

Vaguelyweebish Oct 20, 5:49 PM
It happens with maturity. Just read my reviews for it instead of watching it. I covered nearly every plot hole I could remember--unless you want to give it an objective score. But yeah, it's a mess. There's new content being made with a totally new writing staff, and from what I have read, none of the old writers are coming back for it and none of the old characters are coming back. And after how horrible "Lelouch of the Re;surrection" was, I definitely won't miss the old ones. I have this weird wish where I want "Z of the Recapture" to be a deconstruction of every "strategy" Lelouch uses in the series, basically using an alternate version that actually has logic behind it. And I would like for Dorothea Ernst to be the protagonist. There's literally no reason except that she is the one character in the entire series who never got any backstory since she was created literally to be murdered in place of the fan-favorite Nonette when the writers just decided to throw up a middle finger to the fans since the series was cancelled instead of including the KotR in the story properly. Also, she's probably the hottest CG character, hands down. 🥰

NickCipolla Oct 19, 6:39 PM
guess thats always a solution, just thought that since hes your boyfriend u could give him a talking to!

Vaguelyweebish Oct 19, 6:12 PM
So yeah, hopefully he's learned his lesson. Unless he reads another negative Code Geass review. That fandom is . . . off.

Vaguelyweebish Oct 19, 6:07 PM
I did, but I told him that if I caught him bullying anyone else, I'd report him. So he can't see my profile anymore. While it could technically be considered harassing him, people like him shouldn't be allowed to be free to treat others like that.

Vaguelyweebish Oct 17, 9:53 PM
I'm your "boyfriend" NickCipolla is talking about. After he harassed me for hating Code Geass and a lot of other people for not liking his favorites, I warned him that if I caught him bullying anyone over their opinions again, I would report him. He only did it once after that, commenting "trash taste" on someone's profile, so I didn't report him yet, but if it gets worse I definitely will.

Vaguelyweebish Oct 16, 9:42 PM
Since I was 16. I got into a few shows like SAO thanks to a school friend but fell out of it for a few years when I was fed up with most of the content on Netflix being trash. Now it's my primary genre of choice.
All Comments