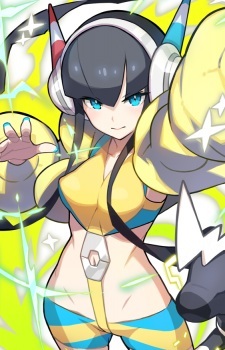 EfhhRacso Mar 29, 1:00 PM
Thanks for your reply, anyway, I forgot to mention I like your Re: Zero review too, that is all.
Thank you for taking your precious time to read this message.

> > Mashimata, though he did recommend the manga, so I won't rant on him to much. (Your Sousei no Onmyouji(Twin Star Exorcists) review, which you gave a 3)

I won't say that he is wrong, nor will I disagree with what that man said. In my opinion, the reason why I disagree with what he said was that Sousei no Onmyouji is still not an extraordinary manga itself, it does have less obnoxious characters(Or at least, the character does shine in the manga, unlike the anime), and overall, the story takes a more serious turn, characters actually die, they don't always have plot armor, and overall the story does not have anime-only characters which adds nothing to the plot. Overall, I think that you should give the manga a try, the manga is way better than the anime adaptation, the characters are less obnoxious & actually does stuff. (The link to the manga on MAL is this https://myanimelist.net/manga/60511/Sousei_no_Onmyouji )


This comment is not meant to be offensive in any way or format, if you are offended, I apologize for making you think that way.

Anyways, have a good life, and I hope you don't get swarmed with hate comments on you having a low mean score in the future.

Shaugen Feb 21, 6:36 AM
Pathetic loser giving out low scores to be contrarian

Ailasnuppiz Feb 11, 3:48 AM
Oooh, well… it might happen that she’s just bad at answering messages. At least I’m terrible at it, and sometimes overthink what I’m going to write. So hopefully for your sake she’s not ignoring you, just maybe bad with that kinda communication?
Or busy and forgets to answer :)

KonoSuba is a comedy parody title of the Isekai Genre and has to be rated like one. No one can expect a comedy to be equal to a serious Show at all.
If you disliked it then its fine, many people dislike different shows.
All Comments