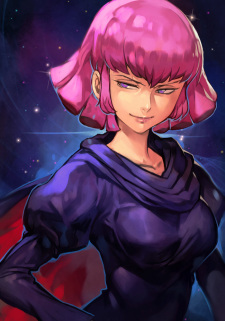 BrainHacker 7 hours ago
Hi just wanted to say amazing reviews on Ping Pong and Haibane Renmei. They perfectly describe how I feel about both shows also have a great day/night! Also do you ever plan to get back on reviewing?

Craftyslr Jul 5, 5:21 PM
I am not sure if I have told you yet but I REALLY love your reviews for both Haruhi and Cardcaptor Sakura! You have a great writing style and really summed up a lot of the reasons why I like both of them so much.

AndoCommando Jul 2, 9:09 AM
And now you feasting on Shokugeki

AndoCommando Jul 2, 1:32 AM
When you were telling me about Magi before I was surprised you didn't mention any of the grills :P

Same here dude. Apparently there's quite a few of her series available on manga sites

AndoCommando Jul 2, 1:15 AM
This was my fave Magi Opening... for pretty obvious reasons (EDIT: Okay idk why the timestamp isn't working. Go to 1.11 to see what I mean ;)

AndoCommando Jun 29, 9:36 PM
Benizakura is supposed to be a few episodes later than where I'm at rn. Anyways, Gintama has been a fun time so far with how characters bounce off of each other and how the series itself parodies other shounen shows and cliches. I'm usually not into much gag manga/anime, but Gintama has been holding my interest pretty well and I know there's some great drama/action arcs to come, so I'm definitely looking forward to that.

AndoCommando Jun 19, 3:35 AM
P.S how is the best MAL review on SAO and not by the legendary Biogundam? https://myanimelist.net/reviews.php?id=232492

CodeBlazeFate Jun 14, 5:19 AM
Thanks bbeh, happy to be here to jerk to another GOAT