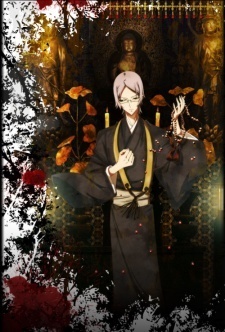 Sorry for the random commentary. But I noticed that you have 1971's Gegege no Kitarou on your list and as I'm very interested in watching it, maybe you could help me with where I can find it? (*_ _)人

Thx for your attention, I'm really longing to see it.

Ezekiel_01 May 19, 2020 4:23 AM
Hello, There some Random Visitors. I've seen you in the Kids on the Slope Forum. I think we share some similar interests. It would be nice to talk to each other sometimes. 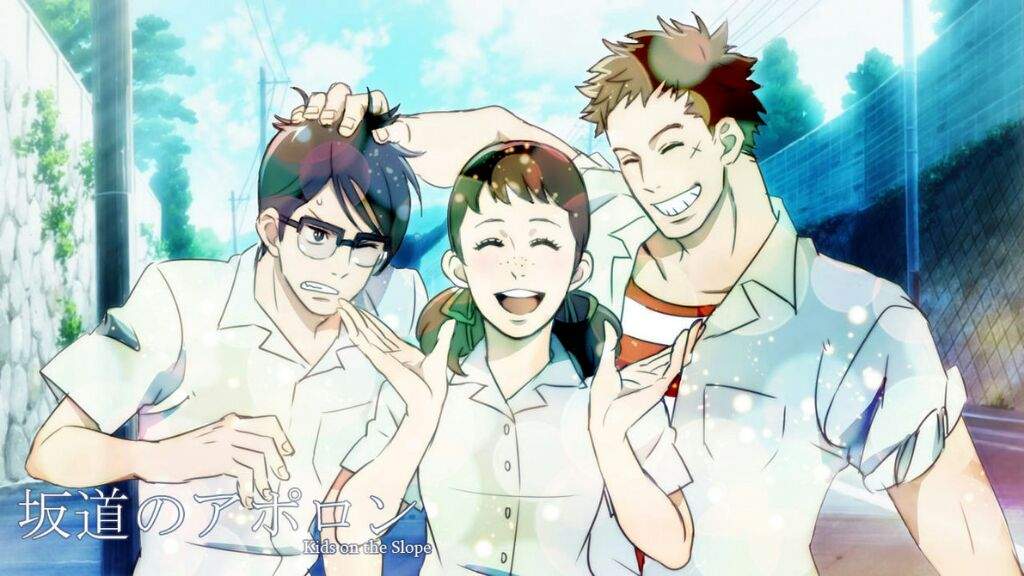 lanblade Jul 28, 2018 1:00 AM
Hi, are you the same octal9 from Kingmenu's blog? I was wondering if you ever did manage to archive that ep 53 of Big X. I'm waning a copy for myself but the link is gone from his site and he's been unresponsive to various people messaging. Apparently he's also subbed ep 12 though I can't find that blog post.

Kazami Jun 30, 2017 6:24 PM
I've been a fan of Nazo no Kanojo X since 2012, and I have many, many, maaaaaanny reasons to like it, one of the major reasons being yours, the unusual way to present love and sex, I think it's the perfect way to make the anime seems weird yet acceptable and sweet, and I absolutely love that!
One of the other reasons being the atmosphere and some of the artistic scenes in the show, like the sunset backgrounds they always show, and how the city is empty, like there's nobody else in the world, just Tsubaki and Urabe exchanging saliva, and that looks so beautiful.
There are also a few other scenes, remember when Tsubaki got into Urabe's room? It was a raining night, which, to me, resembled loneliness and vagueness, especially when Tsubaki left her after biting her ear, you could see the rain outside and Urabe was just lying there leaving a very shocked and sad face. That scene especially gave me goosebumps, it was so sad yet so beautiful.
There is also Tsubaki dreams, those were also beautiful and mysterious, I really liked them, the OST in those was perfect.
I've been wanting to watch Yume Tsukai for a very long time, I was just waiting for someone to recommend it to me, or say that it's good, or whatever. Cause I don't have much time to waste, you know? But since you said that you're enjoying it, I'll take that as a recommendation. :)
No worries, man. I know that nearly nobody uses MAL as much as I do, so that's totally fine, I even get replies a whole year after, sometimes :P
It sounds very interesting! I'm honestly not much of a manga guy, but since it's a recommendation by a fellow NnKX fan, I'll be sure to check it out sometime!

Kotoneko-chan Aug 4, 2016 4:54 PM
I'm really sorry for the late answer TwT It's a shame that it isn't completely subbed, but well, I'll watch some episodes anyway. I have a thing for old anime, and it's really frustrating when I can't find them :(
It's good to see another Ai Yazawa fan :) I have not read all her works yet, but I hope to do it soon. The way she portrays characters and their emotions is truly amazing. Paradise Kiss is the second manga I read and I'm really fond of it (I have to watch the anime soon xD ). Somehow, I like the ending, it felt kinda bittersweet but suitable at the same time. My only complain about Paradise Kiss is the one you mentioned, the length. I would have like to see more of the other characters.
I have Parasyte in my PTW list, but I couldn't watch it yet (I have a lot of anime to watch and I'm slower than a snail xDDD). But it looks really good, so I'll try to watch it soon.
I hadn't checked out Suehiro Maruo, but I saw that he's the original creator of Chika Gentou Gekiga: Shoujo Tsubaki, so I surely will check out his works :) I wonder if the film is the same as the manga Shoujo Tsubaki or if there are notable differences.

tatiiz02 Jun 23, 2015 7:52 AM
Thank you, I like your favorites too, Maison Ikkoku is a really good Rom-com , Hi no Tori is great manga if I remember correctly he have others manga I like a lot like Buddha,Black Jack,Adolf,etc and I have lot of manga I want to check maybe they are good, Vagabond is another great one but I guess it is not on the same level as Slam Dunk. Utena is great one even I found Mawaru Penguindrum on the same level, I like both . I haven't watch Yuri Kuma Arashi, one of my friends told me about because I like mahou shoujo but meh I don't know, I don't think It will be that great and it didn't catch my interest maybe at some point I will check that but not now so I guess I will enjoy it and like it after that I don't think It will be a good one. NANA is a masterpiece, I never though it will be that good, the only problem is that it doesn't have ending so I'm disappoiment that such a great manga doesn't have an ending ;-;, Ai Yawaza is great mangaka, I like her art, it is really beautiful even though I don't think her first manga are that good well not like NANA and Paradise Kiss but they are average I guess. It is really hard for me to choose one because I have a lot favorites lol.

sailormean Apr 15, 2015 12:27 AM
hi first of all sorry that this reply is super late! college and life in general have been keeping me away lately. and that's cool that you're still making music and all that, hope you guys keep it up in your endeavors. aside from (formerly being really into) singing and many failed attempts to try to learn keyboard or guitar i have no musical talent to speak of so it's always really impressive for me to hear about the process from actual musicians. (like for example my boyfriend is one of those people who can pick up anything and play it well, and even though he works in animation now he tries to keep up his music side project, and like, i'm always so jealous of how well and how quickly he can throw together a seamlessly dreamy synth/ new wave-y song that sounds straight out of the Drive soundtrack whenever the fuck he wants to. but then again he can't oil paint for shit and i can so i suppose we're even, lol) is your new stuff going to stick with a spacey shoegazey vibe or are you trying something new out?

and thank you!! i take it you're also into heavily symbolic, stylized/conceptual stuff in that case. I feel like it's hard finding other people who appreciate Ikuhara esque out-there anime/manga who aren't also 100% pretentious elitists. I like to think i'm somewhere in the happy medium?? i definitely enjoy a lot of sillier anime that isn't of much intellectual quality, but at the same time I feel like I've also developed a taste for what overall appeals most to me so my top favorites reflect that. and no actually I haven't read the manga or the anime yet for parasyte!! but it seems like i'll definitely need to, i've heard some really good things about it and since i'm also a horror fan i'm sure i'll be into it. it's a good time to start too since it's finished airing and i won't have to wait on new episodes~

sailormean Nov 18, 2014 10:58 PM
wow omg ok I don't even remember how I stumbled on your profile but you were in the band magnog??? That's seriously so cool, my absolute favorite music all tend to be of the 90's shoegaze-y post rock variety and I knew the song on your profile sounded familiar, it was on a mix CD a friend gave me back in high school.
All Comments