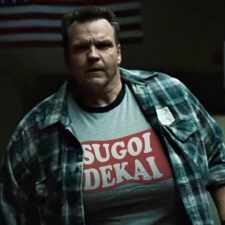 Ezekiel_01 Jun 10, 2021 4:03 AM
I can understand why people will dislike it, Stein Gate also has a lot of disastrous issues, it's Re: Zero in a way but less obnoxious. But Zero has nothing left to offer aside from intelligent AI made from Human Memories but other than that it's MEH.

There is some good stuff a guy would like in that series, there is some mind-blowing animation in gutbuster that is not yet common in the 80's cartoon.

Gundam has some very good independent OVA's like MS 08th and War in the Pocket.

Ezekiel_01 Apr 18, 2021 11:05 PM
I cant believe people consider eva an entry level anime for new comers and other mecha series are hard to watch like gundam. I think the opposite. A lot mecha series are design for casual audience but for eva is something you need atleast have some idea to the genre.

To me people should try gunbuster first. If they just want what pure mecha anime is all about. Giant robot action.

I agree a lot of evangelion fans are idiots. They act they know everything but they dont watch enough to prove a point.

Ezekiel_01 Apr 17, 2021 7:06 PM
>I used to give at least an 8 on IMDb to anything widely considered a masterpiece, even if I didn't like it.
I used to like EVA for the classic Robot VS Kaiju style battles, with some little psychology but maybe the fans that destroy my enjoyment of it because they see this show as some kind of unsurpassable amazing show. To show off you have better taste. They believe this show is flawless even though it has so many obvious problems.

>I did think Eva was very good - I sampled some 70's super robot anime and then watched it as one of my first mecha anime, so I suppose I had a more optimal experience than most.

I did give that statement to some people I know who praise Evangelion so highly. But they really just don't give a shit since in their opinion as long as they watch EVA, they don't need to watch any other mecha series because nothing will surpass it or will be better than it. This is absurd, the reason why I started to hate the fandom in the first place. Eva has its value objectively but if this type of anime makes people ridicule other series inferior or make people don't wanna try other series. Then it makes my mind go over critical.

I realize I really don't like the series at all. The characters have no value to a personal level to me and the story didn't explain anything on what heck is happening. If the show needs to have a fandom to explain everything and the show failed to do it then I believe it's a flaw.

There are some Jerks out there who claimed they understand the full story of EVA but mostly they just read Wikipedia pages for it.

What you do think of Evangelion as a show and what's your opinion in the Fandom itself?

For me, it's just an Ok Mecha Show with a ton of flaws but still have some fun moments. But for the Fans, they saw it as some kind of perfect show denies that there is something wrong with it, and will ridicule you if you do treat it like a 10/10 show saying just didn't understand it. For me, that's kind of fandom mentality is worst than VS battles or Wife Wars me. Since it's more like they are attacking as a person than a friendly fictional discussion. What do you think?

Ezekiel_01 Feb 28, 2021 5:29 PM
How Boy Gabi is such an annoying character. I really want her to die for being Nazi Fanatic even though technically she is only a symptom of a much bigger problem when it comes to indoctrinating young children to what they believe. This is why I super hate the military propaganda style of the show because this is actually a cheap way to brainwash the new generation. Buying fabricating false lies and exaggerating some inaccurate facts. But sadly this brainwashing by information manipulation is still alive and kicking today.

Social Medias is still manipulating and hyperbolic details to brainwash the masses but because we have the internet we can actually have the power to "Double Check" this Narrative. Just saying because right now I don't purely trust the media in my own country.

The concept of AoT Season is interesting about Facism and Media Manipulation but its so annoying and lazily written. The Maryles is more like 1 dimensional assholes. They try to present in the first 3 episodes the Maryles are people but in the End, All I see are Maryles deceiving eldians to kill each other.

And used the Eldians for there own personal gains. Bunch of Assholes.

Ezekiel_01 Feb 27, 2021 5:53 PM
I am not really disappointed with CGI Titans since in Season 2 we already saw CGI titans in WIT and it's not bad. My problem actually is the people that are CGI but coated in 2D interacting with Pure 2D Characters in the initial episodes. Some people move so weirdly that is nearly the level of Uncanny Valley.

In my opinion, WIT actually improves what the manga can offer by applying some mind-blowing dynamics and an update on character design. I'll be frank the manga is not really well-drawn like the anime can ever be.

And We got MAPPA who is just gonna adapt what WIT started but kinda feels like they are cutting corners. There is a scene that is obviously CG at first glance while there are scenes that are actually pure 2D animation. The inconsistency is out there. Feels like Berserk 2016.

WIT Kinda get away with the CG and 2D Mix since they used CGI in situations where it needed the most. Usually when there are action sequences like showing the 3D dimension of the setting to show up the thrilling atmosphere when combating the titans or the scale of the setting, combo it with the hyperbolic inertia of the 2D style and you got a very entertaining action sequence.

To me, I am not that guy who thinks AOT story to be amazing or great but I cannot deny for an action anime. It's bloody good for showing the rule of cool action of killing Titans. Which for me its kinda enough to consider it good.

Now I feel its magic disappeared in 4th Season. After the Battle with Warhammer Titan AOT got really boring again similar to Season 3 part 1 but this time the world building is no longer interesting because it is now base on World War II and World War I timeline.

Can you tell me is that Sakabe style or not.

Ezekiel_01 Jan 24, 2021 4:44 PM
Can't really say how fuck up the latest story of Attack on Titan is, since it been a while. So I revisited it, I will also reread the manga to make a clear comparison about the facts.

Japan History is sort of crazy if you look at it. A lot of kids love Japan now because of anime and manga but some are not aware of how disturbing the Japanese back in a world war that even the Japanese themselves are embarrassed to recall. Weird world we live in.

Most of the monsters are dead in Japan now so we cannot blame the children from the sin made by their ancestors.
All Comments