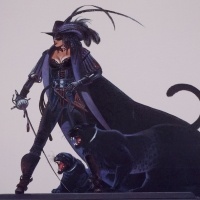 Kosei Jun 25, 2015 11:31 AM
Wow, large list but can't help but LOL at the thing about not liking giant robots yet you have Gundams chrono order XD

ThEoNePugNA Jan 3, 2015 5:34 PM
Thx for all the great recommendations with genres around the forums! Are you active somewhere else or you don't have the time to post anymore?