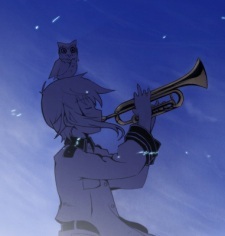 Teirayo Jul 25, 9:20 PM
I have not really talked to you but happy birthday!

I saw it on my main page I am not stalker!

RobertBobert Jul 25, 7:01 AM
Well, I hope it won't be difficult without anti-shipping and political themes.

RobertBobert Jul 25, 6:42 AM
I never thought you were aggressive or abusive. Rather, I considered you "someone wrong on the internet" type. I do not mix well with such people in disputes.

RobertBobert Jul 24, 3:40 AM
I understand why people resent the fujoshi label, but it still makes it funny how BL-obsessed people deny being fujoshi just because the word has a negative connotation in certain contexts. I'm generally sarcastic about people who abuse labels. This is reminiscent of the thinking of memetic people with faveclas and pitchforks.

RobertBobert Jul 24, 3:05 AM
Well, don't get me wrong, I don't have a problem with whether you're heterosexual or not. It's just that I rarely meet people who can enjoy this kind of content without real attraction or trying to be trendy/woke/etc. I can't stand straight men who pretend to be interested in male gay content for social gain.

I have never used this word as an insult. I think it's natural for a woman to be interested in this. Rather, it has become something of a label as the current fashion is to use incel as a replacement for nerd.

RobertBobert Jul 24, 2:41 AM
I noticed that you like BL shows and often defend fujoshi on the forums. Is it just a matter of taste and community, or do you have any interest in male fanservice? Well, you get what I mean.

RobertBobert Jul 24, 2:08 AM
May I ask you an indiscreet question?

ilalochezia May 22, 12:37 AM
Interesting, I didn't expect our affinity score to be this high.

AnimeFA78N Dec 11, 2021 3:01 AM
Just saw your answer in my thread really liked it. People here trash anything nowadays and starts to think they are some masterminds with great creativity and everything should be original to be good.