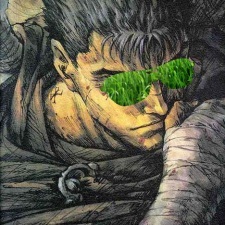 JizzyHitler Oct 20, 2019 8:17 PM
oh just one little aside that I kind of already said about the series, Turn-A and IBO are the two series I recommend not getting into until ouve watched a fair amount, both are massive departures for the series with Turn-A being the bigger one, it won't make a big difference if you watch it soon or anything but like it really pays off to not watch it until you've seen the UC up to CCA as well as the AU's before it (G and X at least, I don't recall any overt reference to Wing) Ibo is a bit of a different one, but basically some tropes are really gonna be run into the ground especially with entires like wing, seed and age which border on ripping off of the earlier UC entires. IBO is much more recognizable than Turn-A is for sure and it has alot of similarities at first, but its entire approach is very different and those similarities quickly turn into subversions as the show transitions into the 2nd half, its not flawless and the final and its overall message will be divisive no matter the knowledge before it cause its fairly unconventional in what it does but it really helps to of seen alot of the series before it before going into it to fully appreciate at least what its trying to subvert.

Only really saying this cause they are two of my fav entries despite their polarizing nature and I do think certain expectations are best set before them.....and also an excuse to bring up they both have insanely good soundtracks

JizzyHitler Oct 18, 2019 8:08 AM
gundam is a big mixed bag in terms of morality or rather its portrayal, 079 is a good example of how it typically goes or at least tries to go, which are the soldiers themselves are usually genuine people just fighting for their homeland but the higher ups are typically more corrupt and abusing that patriotism. Theres almost always evil characters but in the better series they arent too comical, like 079 could of easilly made the zabi's the primary antagonists but instead puts all the focus on char who was far more complex. The think i generally like about the franchise and mainly the UC is that the "good guy" side really arent the good guys. Its downplayed a little bit in the movie trilogy just cause alot of the stores were admittedly kind of episodic but I really love that the federation really isnt all that much better than the zeon, hell people still debate who was actually more in the right and it seems like people tend to lean on zeon more. Like theres definetly alot of comical over the top villains especially in zeta, but think it mostly has a balance and its typically pretty consistent with a positive portrayal of foot soldiers.

But of course keep in mind after the main UC entries its a constantly shifting staff for each series with drastically different tones and all that so results vary massively. I would say zeta is the worst of it with comic villains though just cause anyone on the titan side that sees fault in their actions just ends up defecting or dying immediately kind of ruining any complexity, and While I do like the main antagonist of zeta alot cause hes so manipulative, he is also just one thats evil to his core with no nuance.

As for the kammile negative hype, I was basically in the same boat, I heard kammile was a bitch but I have a love for flawed characters that grow, and as long as I see the use in the character acting out for potential development I am all for it. But yeah above that.....like kammile was entertaining, I get why people could be annoyed, but come on the dude's anger was funny as fuck sometimes and its not like he was getting portrayed as some allmighty hero always in the right when he acted out, he gets the shit kicked out of him regularly theres a balance there from making him get too bad.

Lastly as for going through the series from here, just a fair warning to not bank too much on certain entries, i dont think your going in expecting masterpieces or anything for it all but its always good to keep an open mind for alot of them and not setting things up too much beforehand with how different they can get. In the same way I have found value in pretty much every main entry (barring seed destiny and g-reco) even some of the shit ones I also see glaring flaws in....pretty much all of em too and its a real test of how much your willing to forgive some things. This is a franchise with alot of executive meddling and it really shows sometimes, 079 is basically the only one that kind of avoided it and even then thats one of two series that was canceled before it got its 50 episodes, so just prepare for alot of fuckery at least in the TV shows, the OVA's typically are pretty free of this though.

So the thing about stardust memory and the franchise as a whole honestly, is that you really shouldn't take the general reception too close to heart and actually try them out for yourself. Cause it seems like everyone has some sort of unpopular opinion about some entry or the other once you actually dig deep. A personal one for example are I adore Victory gundam, an entry generally considered one of the worst, while flawed as hell and having some absolutely bizarre moments I also think it has one of the most likable protagonists in the series and some of the most atmosphere that the good outweighs the bad for me. So for stardust its still worth going into and all despite me or others ragging on it so hard......now to rag on it hard, stardust memory sucks so fucking bad man, so its not some like amazing trainwreck or anything, its killer flaw is simply the main characters suck hard, the plot itself and how it sets up zeta gundam is actually super interesting and has some nice fanservice, but outside of that the relationships and motivations are just messy and at points near the end downright irrational.

Anyway getting off of ragging on it too hard and back to more posititve, yeah Zeta gundam is alot of fun and aged way better than the previous series even though on a thematic level I grew to prefer 079 more. Kammile is just one of my favorite protagonists in the series and maybe even my favorite, I love how much of a flawed angry kid he is and the progression of his character coming really face to face with the mess he got himself involved with, and honestly I loved him from the get go even when he was meant to be unlikable, I was expecting him to honestly be a reluctant character kind of like amuro actively trying to avoid all conflict, so when I started it and hes going around punching facists in the face and stealing mechs within 2 episodes I was just having a ball with him mainly cause I could see they were clearly setting him up to develop as it went on. On top of that zeta just has loads of energy and lots going on with the plot so there was alot to like even if I do think it suffers from some irrational characters (katz comes to mind), I will say however the big thing i always dislike about zeta was how its alot less morally grey cause the titans are just so detestable all around contrasting the zeon which were loaded with good people fighting for the homeland, in zeta the titans are kind of just like "ehh fuck it, lets gas a colony of civilians why not"

as for ZZ, I dont know what to tell you honestly it is hard to get through but it actually leads into alot of stuff for unicorn that will pay off if you watch it even though CCA largely ignored it. I personally say its worth perservering through cause there are things to like scattered in the mess that it is overall but I also recognize its a long one and honestly on its own really not worth it. Be warned to not burn yourself out of the series going through it and if its really just the worst fucking thing for you, just quit and watch CCA instead, hopefully youll like CCA more than me (love it or hate it, super divisive) cause I sure as hell dont and it was depressing going from ZZ to it as a one two combo of not great entries for me. Watching War in the pocket right after actually is what brought me back to the series. Then after that I started doing the AU series and that just keeps you going cause each entry feels so its own even when they are taking alot from the originals or not. I honestly have had enjoyment with each one to varying degrees both ironic and unironic, that is all except for seed destiny, that one actually is the worst shit ever. IBO and turn-A are probably my favorites from the AU mainly cause both go so out of their way to differentiate themselves from the rest of the series, Turn-A is like a weird ghibli movie and IBO is a downright subversion of the franchise's tropes with a super unconventional and as a result divisive finale thats just unlike anything else in the series, coincidentally both are also the least action centric in the main series to some people's dismay but I actually prefer the non mech parts of gundam the most.

Guess for conversation's sake, I saw your actually making your way through gundam which is surprising cause i recall you saying you didnt care for mechas, and thats like the most mecha series out there. Its loaded with flaws and fluctuating quality but I think its a rad fucking series to go through and I'd take this moment to shill war in the pocket above anything else, which has the least action in the entire franchise and is told through the viewpoint of a civilian child at the tail end of the first series war, its a super unique series and does kind of stand out massively from every other entry in the whole franchise.

thanks my guy, it was great. I got off work early so that is always great.