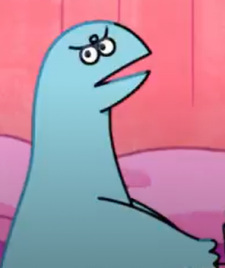 I made my Re; Zero Review. Heres the link: https://myanimelist.net/reviews.php?id=335912 hope you check it out.

Raging_Berserker Apr 5, 11:13 PM
Mehn, I'm doing alright. I actually just got back from work. Hopped on my system. I just finally decided to lay down a response on here before I get too busy with my real-life issues. How's the pandemic handled over there though?

GoldenDevilGamer Nov 2, 2018 10:08 PM
Thanks ^_^
Surprisingly I survived another year. I thought university would kill me by now :P

It's safe to assume I don't know any K-Drama that existed or is in existence after the year 2014. I haven't heard of the show you mentioned, I don't think I'd fancy it, sounds like Romance all over. Anyway, never that. Around 2 weeks ago, I started re-watching Jumong series after never finishing it back when I was in high school. I didn't last long on the re-watch though. Hopefully, I continue at some point in time. I hardly get time to watch movies or TV shows to be honest, when the fact is I got tons of free time. I'm on my long vacation after all. They don't freak me anymore to be honest.

I'm not a fan of Romance across all boards on Entertainment media. I guess I can give it a pass in terms of music, but outside of that, nahhh fam. All that feel emotional shit ain't for me dawg, I'm too stoic.

I will say around 2014, I did watch a K-drama series. I can't remember the title any more, may be you might know it (I might carry out a lil research after sending this reply of mine). Lemme try recalling what I remember about the story-line. It was about a seperated couple that were both in the medical field. After a while, they started working in the same hospital and they eventually got to fall in love with each other again. I think the dude didn't turn up on their wedding day because he wasn't feeling the babe anymore or probably the jitters? However, fact is, they didn't get married any more. The babe after the whole issue (it was bad for sure, she's the weak emotional type) decided to chase her dream of working as a nurse (having no experience in the field at all right? I can't recall), so she became an intern (I think?) at a hospital. It also served as a means to toughen herself up. The dude was a doctor though (or not?), if I remember correctly. They both didn't know they was gonna be working at the same hospital after the whole fallout and not contacting each other anymore. So, plot starts up, they find each other working in the same hospital. The whole awkwardness thing plays out between both of them, she being a total clutz in the hospital, she being labelled as a bit of an old hag by her colleagues (including the ex-fiance) and others. Over time, her kindheartedness and dedication did help her succumb and gain trust a bit from others in the hospital. The ex-fiance started falling for her all over again, they found themselves in a few scenarios. If I remember correctly, the dude was younger than her and he is tagged 'the hot doctor', so he was definitely getting attention from the opposite sex. I guess by now you get the whole series, it has the ER or Greys Anatomy TV show feel (if you know both of them). I liked it because they kept the medical practices in the show fresh and not overly about the rekindling of the relationship between two ex-lovers. And now, I'm done from all that typing haha.....

I recently started rereading Imawa no Kuni no Alice. I haven't been reading comics overall in weeks. My friends online were getting worried lol. I'm not with comics right now unfortunately. I already don't watch anime and other shit, as I've said before. I just stream videos on YouTube and listen to music on my PC nowadays. Fuck! And yeah, working. Outside of that, I literally feel like a NEET and I do got a job. IMAGINE!!!

How was your week fam?

EDIT: I found the title of the show. It's Emergency Couple.
https://en.wikipedia.org/wiki/Emergency_Couple