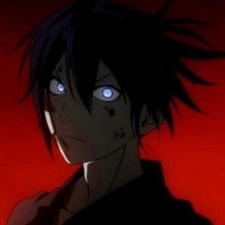 Ren-Amamiya Feb 5, 3:36 AM
Sharing game (the downloadable one) with other account? i was doing the same thing, but at the end, i was the only one spending money on the playstation and the other were getting all the games for free so i stopped because i was the only one buying game so i kinda feel used x)

Ren-Amamiya Feb 4, 4:39 AM
Oh, same, Final Fantasy 7 is the first final fantasy i ever played and i loved it even if its an old game (i like retro gaming too anyway).
Now i just bought FF8 remaster on the switch :) It look reat, cant wait to play.

Haha, for some reason, castlevania style are named Metroidvania x) Have you played to Bloodstained ? Its the same creator than the Castlevania serie, it was really good ^^

Ren-Amamiya Feb 3, 9:07 AM
I love the switch and i have a lot of game on it so if you need recommendation, i have some :)

I played to Tokyo Xanadu and it was really fun!
I also played to the old Final fantasy 7, cant wait for the remake!
Indivisible look very good! Do you like it so far?

So you plan to buy a switch?? Any idea of the game that you want ? :P

Oh, mostly rpg games! Tales of serie, Dragon Quest, Nier Automata, (of course, Persona 5). I also like game like Spyro and Crash Trilogy!
How about you?

Ren-Amamiya Feb 2, 8:12 AM
Same! Persona 5! It was such an amazing game and it's probably one of my favorite Rpg ever now!
Im a huge gamer btw, i Play mostly on PS4 and Switch :)
fire Emblem threehouse was also a very good game ^^

Tekken 7 is fun but im not very good at fighting game sadly! I Play as Jin tho :p Who is your main?

Ren-Amamiya Feb 1, 9:09 AM
Thanks for accepting my Friend request :)

ToosokaRin Dec 14, 2019 1:19 AM
Hey thanks for the birthday wishes a year ago. I know I am super late to be thankful for them, but I didnt even log onto mal much in 2018. I hope you had a wonderful birthday this year.

fatedKujo Dec 4, 2019 11:11 PM
Welp just followed you so that makes it easier lol
All Comments