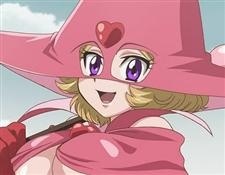 Berry-Vodka Apr 22, 4:49 PM
hey would you mind telling me where i can watch the mazinger ZIP episodes? thanks

babydave371 May 7, 2017 6:07 AM
Yeah, that whole one was pretty bad and I realised that it was more in the style of Ishikawa than Nagai. I was super rushed for that post so I didn't do as much research as I should have done. But thanks for taking the time to read it anyway!

Furrett Oct 31, 2015 11:39 PM
Ahh, I just saw this. It may have been as dense as RE: Cyborg but I bet it would have been put in a way that actually made sense. Unless you're implying that the God's War we got manga wise (that is as esoteric and as bad as RE) was in line with Ishinomori's vision which, hahaha, no Joe Onodera fucked that up big time because he's an idiot who purposefully ignored his father's final notes and wishes.


Look, I'm not saying I believe Cyborg 009 is just simply a good vs. evil cool fighting story, I know there's a lot more going on than that. But there's a way to do deeper themes than hoity toity psuedo intellectual 2deep4u bullshit that RE: and God's War reek of.

Shura-shurato Nov 4, 2013 7:37 AM
i know the violence jack ova´s too well, but only part 1 and 2 are worth watching to me , it semed that the 3rd episode had worst animation than the others. still, the blood flows though