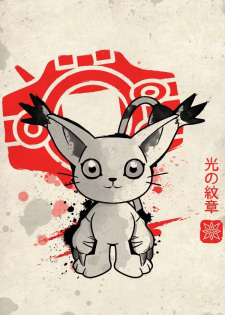 Rejuvenated 7 hours ago
Idk if this counts as spoiler or not, but I'll put in a spoiler tag just in case.

Mc basically joins a bunch of pillagers who attack villages and murder and rape. Not because he agrees with it, but he still helps them do horrible things. And also, the secondary (and apparently most likeable and well written) main character, Askeladd, is the leader of said rapists and murderers.
I personally could give a shit. But I don't know how you'd feel about this. I recommend just watching it to see for yourself.

112z Yesterday, 11:47 AM
I reserve my scores because I have an obsession for my rating graph.

Rejuvenated Yesterday, 2:59 AM
DigiCat said:
How's Vinland Saga?
It's amazing. Though, there are some themes you may not like.

112z May 21, 12:23 PM
I forgot to tell you I am a hispanophone, and I found more comfortable to reading the subtitles in Spanish language, but I can read a manga with English translation with no problems.

Kurt_Irving May 20, 10:30 AM
I meant to say Marol's government in the third paragraph. Other than that, I'm thinking of playing more Dark Souls.

Ah yes! Satsuki Yukino is going to have a birthday in five days. She's one of the reasons why I love Zone of the Enders, Generator Gawl, Madlax and even Trigun.

By the way, I was replaying Zoids Assault. Not because it was my Christmas present, but because I wanted to make sense of details in its story. Yes, it's a pretty deep war story and I'm still under the impression that Marol's is that similar to America's.

In Layman terms, it's about a squad of highly skilled zoids pilots working to keep peace between two countries during a cease fire. They also have to destroy a city busting cannon that sought to blow away the entire constitutional republic of Marol.

Too bad the game didn't explain how much area said cannon covers compared to the hydrogen bomb. Even comic books don't explain exactly how much area a city busting supervillain or metahuman can cover sometimes.

Fine, how about you?
Fine means... some working, some time with people in my environment, some anime, some writing haha

You're giving Rainbow a 3???!!!
Any anime which is darker dosen't mean it is good or great. Monster and Parasyte are another few examples.
The things that Rainbow shows is too unreal. Like every guy in the show is arrested without doing any serious crime. On top of that they were just teenagers. So I don't understand why they would be send to jail.
In the whole show only the members of 2-6 are punished and tortured. I didn't understood it why?
Sakuragi have must known a secret but it doesn't mean all other members in his cell should be tortured.
Thing thing I hate the most in this is the 'power of friendship'. People who have lived a harder life find it difficult or trust each other but here they easily become friends and they are even ready to die for each other. These dosen't make any sense .I always find it difficult to make friends. I would definitely hate overuse of power of friendship.
Sakuragi's character would have been better if he was some serious leader type guy rather than becoming one with the others.
This shows looks like any other shounen. I like shounen but ot dosen't mean I am a fan of Naruto.

As for Vampire in the Garden, I have corrected my score. I felt that it could have been better if it was long enough. Though it was bad, I kinda enjoyed it.

Happosama May 18, 1:11 AM
The only series I know of with a Character that owns Rollerskates would be "Monster Farm" - or "Monster Rancher" as it is known in my Country because there already was an unrelated Cartoon Show called "Monster Farm" that was released earlier - which is basically, let's say, somewhat like the 'less popular', kinda-'retarded' little Sibling of "Pokemon" & "Digimon" (Other Background Story, same principle: Humans training a diverse range of cute 'lil Critters for Round-Based Fighting Tournaments, and occasionally for achieving/avoiding World Domination). But there was no black Alien-Thing (At least none that I remember)...

Hope this still helps you. ;-)

Fario-P May 17, 5:26 PM
Tomo-chan is indeed a very funny series, give it a shot! And no, YGO dvds around here are only English dubbed... I am aware that there were attempts to release official English subbed DVDs, but they only made a few ones cuz I guess it didn't sell well for some reason. I'm fine with just the manga and a DVD of Dark Side of Dimensions anyway, the original manga's so zetta good please read it :P

DigiCat said:
If you know any obscure shoujos from 90s/early 2000s let me know, there's a bunch i watched as a kid but don't remember the names :(
I dunno if I really know that many obscure shoujo (mahou shoujo for sure but shoujo? i've read more shoujo manga than watched shoujo anime lol)... but maybe these might be of interest?

those are just some I know of that MAL put shoujo tag on, haven't seen em all though


Acting, that's nice!
So u going to try again this summer?

MacchiaStella May 16, 7:14 AM
I'm majoring in computers, the classes I'm currently taking have nothing to do with my major tho (I need them to graduate for some reason, what a waste of time 😣)

And I've been working at my two jobs, in which I have to work at the register and deal with people 🙂 pain


wbu? U in college or sum like that?
All Comments